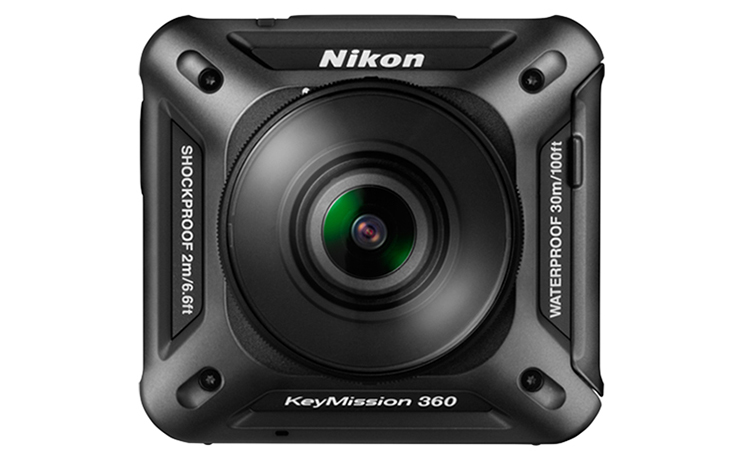 The KeyMission 360, an action camera equipped with a 360° video recording function

Don't like that effect very much. It needs a gyro like on the Gitup Git2 to correct that wavy effect, and they need to join the frames together correctly, there is an obvious join with a gap! Surly Nikon can do better than that?

Yeah i saw that line in the footage too, and sure for a true video bubble that wont do, but i assume this is a software fix.
4K footage allso appeared a little "soft" to me ? footage dident appear that crisp as i would expect.

Seemed a bit large at least compared to a regular actioncamera, but i do like tha as is 30 M waterproof, though that in itself include some perils to have the camera out there in the elements.

Jared, good luck retrieving the camera when, or if, it returns back to Earth, to check those amazing pictures from from outer space.

All you need is some form of tracker, sending stuff up high with a baloon is everyday for ppl around the world.

For the most its around a 2 hour flight, and you can even launch and land again in a little country as Denmark.

PPL have launched all kind of stupid or funny things, i saw some one that launched a RC glider plane with FPV