I hope this does not accurately portray our future.

well in this day and time, maybe we should recall that the Spanish flu killing 50 - 100 million people during and just after ww1, well it should be named the American flu, cuz that's where it came from.
Patient #0 was from Haskell County Kansas.

kamkar1 said:
well in this day and time, maybe we should recall that the Spanish flu killing 50 - 100 million people during and just after ww1, well it should be named the American flu, cuz that's where it came from.
Patient #0 was from Haskell County Kansas.
Click to expand...

Interesting article in today's The Atlantic Magazine by Jeremy Brown, emergency physician and author of "Influenza: The 100-Year Hunt to Cure the Deadliest Disease in History":

"The Coronavirus Is No 1918 Pandemic"- 'The differences between the global response to the Great Flu Pandemic and today’s COVID-19 outbreak could not be more striking.'

Back in 1918 at lest in the UK, the Chief medical doctor ( government level ) did write a memorandum and then put it in a drawer, and went O well we must carry on with more pressing matters ( the war )
1 doctor in Manchester was responsible for probably saving a lot of people, just by informing people and as far as i can tell out of his own pocket.
The flu was also the reason a London hospital had the audacity to hire 2 women doctors after their chief doctor collapsed from the work load, women as doctors on a hospital was something totally new back then.

The fly ravaging US Army barracks was also handled pretty bad with warnings, even letters to the white house getting ignored.

On a personal level today, on Monday i ordered some things on the internet in Germany, i have had absolutely zero response from the company i dealt with a few months ago and then was very responsive and helpful.
I have also ordered some things in China, but at least they said "covi have decimated our workforce so only a few come to work, but more are expected to come to work soon, and orders will be fulfilled as fast as we can"

Danish health officials have said they estimate 190.000 Danes will catch this bug, so far 10 is confirmed, and around 100 people that have been close to those are "isolated" in their homes.

Important to remember that this new one is just a cold virus, not flu influenza. Currently nobody has immunity so it will have 10 years worth of effect in 1 year, but it is just a cold.

yeah. every year a lot of people die from the regular flu, mostly elderly or otherwise weak people.
Maybe they are just fearmongering, cuz it is strange with all the media attention this get.
OP
C

I would think that not buying anything straight from China at this time cuts your odds of getting an item with a bad virus on it down greatly.
We do not know how long the virus lives. We might receive something from China that is has the virus on it.

I know. other countries are also getting the same infection. We can only try to be careful.

I think i read that chance of getting infected from a parcel from chine are next to nothing, the conditions for a germ on a parcel during shipping are not good.
The little buggers dont last long if they are not inside a nice warm host.

I didn't take any chances when my order arrived from banggood earlier this week...

Gibson99 said:
I didn't take any chances when my order arrived from banggood earlier this week...
View attachment 50804
Click to expand...

If the parcel took longer than nine days in shipping (according to a single study) there would apparently be zero chance of any virus surviving the journey. Generally, the virus should become deactivated far sooner than nine days but if the conditions are very cold it can survive longer on surfaces. This is similar to why the flu season subsides when winter ends. I can understand the concern though. Sometimes it's better to engage in a ritual that makes us feel safer even if it may not actually have any tangible effect. Nevertheless, I've had the same thoughts about what to do when my recent Banggood order arrives. UV light or mid day sunlight could be an option just to be extra safe.

So, I placed an order from Banggood a few weeks ago and just yesterday I received an apologetic notice that shipping of my order would be delayed for two weeks "due to an adjustment of the Spring Holiday Festival as our logistics company partners are still on holiday and will ship it out once they resume to work."

I wanted to send an encouraging note telling them to take as long as they needed but the email I received was "notification only" with no easy way to reply even though the message included: "If you have any questions or require any further information, please do not hesitate to contact us."
Last edited: Mar 6, 2020

Hehe good you are not my friend, he do bad with stuff like that.
For instance in his last job they had a boss for his section, and he often said "just tell me" only to at once turn around and walk away.
Aggravated the hell out of my buddy.

Today i read recommendations regarding the virus, it said no kissing and no hugging, and i don't do either CUZ #1 i don't have a girlfriend / wife and #2 i am not French so i don't go around hugging everything with a heartbeat.
Cancellations of events have started here, major leagues soccer games will be played with out a audience and so forth.

Hmm... I ordered my stuff I think Feb 21, and it arrived earlier this week. Maybe tonight I'll be further disinfecting some parts at high temperature. The disinfection will have the pleasant side effect of electrically connecting everything on my new quadcopter frame.

I am waiting for a parcel from S Korea, and China too, fortunately i have no tracking on either so i cant panic as the parcels get closer, some day a guy will be in front of my door.
Hopefully with parcels and not a scythe. 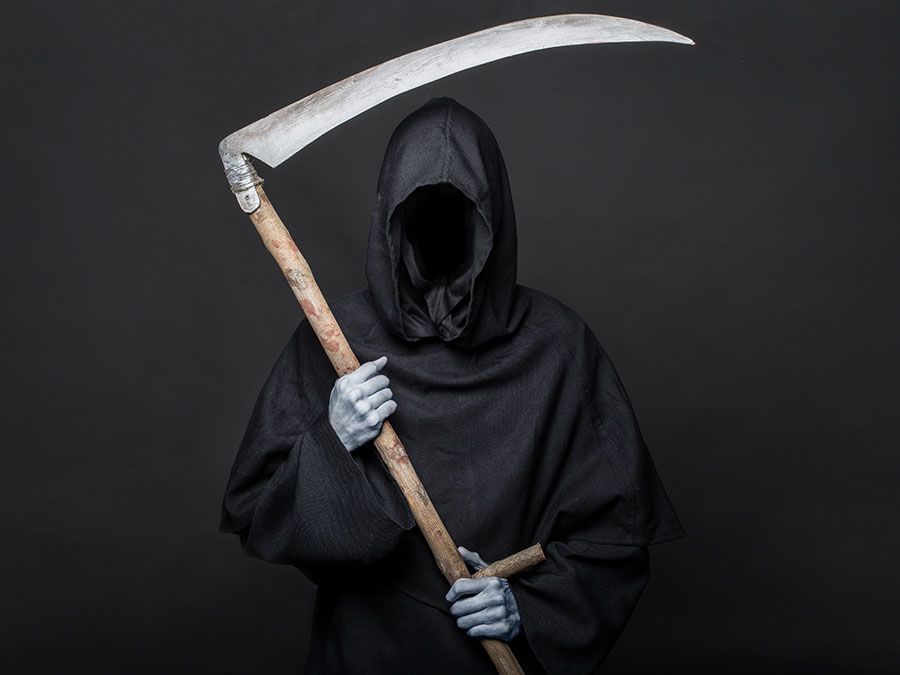 Funny linguistic knowledge a scythe in Danish are called a "Le", Le also mean laughing in Danish.
No idea why a sharp farming tool and laughing should spell and pronnounce the same, some times i feel the people that came up with Danish are not that inventive.
Last edited: Mar 7, 2020
S

Well at least it's not the Spanish Inquisition

Better than Mel Brooks version, then again i tend to favor mad humor.

I'm not a "prepper" per se, but I've lived through enough (and seen far more) to know that it is wise to be able to take care of yourself by yourself for awhile with what you've got on hand I was 'ahead of the game' but I did buy some extra canned goods, gloves, and masks a few weeks back when it was clear what was going to happen to supplement what I already had. I also added some extra gloves and hand sanitizer to the vehicle. One confirmed case about 40 miles from me along with a few others in my State. Like the regular flu, this is going to spread and about all we can do is let it run it's course as we try to dodge it's effects- there's certainly no need to panic or buy things you'll never use

I fear that there's not going to be a lot to smile about in the next few weeks as the rest of the world deals with what China has already had to Be safe my friends.

I would be screwed if i got this bug, and got "isolated" in my apartment, cuz i have to go shopping every 2-3 days, and i have no one to do that for me aside for my friend.
Okay my sister too but she don't have a car so would have to take the bus or train up here, and that i would not ask of her as i would like no one to ask the same of me ( using public transport )

And i cant do home shopping as i do not have verified by visa as that entail me signing up for something public i do not trust, so i cant even order a pizza over the phone.

PS. i just read i can not buy a car cash, seem like it is illegal for a car seller to accept a high cash amount of money,,,,, and im like so what if i win the lottery i can not spend my money in Denmark it seem.
OP
C

Could this sign work as a traffic ticket vaccine?