jokiin said:
not sure what the thinking is as to why we need 150 million doses with a population of 25 million people, something doesn't sound right

Much better than Canada!

Canada has purchased some 200 million doses for its population of 38 million.
Click to expand...

has nonetheless elected to take 1.9 million doses from COVAX.
...Canada is the only G7 country on the list.
Click to expand... 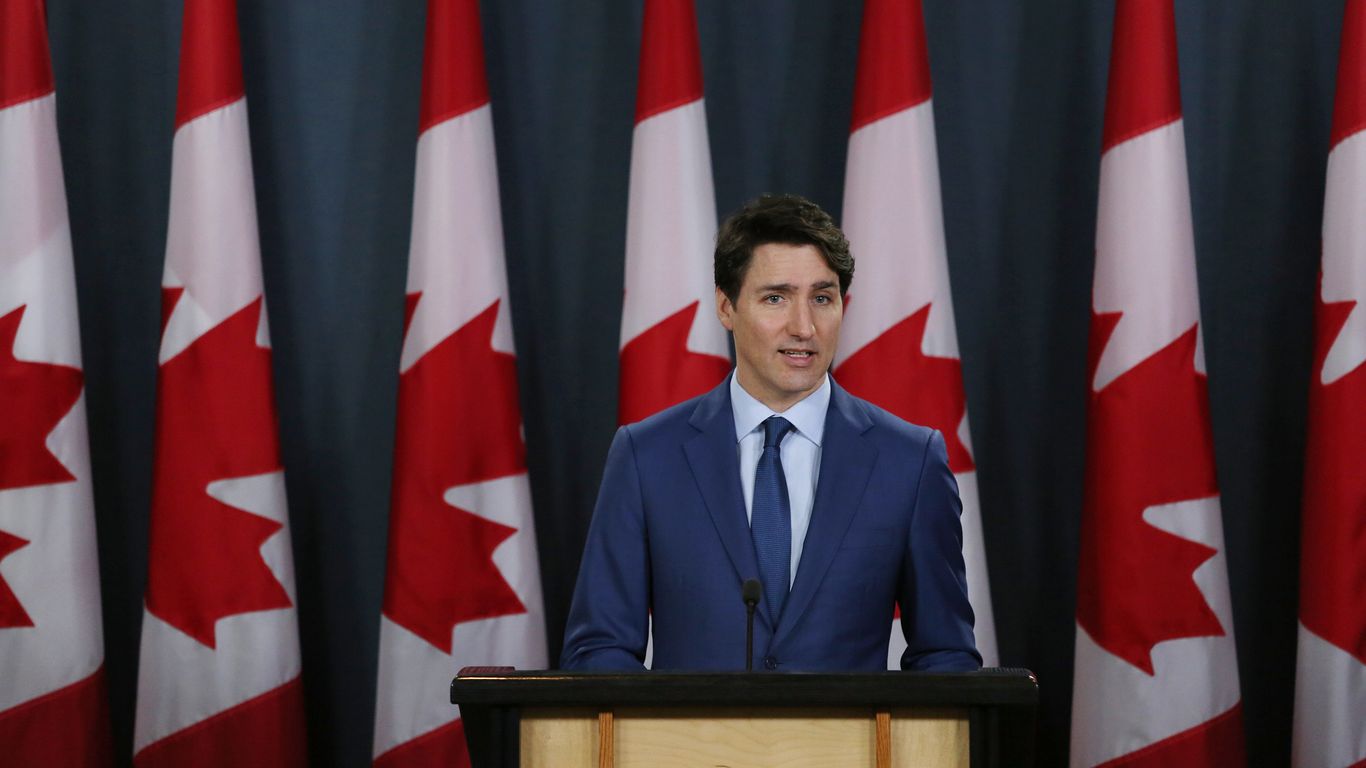 The initiative will mainly serve low and middle-income countries.

The Canadian government is facing backlash for its decision to take 1.9 million doses of the Oxford-AstraZeneca vaccine from COVAX
Click to expand...

If you get the virus here, at work, though how are you going to prove you got or did not get it there.
Anyway it is then like any other workplace injury, and so you will be in titled for both this and that here, already 3000 such cases have been filed.

For those who still think that masks don't work!

While numbers here keep dropping rapid ( just 1 dead today ) then the share of the British mutation are on the up, and now account for 20% of all positive tests
What bother me the most is the cold weather hovering between a couple of degrees frost to -10 degrees, and with no sign of that letting up anytime soon.

The issue of COVID mutations has become increasingly worrisome. A 45 year old man with severe autoimmune disease, which required him to take drugs to suppress his immune system survived 154 days, recovering and falling sick repeatedly. During this time researchers extracted coronavirus from the man's body and sequenced the virus' genome. They found the virus wasn't picking up just one or two mutations at a time but that it acquired a whole cluster of more than 20 mutations and that some of those mutations help the virus bypass detection by antibodies. The patient was treated with monoclonal antibodies, from Regeneron and evidence suggested the virus was developing resistance or escaping from these antibodies as well. Some of the variants are proving to be more contagious and more deadly.

Other teams around the world have reported similar cases in which the virus evolved rapidly inside an immunocompromised person with a chronic COVID infection. There appears to be a possible relationship with the UK and South African variants and this phenomenon may be going on elsewhere in the world undetected. It is possible the new variants arose inside people similar to the man in Boston and these new variants could mutate again and create even more dangerous forms of the virus.

I am afraid some of these vaccinations are tailored too pressie and so dont take much in the way of mutation before they are useless.

We need something like a 00Buck short for this virus

kamkar said:
While numbers here keep dropping rapid ( just 1 dead today ) then the share of the British mutation are on the up, and now account for 20% of all positive tests
Click to expand...

I don't think that matters, it has been shown that the British mutation spreads a little easier (1.35x), so it is inevitable that it will be the last to disappear, so you should expect the % British to increase as you get near to zero cases.


kamkar said:
I am afraid some of these vaccinations are tailored too pressie and so don't take much in the way of mutation before they are useless.
Click to expand...

It has been shown that the British variant has exactly the same symptoms and hospitalisation rates as the normal variant, it is no more dangerous, and the AZ vaccine does appear to 100% prevent hospitalisation with normal, British, and South African variants.

Also, it doesn't appear that you are any more likely to catch the British variant after already having had the original than you are to catch the original again, about 0.7% of people so far have had it twice, the second time with only minor symptoms or asymptomatic.


kamkar said:
What bother me the most is the cold weather hovering between a couple of degrees frost to -10 degrees, and with no sign of that letting up anytime soon.
Click to expand...

Yes, it would be nice if it warmed up, but your cold has arrived here today, was 14°C a few days ago, tomorrow is forecast for 1°C!
However light levels are increasing fast now, which should be helping the virus disappear in northern areas, make sure you get outside for a while, even if it is not exactly sunny.

I wonder how the resistance to masks was back then, probably small as people was more trusting of the state, one could argue almost socialist like just gobbling it up.
FF to today and Americans not being trusting at the same level anymore, and having much better means of educating them self it seem like many people have not become smarter, but rather choosen to listen to the snake oil vendor.

Anyways not problems for Americans alone, and there are also people out there that beat the worst of them hands down while not even trying to.

I dont give a damn in regard to the virus, but i do wear a mask when i am out shopping but in a strange mix of consideration for other people ( small part ) and self preservation ( larger part ) as i do not want to go to jail from confronting someone that would be terrible butt hurt if i did not wear a mask.

Just got a piza tonight, and no one there was wearing a mask, i even took mine off shortly after i entered as i had walked to the pizza joint and was near collapse / choking when i arrived.
Nobody minded but TBH i am pretty sure many of the people walking by was outraged by what they saw thru the windows

In winter the remains of my lounges preform even worse and i for sure have to use my inhaler if i walk just a little, in summer it is much better, then i can walk much longer if i am mindful to walk slow.

kamkar said:
I wonder how the resistance to masks was back then, probably small as people was more trusting of the state, one could argue almost socialist like just gobbling it up.
Click to expand...

Here's a good article from the History Channel about mask wearing during the 1918 Spanish Flu pandemic. Viruses were unknown at the time although their pathologies were being studied.

When Mask-Wearing Rules in the 1918 Pandemic Faced Resistance​

Most people complied, but some resisted (or poked holes in their masks to smoke).

Hehe yeah i re-saw a 2018 Danish DOCU on the Spanish flu last evening, and the experts was also sure that Oooo yes we will see something like this again
Danish experts back then ( also pretty good ones on a global level ) well they was pretty sure that some bacteria was to blame, cuz they did see that in the samples from patients, but they did not see the virus back then as it was even smaller so not visible with the microscopes of the day.
It was also recently the Spanish flu was identified, from a corpse in Alaska that have been frozen since it was buried and so the virus was still there, and sure enough H1N1 and a #2 version was retrived in 1998 from corpses from Svalbard. ( north Atlantic island )
H1N1 was also active in 2009 swine flu epidemic.

1918. Seattle tram drive refuse person on board as he is not wearing a mask. 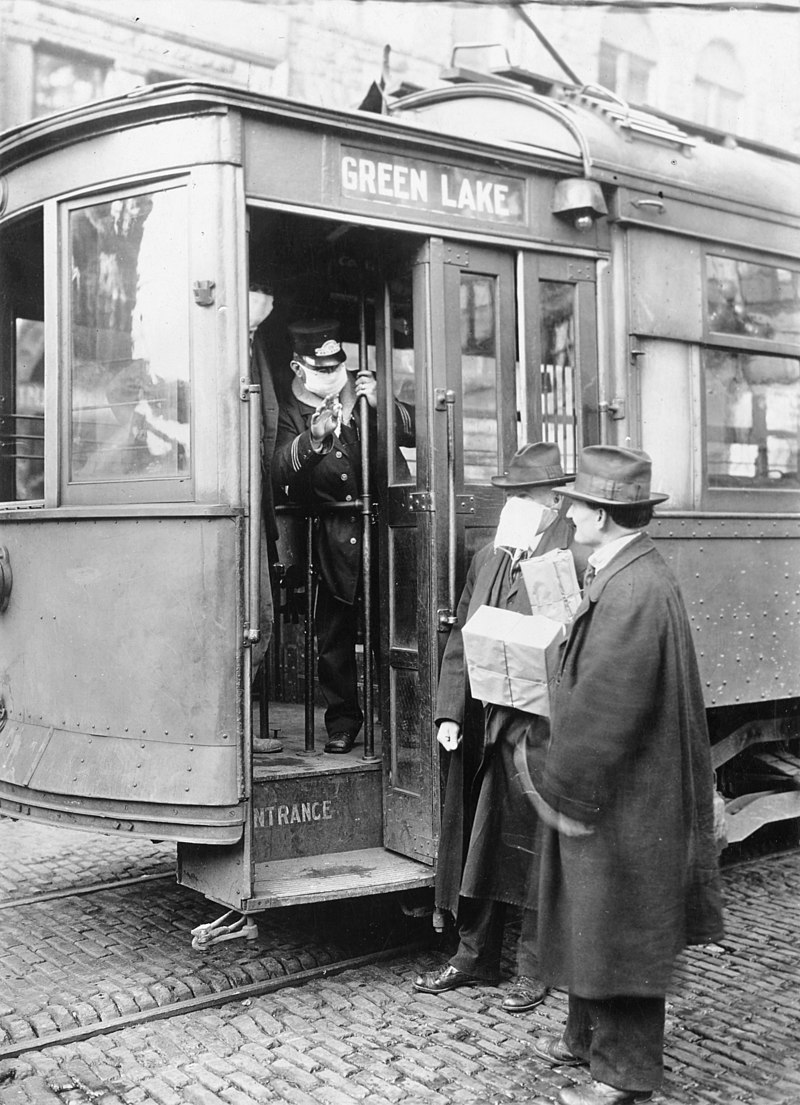 The EU have almost reached 5, it is becoming obvious why they were fighting Astrazeneca - so that their people didn't start fighting the EU politicians! Denmark still leading the EU but not accelerating:

I think that one is junk science, the main problem being that covid-19 is not really a nose virus. It does not make people sneeze, it makes people cough because it is a throat and lungs virus. Covering your lungs in acidic gel would not be a good idea!

The clue is that like with the masks, their testing was done on laboratory dummies / simulations, not on real people, except for a very dodgy survey mentioned at the end which had incredible results.
OP
C

I wonder of the Russian vaccine is up to par.

country_hick said:
I wonder of the Russian vaccine is up to par.

Only concern is that it is based on human viruses instead of chimpanzee viruses, so it is possible that some people might be immune to the vaccine, which may prevent it working, this hasn't shown up in the testing though.

¼ of the UK population has been vaccinated.

I saw today the EU gang have started its moan session 2.0, as apparently some of the AZ contract with the UK have been leaked.

But not something i read into, i simply can not be bothered with this at this stage, though i do wonder why there are no news about the Danish vaccines progress now that others are "problematic"
When we have all screamed "A" for a little while i would get bored and start to scream "B" but "B" the Danish vaccines anything you can find on them are months old news, and that make me wonder a little
Last edited: Feb 19, 2021

kamkar said:
as apparently some of the AZ contract with the UK have been leaked.
Click to expand...

Not leaked, it was actually published, back in November I think, but nobody told the press when EU issue flared up!

It is basically the same as the EU contract, however it doesn't give any of the details on the licensing of the vaccine from Oxford to Astrazeneca, and I suspect that is where UK gets priority for delivery. 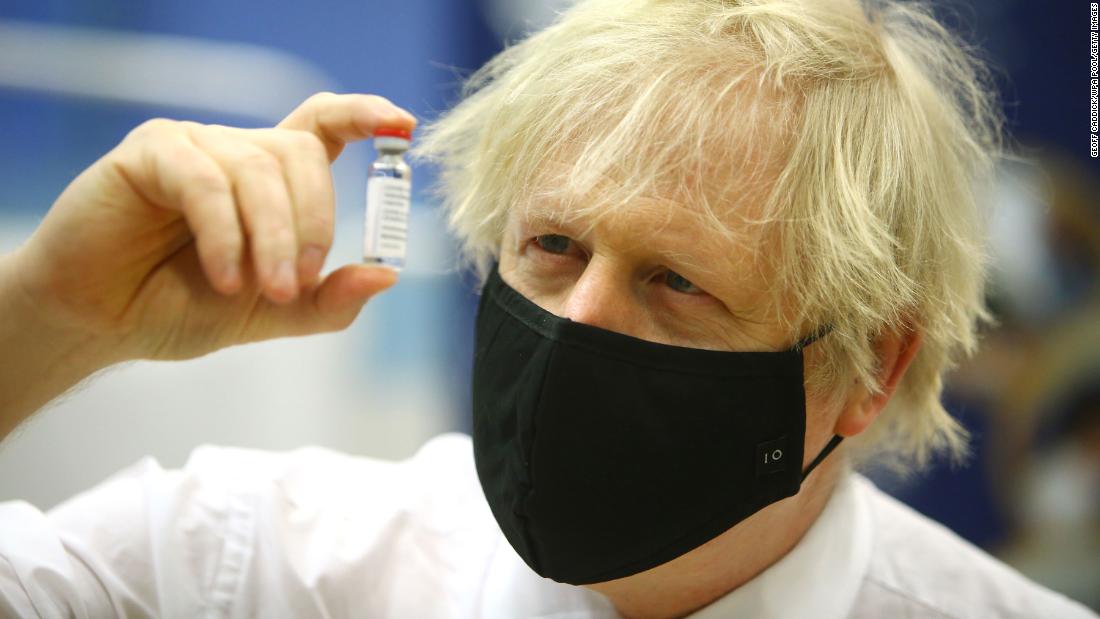 AstraZeneca's vaccine contract with the UK is based on 'best efforts,' just like its deal with a frustrated EU

AstraZeneca's contract to supply the UK with Covid-19 vaccines commits it to making "best reasonable efforts," the same language used in its deal with the European Union, which critics blamed for the bloc's faltering inoculation program.