Driving in an inflatable suit could get interesting. I guess you'd have to adjust the pressure before you get into your car. Then again, if you got into an accident you wouldn't need airbags.

I know what you mean about COVID hair. Personally, until things warm up around here I'm not getting a haircut.

The weather gurus here say winter might throw one last tantrum, though daytime temperatures at least for my town seem to be expected to be upwards of 10 deg C for the next 10 days, but in the night we night get sub zero temperatures again.
My appearance i never cared much for, but the days where my beard would get long enough to need a trim before a shave are long gone, and while my hair are only a inch or so long it is beginning to annoy me.
Since i found a guy that will do my hair for 1/3 the price i am okay with getting a haircut more often, but i am still not so cheap i would do it myself though i could as it is just a buzz cut.
I still think i am going to have to go full bald once my forehead get a little larger, that might be a problem as i still do not like shaving in any way and if i had to do the head that would double the acreage i have to do.

The fellow in the BBC clip says "the idea came from our music and theater teachers" but it really came from Spinal Tap back in 1984!

kamkar said:
The south african version have now been detected here too, in one of the towns West of Copenhagen where a lot from that part of the world now live.
Click to expand...

Not much of it left in South Africa now, they have less new cases/million than Denmark, so presumably it is not a very infectious variant.
And it is not that South Africa has done a lot of vaccination, they still have their million Astrazeneca doses sitting in the fridge!

The kids probably have a "old" music teacher.

And it is good kids learn some proper shi,,,, stuff VS whatever they cram into their heads in school today.

The testing capabilities here should now be 400.000 daily tests.
There is a outbreak in a ghetto on Fuen called vollsmose, people there was urged to get tested, and mobile test clinic's was also rolled in.
30 people ( out of just about 10.000 living there ) turned out to be tested on day #1, and if some of those are in this picture, then it was probably the very few Danes that live there i assume. 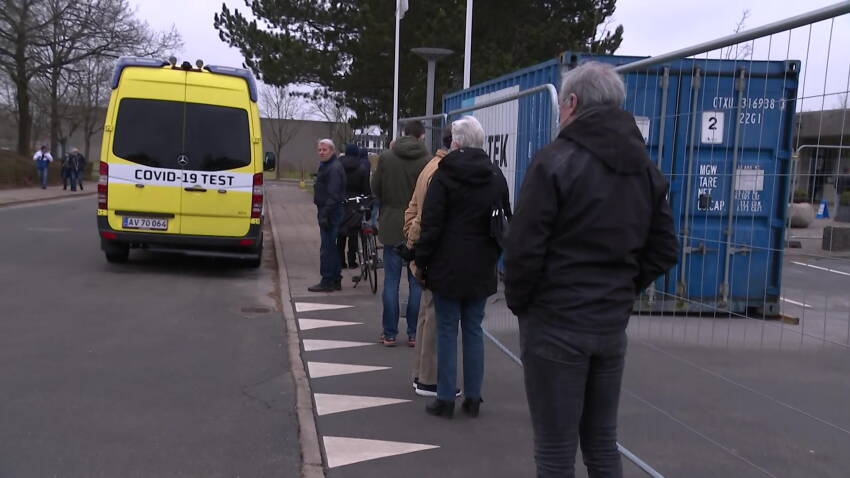 Though this is Denmark, the requests to be tested have also been put out in a range of exotic languages as most often these people are in no hurry to learn Danish.

At least the area in Western Copenhagen with the south African virus have turned out in numbers, though largely the same kind of demographic.
Last edited: Feb 28, 2021

If the situation is serious, well i would put up a fence around that entire ghetto, and post armed guards, and only allow people outside that have been tested.
If that do not help withhold / take some of their welfare money, that they do understand.

Then again, this ghetto is one of the places where Danish police have lost the momopoly on violence, so it would probably turn ugly and these people come from places that could be labelled ugly in the aspect of violence at least.

It is very sad indeed, for the guests ( refugees ) and immigrants, and not least Danes that live there.
Last edited: Feb 28, 2021

Everyone should the complete article. 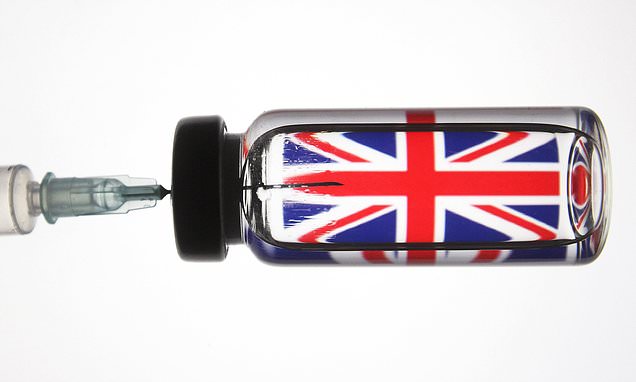 DR GUNNAR BECK: Two contrasting public statements in the past few days tell you everything you need to know about the vaccination crisis engulfing the European Union.

So the J&J vaccine, only 60% effective, will also collect dust in some countries ?

"the EU went into its default mode of mutual back scratching, bickering and failure."

That sound familiar, and i am not even thinking of the EU, but rather the local power grabbers, so very eager to sell anything EU to the Danes.
Last edited: Feb 28, 2021

The latest UK data is reported as showing that the AZ vaccine is just as good, and often better, than the Pfizer vaccine at reducing hospitalisation.

Our data can go back further because we started early.

The EU first of all didn't want it, maybe because they didn't order any as they were looking for a discount on a 'cost' product and ended up back of the queue. Trying to save face.

So we are now in the situation where a third of the British population has been vaccinated, with infection and mortality rates in decline.

So deep is the distrust, that 80 per cent of the 6.1 million doses delivered to the bloc so far lie unused in hospital refrigerators.

Just a few days ago, Angela Merkel's spokesman pleaded with Germans to take 'the safe and highly effective' Oxford vaccine – although the message was clouded when 66-year-old Merkel then announced to the world that she would not be taking it because it is not appropriate for people her age!

In Britain, the Queen took a clear lead by declaring that anyone hesitant to take the jab should think of others and not themselves.

Germany's political elite is so convinced the EU can do no wrong that last year it criminalised the vilification of the EU flag, now punishable with up to three years in prison.

The Scottish Ministry of Health has announced its real data. Here, too, it was shown that the hospitalization rate could be reduced by 85 percent with the Biontech vaccine and by 94 percent with the AstraZeneca vaccine.

Nigel said:
Once everyone is vaccinated, it will be no different to the other coronaviruses, some people may get a cold every few years. The others also mutate but that has never been an issue.
Click to expand...

That's not true. The vaccine can only protect, to some extent, against severe form of disease. It can't influence the evolution of virus. Which, by the way can or cannot evolve sooner or later in an inoffensive one. But I suppose it will be a long evolution, that's why I predict a loooong cohabitation period with this virus. Until the next virus will strike, this time from Amazonia.

Messenger RNA (mRNA) technology as used in the Moderna and Pfizer/BioNTech SARS-CoV-2 vaccines may herald a new era in disease treatment and prevention. Studies are underway using mRNA to prevent or treat influenza, HIV, cancer, cytomegalovirus, multiple sclerosis and more. So, it seems that COVID-19 may have a silver lining in that it has dramatically accelerated research into mRNA technology due to how fast these vaccines were approved and administered to large populations of humans. Researchers have been quitetly investigating mRNA for many years but deploying the COVID vaccines represents a great leap forward. Other related work using a self-amplifying RNA (saRNA) vaccine is showing to be very promising against malaria, one of the leading causes of death on the planet for which there is currently no effective vaccine available.

Scientists Are Working on mRNA Vaccines for HIV, Flu, Cancer and More​

Well i need a vaccine for foul mood and smelly feet.
Though it would be much cheaper to just send me to a nice place a couple of times every year, and i am okay with that.
In the old days, say you had a skin problem, you could be sent a few weeks to the dead sea on a all expenses paid stay.
BUT ! this was back ( still in my adult life ) where Denmark was side by side with Greece in being the most poor financial performing EU countries.
Today we have a AAA credit rating, i dont even think Greece are eligible for one.

kamkar said:
Well i need a vaccine for foul mood and smelly feet.
Though it would be much cheaper to just send me to a nice place a couple of times every year, and i am okay with that.
In the old days, say you had a skin problem, you could be sent a few weeks to the dead sea on a all expenses paid stay.
BUT ! this was back ( still in my adult life ) where Denmark was side by side with Greece in being the most poor financial performing EU countries.
Today we have a AAA credit rating, i dont even think Greece are eligible for one.
Click to expand...

Austria and Denmark announced on Monday they will make a deal with the Israeli government for the delivery and production of vaccines. 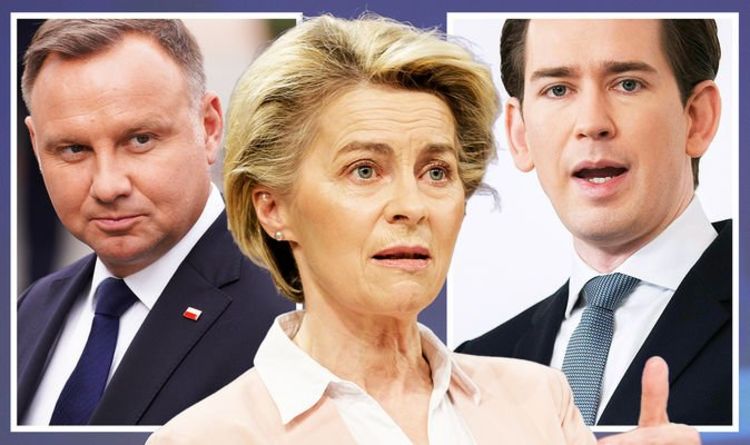 EU leaders across the bloc are breaking away from Brussels' vaccination strategy as citizens become increasingly frustrated with delays.

And some wonder why we left them. An unelected disorganised bunch with inflated ego.

Kremmen said:
And some wonder why we left them. An unelected disorganised bunch with inflated ego.
Click to expand... 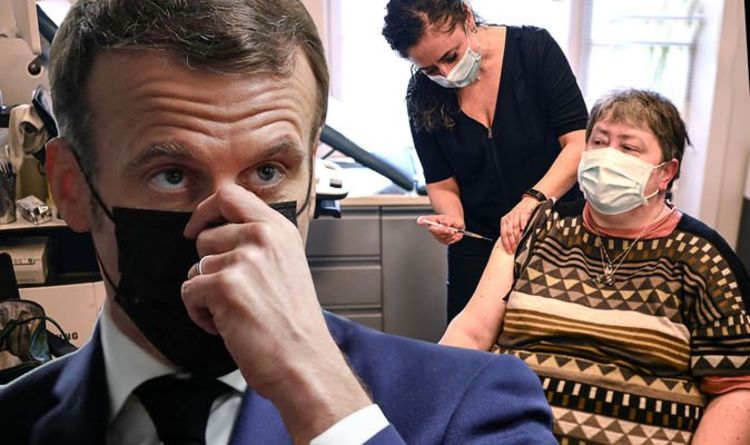 EMMANUEL MACRON was accused of making France the "laughing stock of the world" after his country suffered delays in the rollout of its vaccine programme.

Kremmen said:
And some wonder why we left them. An unelected disorganised bunch with inflated ego.
Click to expand...

I would have rather seen the EU working with the UK to achieve good things for both, but the EU weren't going to have any of that. I still don't know if Brexit was good, bad, or didn't matter but it's clear that other nations are now having similar issues with the EU regards the vaccine, and that might grow into other areas and bring other leavings.

Coming from a place where 50 governments are trying to reach such a balance together I can tell you that it's a very hard thing to do and we're still having trouble with it 245 years into the game. If the EU expects to endure this long they're going to have to do things differently and the vaccine mess they've created for themselves may just be their undoing.