For me, starting with Mini 0806 I have a new standard for future video comparisons. Beat it if you can. Of course the standard I could use can be expensive, or koreans, but I want something affordable, to not have an expensive standard.
Official website
Manual and firmware updates
Stores:
FoxOffer

An old dream of me was to have white light when camera was recording during night in cities and street lights. I was tired of russian footage with always reddish light color. I had this option first time on a korean dashcam two years ago and from 2012 I was waiting for another. And I just discovered Mini 0806 (will have also an official website) which is not expensive as koreans.

This is my first video about this camera and it is including at the end some video comparisons. Don't forget to excuse my poor english. The truth is more important.

For first time usage insert and take out the camera from the mount using your both hands and after you can take it out easy from the mount install it on your windscreen.

The hardware differences regarding video recording between 0806 and 0805 are:
- the lens. I consider 0806 have better lens and if is a little expensive than 0805, worth the money
- smaller battery (200mAh compared to 320mAh of 0805)
- optional Parking Guard mount 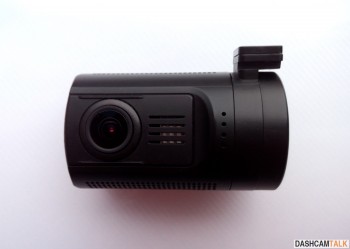 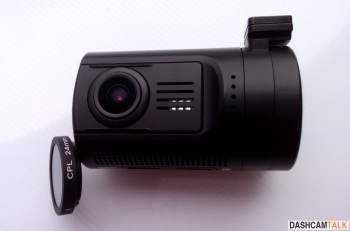 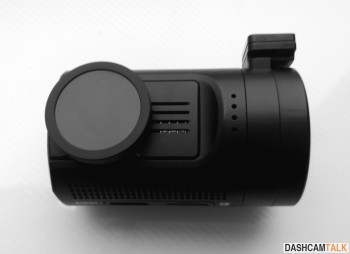 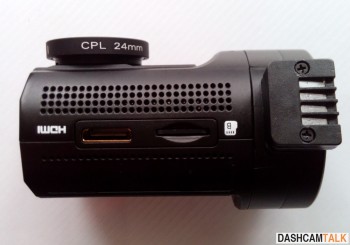 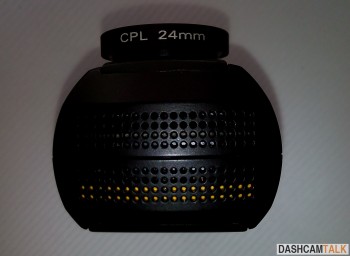 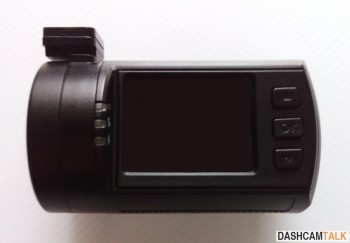 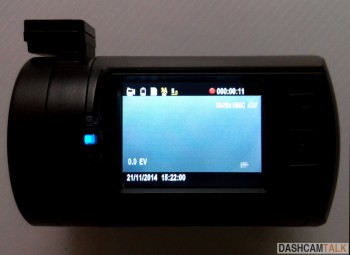 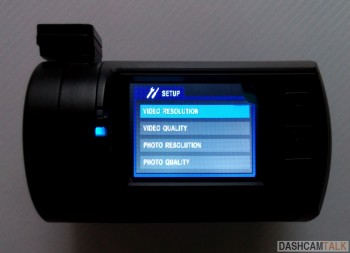 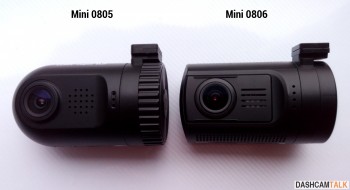 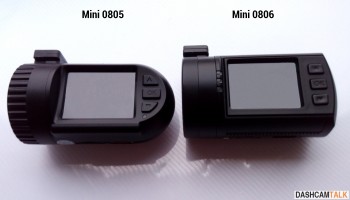 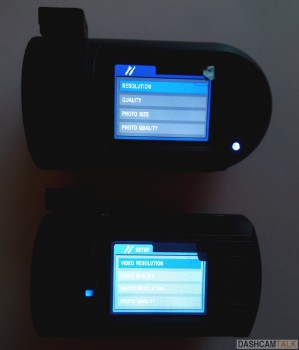 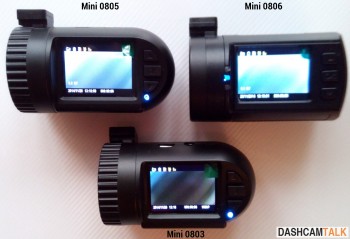 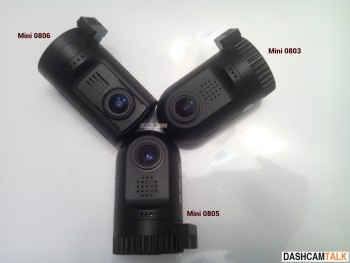 Firmware update using usb cable and Direct USB universal if you have a bricked Mini 0806 because of wrong firmware update:

How to disassemble the camera:
Rotate in this position then insert your nail and move it forward:

PS: is a pleasure to write about things you like and can trust.
Last edited: Feb 3, 2015

Day and night full resolution frame grabs from the Mini 0806, they can speak for themselves: 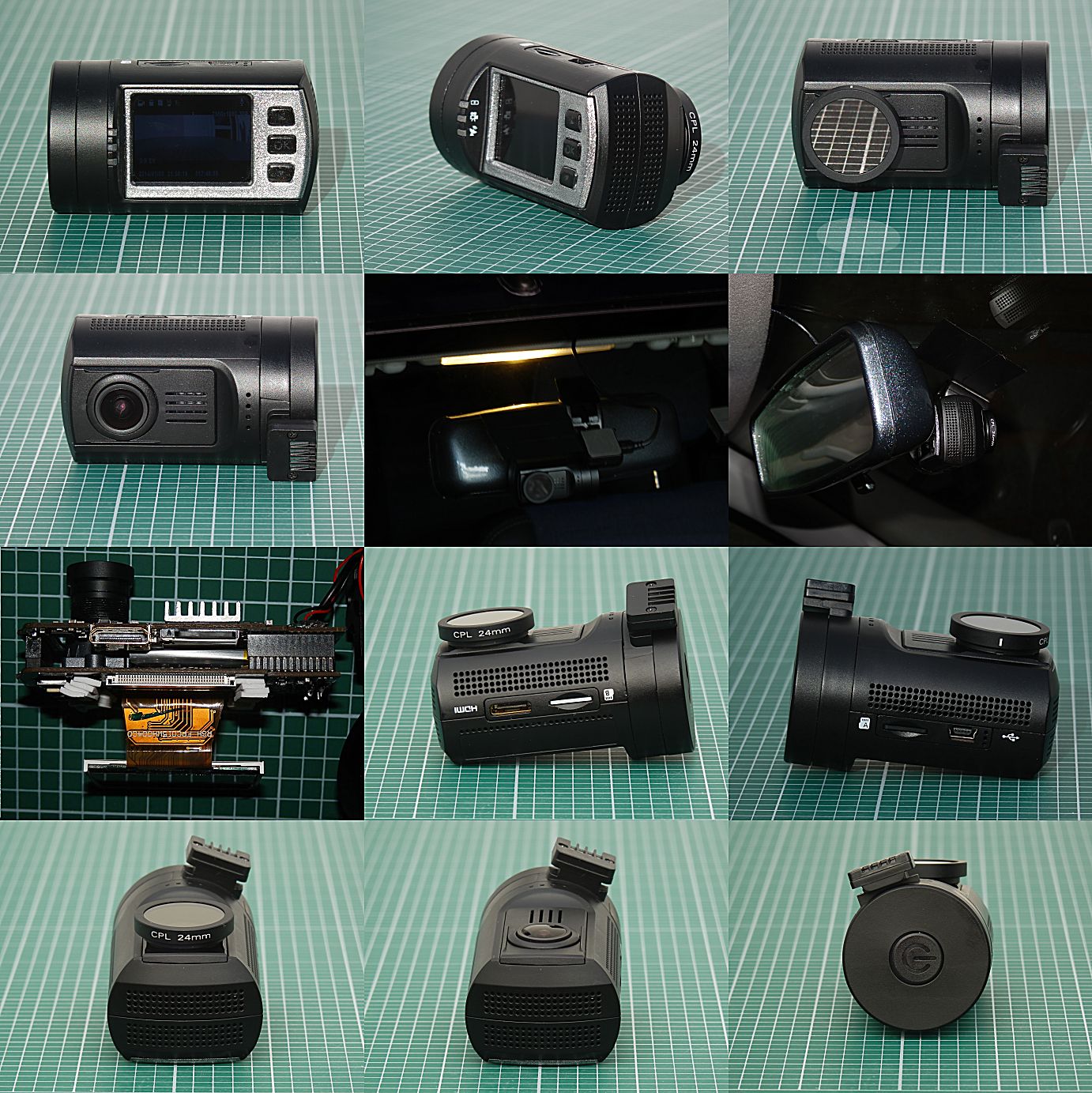 Thank you for your review. I am tempted to get this to replace my 0801 (which has been flawless after a number of firmware upgrade last year). Of course there is just no comparison in night video between 0801 and 0806, even the night video of your A118 above looks brighter than my 0801.
U

Hi, nice review of the mini 0806. Thanks for giving us the preview of it. I am interested in getting one but I have a curious question in my researching of these mini 080x dash cams.
Starting with the mini 0801, I see the specifications say it has a 5MP sensor. Then they said the mini 0803 came out to fix the issues of the mini 0801 but I see the specs for the mini 0803 and also the mini 0805 say they downsized the sensors to only 3MP!!! What the? I suppose from what I see and read of these cams, maybe they did improve the sensors in the way of lower noise and better night and brightness presentation but I also want very detailed resolution that 5MP gives over 3MP sensors.

Hi jokiin, are you speaking from a manufacturers knowledge of these units or just from your own opinion of what they really are? I just saw another dash cam unit on amazon.com that says it is using the OV4689 sensor too... here https://www.amazon.com/gp/B00KVMD5D6I went and ordered one just now to see how well it really is. Claims to have one of the best night time videos. Do you think it is the same quality as the upcoming mini 0806? I am wondering about the internal battery size and capacity and how well such small units will perform when the car power is off and it is running down the battery (for shock sensing or motion detection features). Seems to me these small units won't run long on a tiny battery rendering them only useful for a short time after power is cut off. I'm not really that much concerned about that as I really just want to have a video of when I am driving in case of an idiot causing an accident with me and I will have the documented proof on video.

I know what hardware they use, 0806 has addressed a lot of the shortcomings of previous versions, think it's a better option than the G90 you're looking at, there is a higher model G90 which does better and would be a better comparison to the 0806, G90 mount bracket design is its biggest let down currently

Batteries in these are only for shutdown and file save purposes, expect 5 to 10 minutes run time tops
U

jokiin said:
I know what hardware they use, 0806 has addressed a lot of the shortcomings of previous versions, think it's a better option than the G90 you're looking at, there is a higher model G90 which does better and would be a better comparison to the 0806, G90 mount bracket design is its biggest let down currently

Batteries in these are only for shutdown and file save purposes, expect 5 to 10 minutes run time tops
Click to expand...

Okay, I just requested a cancel for my order of that older G90 model cam. Where can I buy the better G90-7S cam from. It is not found on amazon.com or the Shensheng web page I looked at. Only this older G90 model seems to be for sale.
When will the little mini 0806 be available? I don't want to wait too long. If it is too long of a wait I will seek these other similar chipset/sensor cam equivalent alternatives.

Which country are you in?
U

jokiin said:
Which country are you in?
Click to expand...

I am in the USA. It's way past my bedtime here now and I will be signing off. I will check back in the morning if you have any good recommendations for me. Thanks.

The only place I can think of for the G90C is @JooVuu?

Oh actually I tell a lie - I think Gearbest are also shipping these from China now.

@JooVuu carry the better model, I did see some mention of them having something in place for the US just recently, worth checking with them

unbiased said:
I am in the USA.
Click to expand...

Sorry, I was on mobile earlier and it doesn't show your location like it does when accessing from PC

jokiin said:
Batteries in these are only for shutdown and file save purposes, expect 5 to 10 minutes run time tops
Click to expand...

Yes, it gives 10 minutes record time on a new battery but that will gradually drop as the battery ages.

It will wake up on the g-sensor detecting an impact and starts recording on battery power reasonably quickly as in the video above but there is no pre-event buffering.

Battery looks a tight fit to change if it expands ????

petepete said:
Battery looks a tight fit to change if it expands ????
Click to expand...

Even if it doesn't expand you would need to separate the two PCBs to change it and then there is easy access. A job to be done with a lot of care!
U

I would design my cameras to have an extra connector to supply constant +12v to the device from the vehicles battery instead of using a teeny tiny internal battery to overcome the short run time after power off issue. You can still keep the ignition on/off voltage trigger to auto start and stop the recorder, just also have constant power feed from external source connector also. That will fix the issue. Why some of these young engineers don't think of such easy solutions makes me wonder. It shouldn't be a cost hit neither, so why not do it? Will mini 0806 designer do this? Is there enough time to add this power source feed?
U

Hello, thanks for suggesting things. I visited the site you listed and they have nothing much there! Where are the dash cams you speak of? I only see they have listed the mini 0803 and two other cams. Nothing else.
U

jokiin said:
Sorry, I was on mobile earlier and it doesn't show your location like it does when accessing from PC
Click to expand...

No problem. Just out of curiousity again, your avatar shows you as "manufacturer". So are you the maker or seller of the mini 080x series of cameras or some other brand or many brands or what? Sorry if this info is mentioned elsewhere in some threads but I am new to the forums and haven't had much time to peruse all over the place. I am still trying to find the right, reliable dash cam that is small and stealthy and has excellent video image and detail resolving power. The ABEO HDVR-180-G2 that I have currently is really very good and quite nice to mount on my Toyota RAV4 rear view mirror. But I am still curious to see if any of these mini cams can match it in detail and video quality and be smaller and reliable. I could use one for mounting on my rear window for rear view recording too which is what I plan on doing if they are feasible.
You must log in or register to reply here.
Share:
Facebook Reddit Pinterest Tumblr WhatsApp Email Link
Top