My dash cam records at 1080p/60fps. If I could get higher resolution than 1080p at fps more than 30, I would consider upgrading. If not, than what is the point?
OP

30 FPS is plenty for a accident recorder like a dashcam.

Thanks. Too bad it has wide FOV of 170 degrees. It means the footage is stretched, and details are lost.
Last edited: Jan 7, 2022
OP

Wrong and wrong. Even 60 fps in not enough. And dash cam is not just a "accident recorder". You sound like one of those people who say that cars are just the means of transportation...

Well i drive one of the Cheapest Suzuki cars i got new in 2012, and it is regular red as that was the only color they had in stock, and aside for dahscams it have absolutely 0 extra parts on it, do you think i identify with it and think i am all that when i drive it.

Mind you i do have a dream car,,,,, or several, but my dream daily driver is a bit untraditional, but this is what i would drive every day if i won the lottery, and every day i would visit ghetto's here where racists do not want a white old guy like me driving. 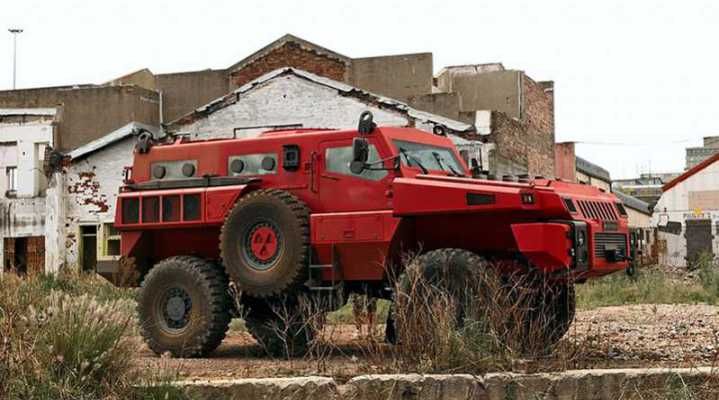 When it come to regular cars i would also like to own and drive, we are talking card made between 1930 and 1980, there is precious little of the garbage they make today i would like to own.
Or ! dare to own, CUZ i know myself and i am 100 % sure that if i drove a car that could do 300 km/h, well most likely i would also often drive much too fast, and i would probably soon loose my license, and the car too CUZ police here can now confiscate cars used in really bad traffic violations.

And like most Danes i am a idiot, only difference is i know it and can act accordingly,
Truth be told if i won the lottery i would move half way around the world and buy my big truck there, even if there are no ghettos there for me to visit.

But regarding dashcams i have compared 2 similar cameras side by side ( joovuu X cam with the OV 4689 sensor ) with one recording 1080p 30 FPS and the other 1080p 60 FPS, and the 30 FPS camera captured all the same details the 60 FPS camera did, if not, i overlooked it and it must be extremely rare.
Most of the time when there was plenty of light the 2 cameras probably used the exact same exposure parameters, so one would not have produced images with more motion blur than the other.

More fps are only useful in regard to slow idiots in traffic down so your clip of them last longer, but thats also it, and while i am a big fan of slow motion then i have no use for it in dashcams.

Not least in Denmark where cars cost 2 X more than in any other country do i laugh at people driving expensive cars, and anyone else with the same car must be laughing at them too as they got their similar car much cheaper.
Last edited: Jan 7, 2022

Dash cams Serbia said:
Thanks. Too bad it has wide FOV of 170 degrees. It means the footage is stretched, and details are lost.
Click to expand...

It is not a real 170. Not sure what it is, but it is not that wide. I don't think it is much more than 140, measured in VIOFO's normal way, whatever that is! It is wider than other VIOFO cameras though.

The A139 has an OK FOV, a good compromise, unless you are using it for something unusual that needs a narrow FOV.

If you want narrow, the VIOFO A119 V3 will do Quad HD 60fps with a narrow FOV, excellent for plates, as long as they are not off the side of the image. Of course it is only single channel so you might want two of them for 60fps front and rear which you don't get on any dual dashcams.

Why do you need the 60fps? Are you driving a race car?

As Kamkar suggests, for most people 30fps is a better choice.

I'm sure I read here that 60fps was a software induced double take, not native, which creates blur ?

I'm sure I read here that 60fps was a software induced double take, not native, which creates blur ?
Click to expand...

The problem there is that the 60fps does not get much extra bitrate, in fact at one point it got less bitrate than 30fps, not sure if that is still the case. So if you use up a lot of the bitrate storing double the amount of temporal information, there is less bitrate available for storing other details, so you lose colour accuracy and sharpness.

Indeed, if only the 60 FPS was followed by a larger bitrate it will be better in some aspects, but in dashcams this often just share the same bitrate as 30 FPS footage, and so its actually less desirable.
And as i do and recommend, people should not use anything else than the best / highest possible bitrate in a dashcam,,,,, or action camera for that matter.

Same predicament with H.264 / H.265 cameras, here using H.265 might give a better result as its a better more effective codec, so as bitrate between the 2 are also the same, i at least prefer to use H.265

I somewhere read that 60 fps is advantageous in case you need to retrieve blurred license plates of fast moving cars. Because 60 fps is double the usual 30 fps we have high chance of identifying a license plate as dash cam technology still struggling to capture license plates of fast moving vehicles. I have no idea whether this is true or not but I am using 60fps on my cam just for this reason even it is a little bit low in quality compared to 30fps.
Last edited: Jan 7, 2022

60 FPS of course can not drop to a slower exposure timing than 1:60 second VS the 2 X slower 30 FPS.
But really 1:60 second exposure or the 2X slower 1:30 second are both much slower than the recommended minimum exposure to use with anything at some speed, and my photo teacher in school told me that was 1:500 second.
Of curse there are times at day where this marginal difference will play in favor of a 60 FPS system, but i am sure it is a very short time frame around dusk and dawn.
Dashcams just drop to these slow exposure speeds to have more time to capture light and so make a "bright" picture at night, thats why i say at night dashcams are useless for any detail not least small ones.
But what the cameras still do 100 % fine by then is logging your own driving in relation to roadside / lane markings and traffic lights,,,,,, so most claims against you can be fought and won,,,, but of course that will not help with the guy that tore off your mirror at speed and run, in that case you are best off seeing and calling out the plate for the microphone to capture.

So dashcams are still not the perfect weapon / safeguard, they are now and in the foreseeable future challenged by technical limitations in the hardware available at reasonable prices.
But you can already now get much better stuff ( not least sensors ) but then instead of paying 200 USD for a dashcam you would have to pay 2000 USD, and such a system would probably sell in very few numbers, and it would be hard to make money on.

In the 10 years i have been into dashcams, it have been baby steps every year, but we are still moving forward, but there have never been a quantum leap in regard to image quality or low light performance.

A dashcam do sadly not make us impervious to idiots, thats is a fact in so many aspects of our daily life,,,,,,,, and rooting out the idiots that pester our lifes in the only manner that work,,,,,,,, will be highly unpopular and frowned upon.
Last edited: Jan 7, 2022
OP

This is what I'm talking about. No inovations. No image quality improvements. Nothing...