I've been looking for a dashcam style camera for my motorcycle for a bit after seeing a few accidents and I started talking to Rock at Innovv.com a little while ago about the motorcycle/action camera that he was developing. He decided to let me do some pre-production testing on his new C3 remote lens camera. He sent me a unit to test and see what I thought of it. 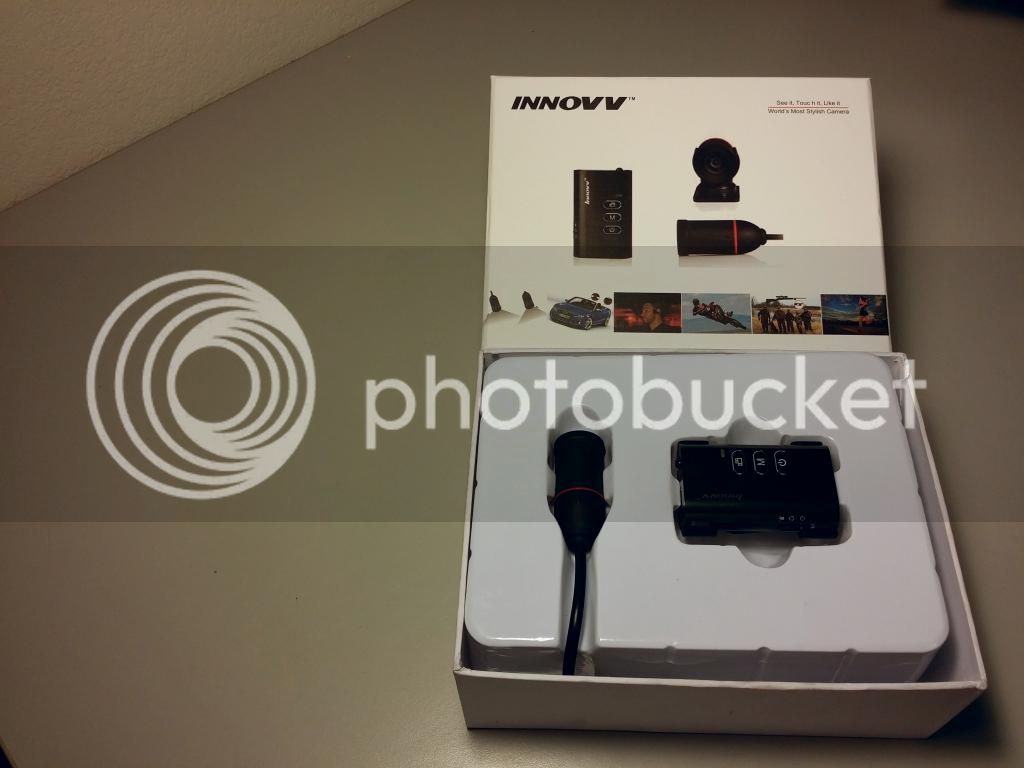 First off this camera unit and lens are pretty small and there is no plastic in either housing except for maybe the buttons on the recoding unit. Everything else is aluminum. The lens assembly is waterproof and the recording unit is not. The lens cable is 1.5 meters long. 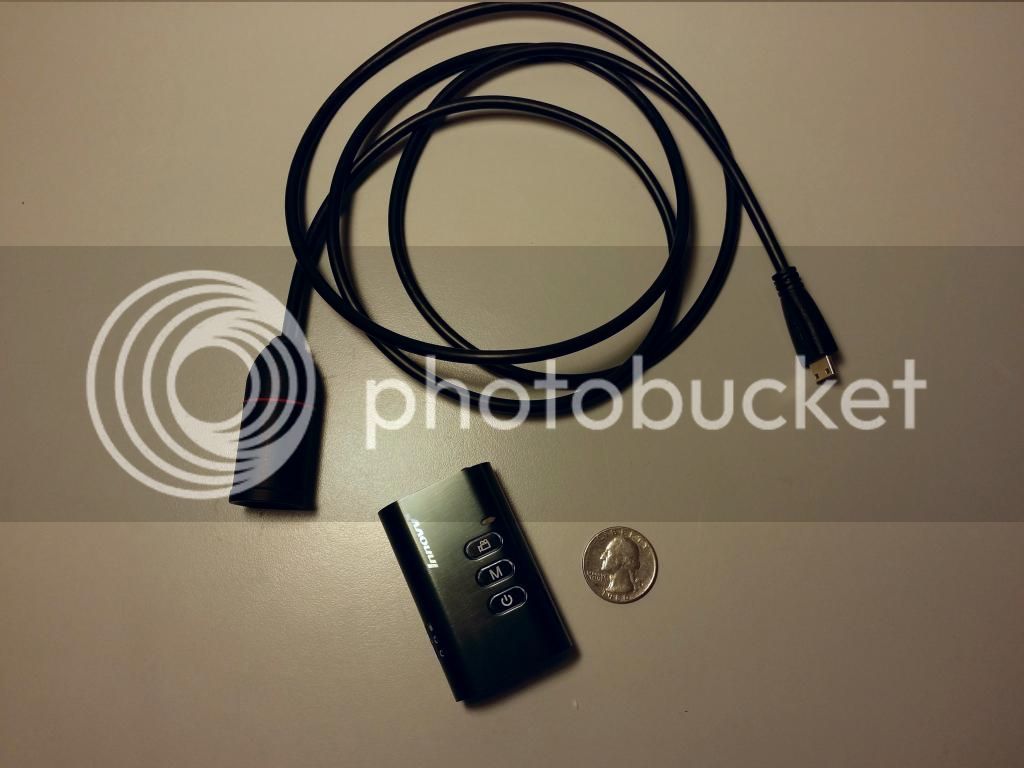 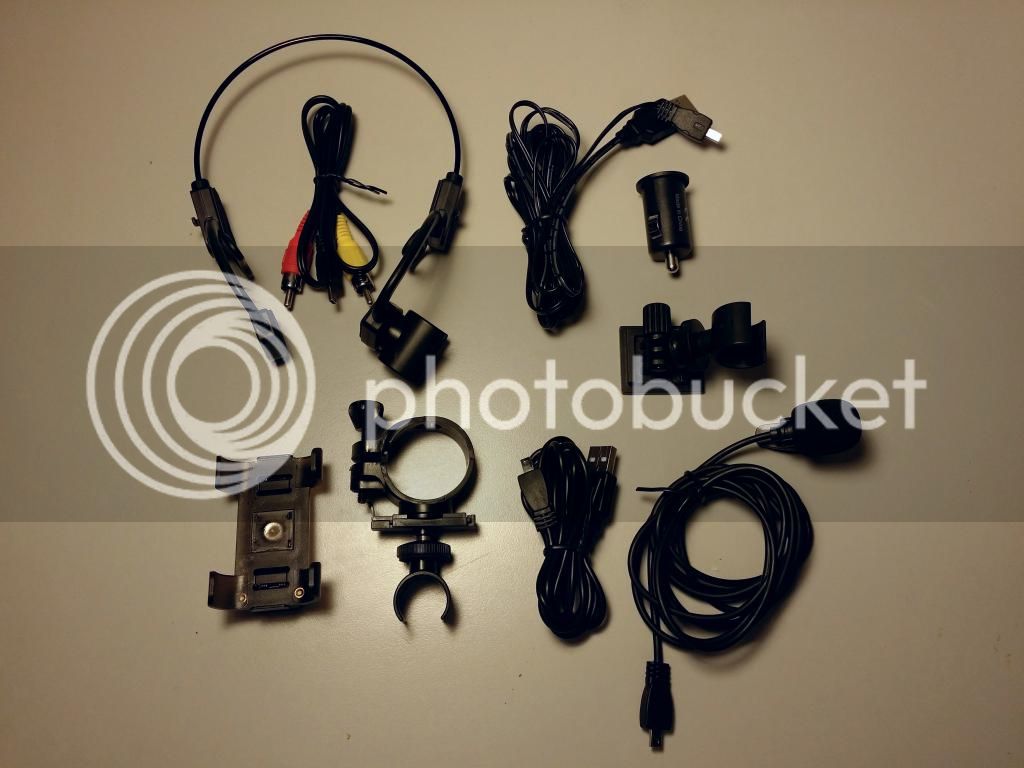 Most of the mounts are useful and the 1/4-20 camera mounts are the most useful since they will let you use any camera mount that you may already have. I like using Ram mounts since they are pretty bulletproof and inexpensive. They don't come with the camera but you can find them almost anywhere. 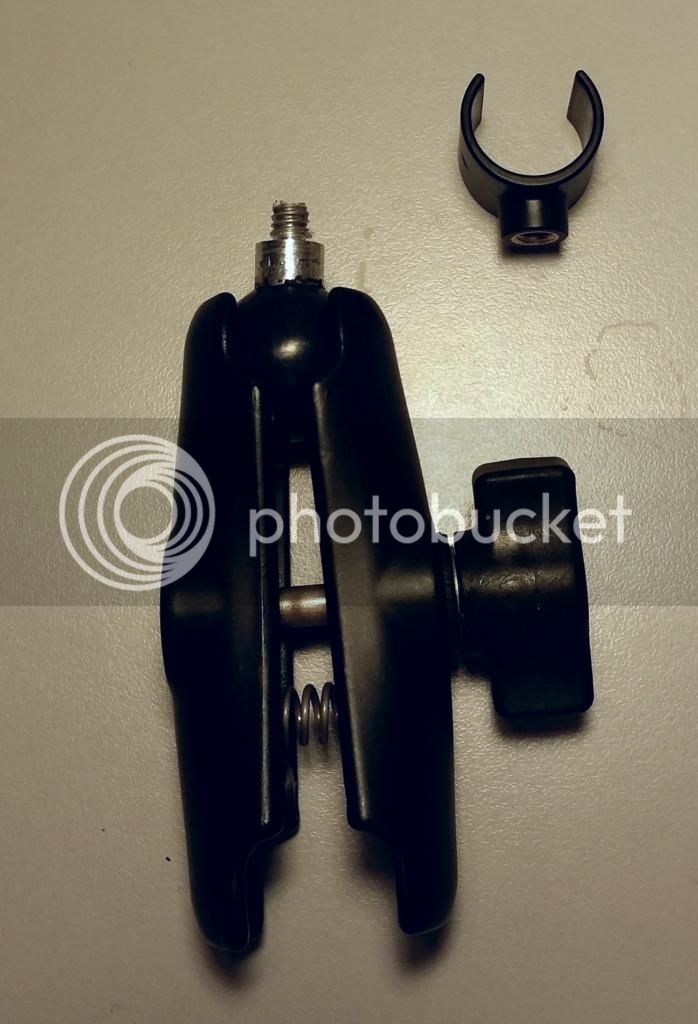 Rear facing mount on my Tuono

Here's a clip of how that video turned out.

I also used one of the included mounts with a plastic wedge to get the right angle for a helmet mount. 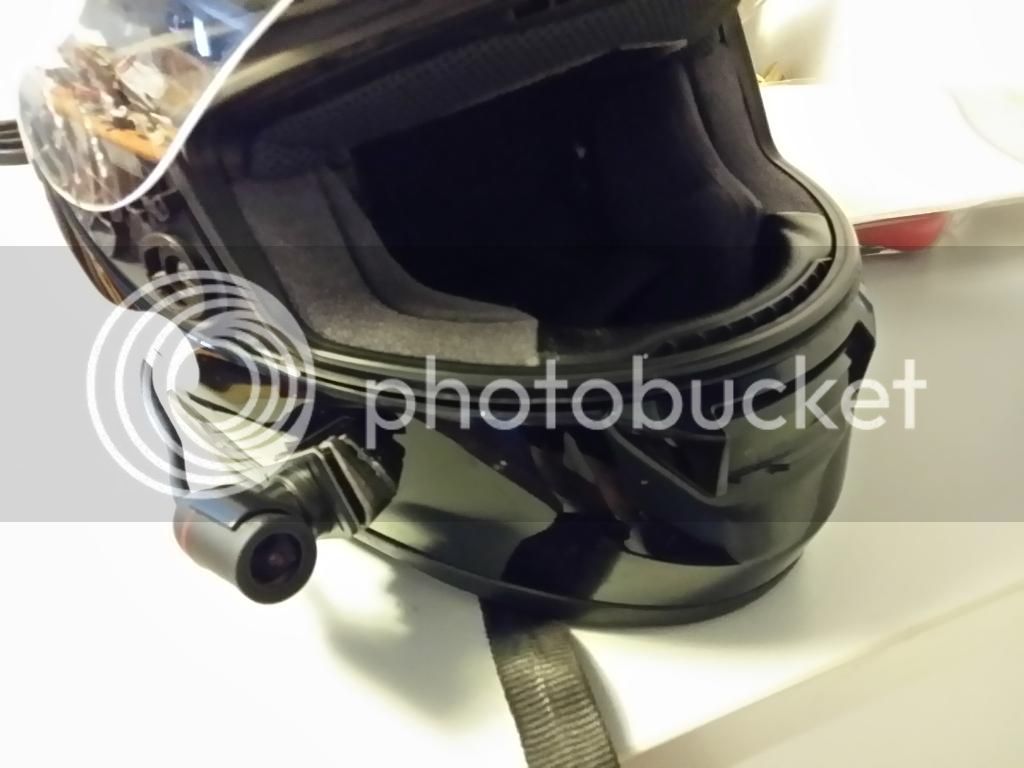 The helmet mount works well for recording dashcam style footage but if you want footage that doesn't move around all of the time with wind buffeting and bumpy roads, it's best to find a stable place to mount the camera that's not attached to your wobbly neck.
Here's a video of helmet mount footage.
On my Griso
And on my Tuono

You get a choice of a 90 degree or 120 degree lens with the camera or you can buy both and swap them out for different shots. They both work great, I prefer the 90 lens for use as a dashcam and the 120 makes for good senic shots. 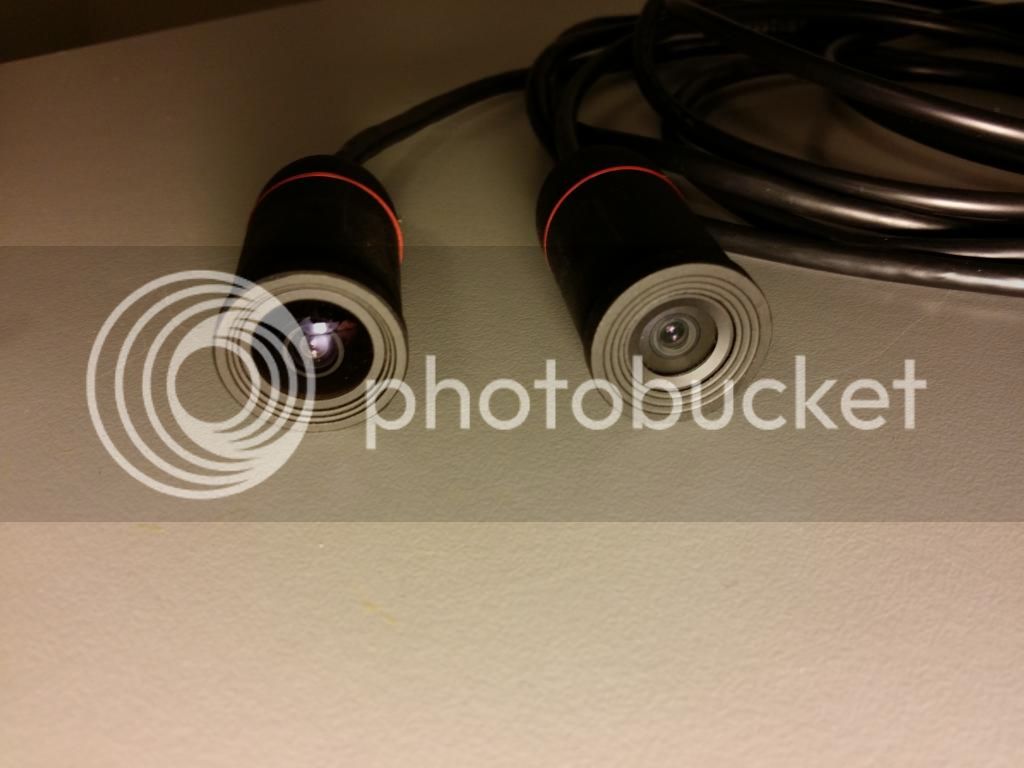 You have a few options on how you can power the camera.Using the internal battery you can record for about 110 minutes. with an small generic usb external power pack you can go for a few hours depends on the size of the pack or you can plug it in to the usb adapter that takes 12v to 5v and record for as long as the memory lasts in single file mode or forever in loop recording mode.
There is also a still picture mode but I haven't messed around with that function yet.
You can set up the camera to act as a automatic dashcam when it's wired to the bikes power. When you turn your bike on it will automatically start recording and stop when you turn it off. The loop recording mode will record until the memory card is full and then it will start to overwrite the oldest files first. I get about 4.7 hours of video using a 32gb card so there's not much worry about losing a file that you want to keep if something happens. Also if your running on internal battery and you run out of power the camera will save the last file before it dies so that it doesn't get corrupted.

I've been using it for the most part as a dashcam to record my daily commute and I haven't been gentle with it. The build quality seems to be very solid. It's also has a lot more uses that just a dashcam and I'll be posting those up as I test them over the next couple of weeks.
So far everything is looking very promising, solid build quality and images and for around $130- $140 it looks like it's good deal. The production models should be ready to ship after September 10th.

I'm going to make a "how to" using the POV headset mount and remote microphone and I'm gonna mount it to a variety of firearms to get some real first person shooter video at the shooting range.

New firmware update that smoothed out the video

Thanks for the great review!

I will be watching for the release of the C3.

Now we need some reviews of the 870 bullpup video's and other weapons that you mount the C3 to!
OP

That garage dont appear to be build to support NBA players, looks like i too have to bend my head and in am only 6"5 ish, or in Euro 189 CM tall
OP

I saw one of these on line last night and thought maybe it might make a decent cheap weather resistant case for the recoding unit.
Clear plastic mailing tube with vinyl end caps 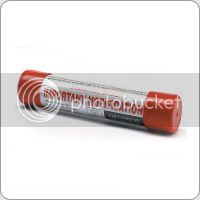 I stopped at a hardware store on the way back from work today and found them 1.25 inch in diameter and 12 inches long for a whopping $1.45
The caps fit night and snug and are flexible and the tube is flexible too. It flexes into an oval shape with the recoding unit in it and I poked a couple of holes in the caps for the cords and did some length trimming with scissors. 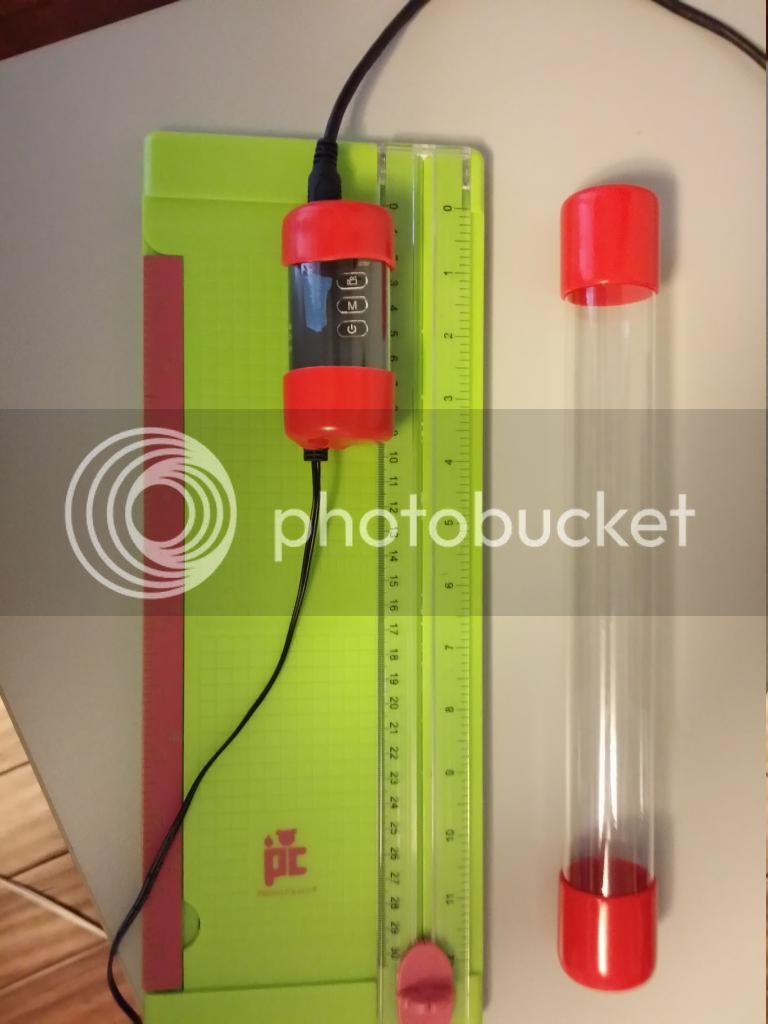 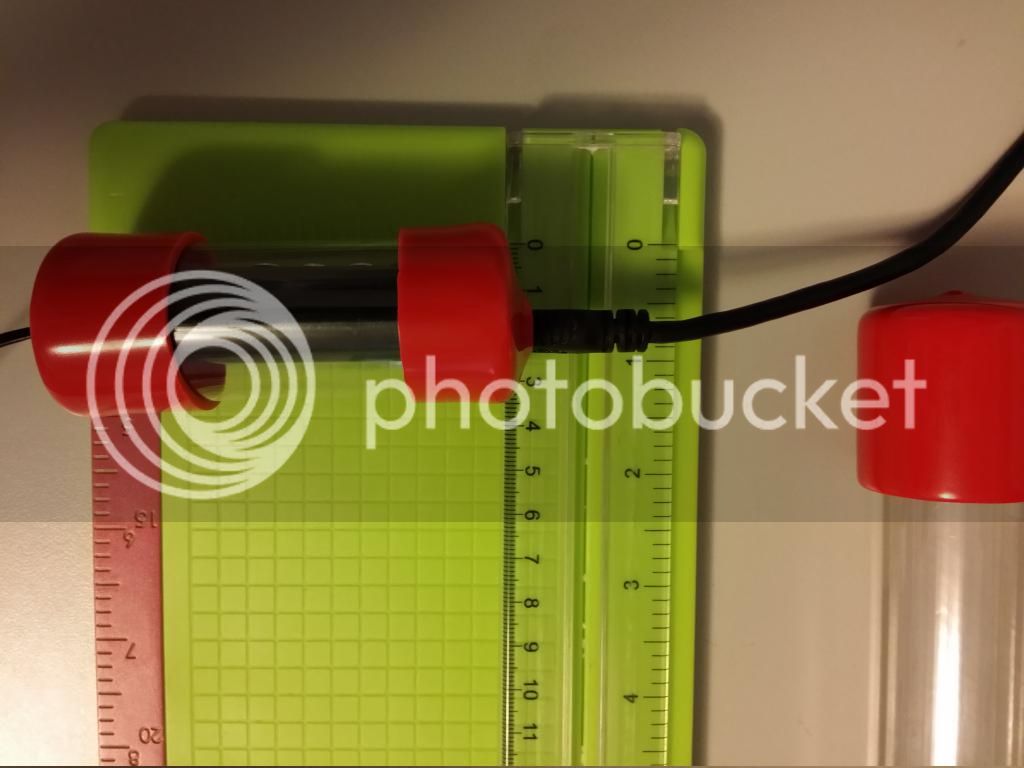 Hi Willy,
I'm Considering buying this camera.
Can you advise whether the cam can be directly connected to motorbike battery? I have no cigarette lighter power supply. Do i need any special extras to make this happen? Thanks in advance if you can help. Matt

Mattj said:
Hi Willy,
I'm Considering buying this camera.
Can you advise whether the cam can be directly connected to motorbike battery? I have no cigarette lighter power supply. Do i need any special extras to make this happen? Thanks in advance if you can help. Matt
Click to expand...

To use the usb adapter in the kit you'll need to get one of these and wire it to a switched 12v source on your bike.
https://www.amazon.com/gp/B00G8WLW2Y If you don't want to do that you can get a 12v to usb converter and wire that to switched power
https://www.amazon.com/gp/B00BMIVFK8 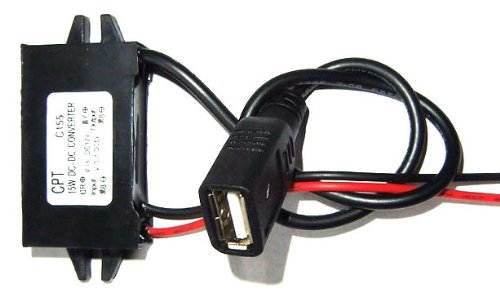 I do recommend @Mattj to get support from the forum, as I believe many motorcycle expert here, like willy.
K

Thanks Willy, Your photos with the ruler gave me the dimensions I needed to determine the recorder with cables would fit the fairing compartment on my K1600. A couple photos of the install:

1. Camera is mounted with stainless bolt and fender washers in bottom of oil cooler duct. Not noticeable from 10 feet away unless you're looking for it. 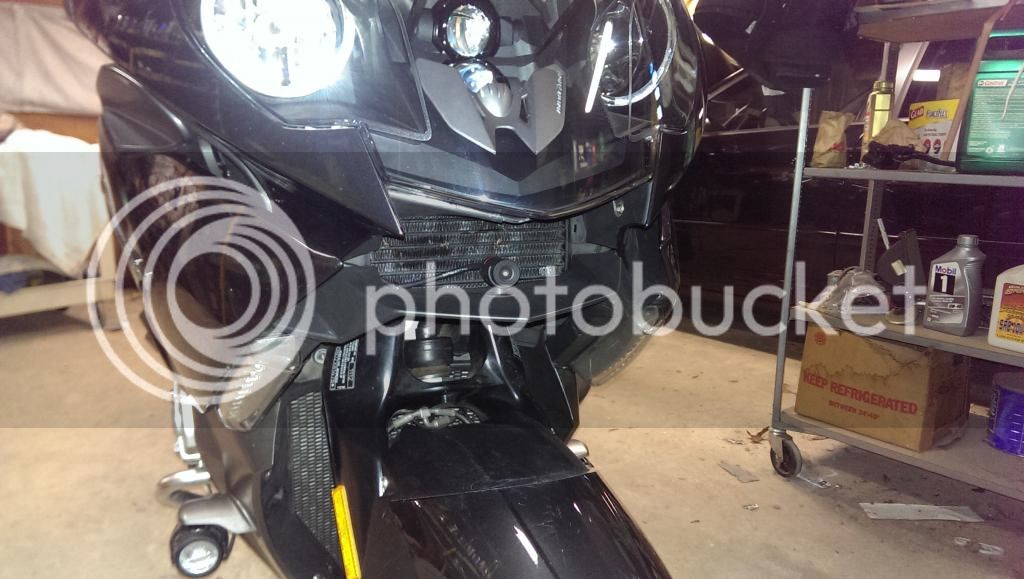 Recorder module in modified clip stuck to side of right faring compartment. Gets power from bike's USB port via shortened power cable. The front look, nothing can see. it is cool

Location
Under the sea

I have a C3 that cannot connect to a computer (tried it with 4 different computers and memory cards) and it does not work in cold temperatures. Reported the problem a number of times to the manufacturer, after a couple of reminders he sent me a new cable which did not help with the computer connection problem.

After more reminders he promised to replace the camera, I was supposed to send it to a European dealer and get the replacement from him. That was months ago and although I have reminded, again, Rock about the problems I have NOT got any replacement!

So if you are interested in a C3, PLEASE buy it from a respectable reseller in your own country who has to comply to consumer laws, do NOT buy it from the manufacturer like I did!