mikek753 said:
I just got the package from Amazon official YI
Click to expand...

Mike can you please test to see if you have focus problems in the sun, and LCD screen turning milky? Also, is the voice for ADAS in English ??
R

Wanted to order one.. was hoping there would be some sort of discount code but waited too long, the gray version no longer listed lol
D

Uh oh! Can you flashing it back to the Chinese version?
D

Geralt said:
Uh oh! Can you flashing it back to the Chinese version?
Click to expand...

I flashed back but Is **** no change to international version. I bought with pre-order when I wished I have no bought Chinese version. This is my latest xiaomi product.
G

delarmo said:
I flashed back but Is **** no change to international version. I bought with pre-order when I wished I have no bought Chinese version. This is my latest xiaomi product.
Click to expand...

I'm sorry to hear that. Maybe you can request refund if defective product I.e. focus issue heat issue LCD screen issue? They have the international version of Yi Dash cam on Amazon store but no guarantee it solves anything other than menu in English

What version of the camera is that?

If it's the Chinese one you've bought just flash it with this Chinese firmware from this site:

Just rename the file to FWCARC10.bin and then it should flash back to chinese when you turn it on.

Worked for me when I flashed my Chinese camera with the International firmware and got that same error. 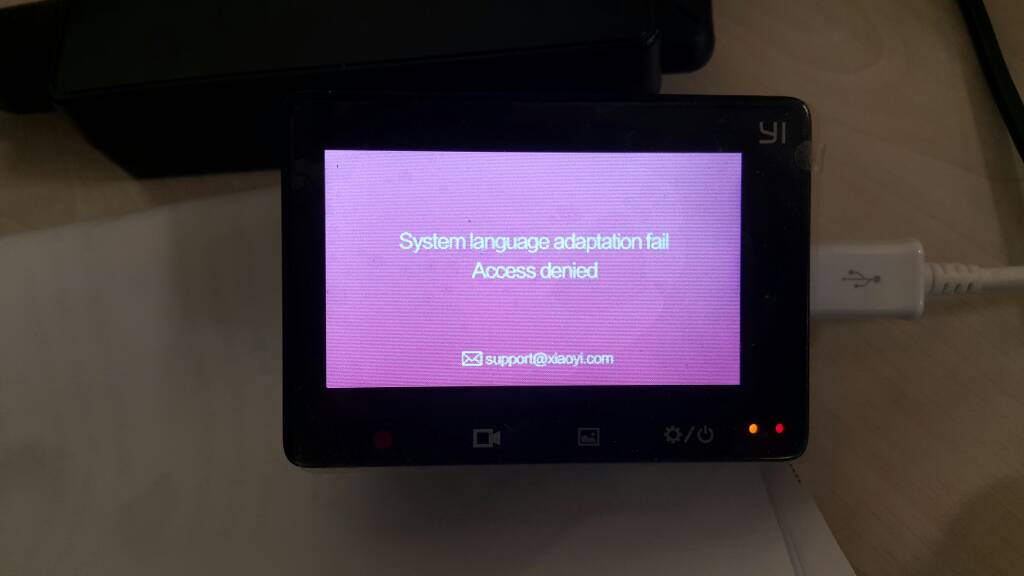 My latest bought from xiaomi ware no more xiaomi...
Click to expand...

The hero this forum needs. Thanks for testing this out for us.
D

Wow! You got the international firmware to work on Chinese Yi dash cam, but how you doing it? What steps please
D

CH YI will not autostart with EN firmware.
you have to manually go through engineering mode to start dashcam for recording
this is no go for me as dashcam
however, it's just beginning and I hope someone soon will change FW to bypass this in CN version

I think that Yi company is spending the most time how to protect chinese dashcam to not be used with international firmware. If they are selling it almost with no profit in China they want some money by selling it in western countries.
They should spend this time on testing the product before launching it on the market. If at least one hour running test was done they could discover that their lens is poor and going out of focus after about one hour of camera running. Maybe a low price have some cost and we need to accept some camera flaws.

Yi is not protecting firmware against us, the users, but against chinese online sellers, to not sell chinese version and make some $$$, but that $$$ to be made by the Yi company.

Mtz said:
Yi is not protecting firmware against us, the users, but against chinese online sellers, to not sell chinese version and make some $$$, but that $$$ to be made by the Yi company.
Click to expand...

that is more likely, the sellers like gearbest, bangood etc do not have official product, they buy from local market and resell it with very low profit and it hurts their true wholesale customer business

If the products were made in reality by XiaoMi and not by some eco-partner-company of XiaoMi and have XiaoMi quality then could be a good business for both online stores just because of free advertising and just because selling a XiaoMi product. And if a product is good then is no need for customers support. Unfortunately both versions of Yi started with focus problems and regarding this, you are right: too many problems for such low profit.

For example somebody want to buy a XiaoMi camera. Searching on google in english will show them GearBest and BangGood as first in the list. Everybody knows how hard is to be on the first page of Google searching results.

If you will look at banggood user thread about their promotions, in almost every campaign there is the XiaoMi action camera. Why to promote a camera sold with very low profit and a lot of trouble to obtain it?

If there was no XiaoMi word in XiaoYi cameras titles from online stores (on their box and website there is no word about XiaoMi) the Yi cameras would be another no-name on the market. The price is not so important for international sales, but the both versions of Yi cameras didn't added anything new, or any invention or any value over the competition. Their only goal was price. And for Yi dashcam I see they are trying to use a CMOS not used by others, so I can consider they added a new thing. But the others, starting with too visible camera shape and lens focus problem which is killing the great CMOS are just like on a common camera, no-name.

delarmo said:
With little hack us firmware on CN dashcam but I not enough tested. My first impression WiFi don't work. But without WiFi connection is adas not full f 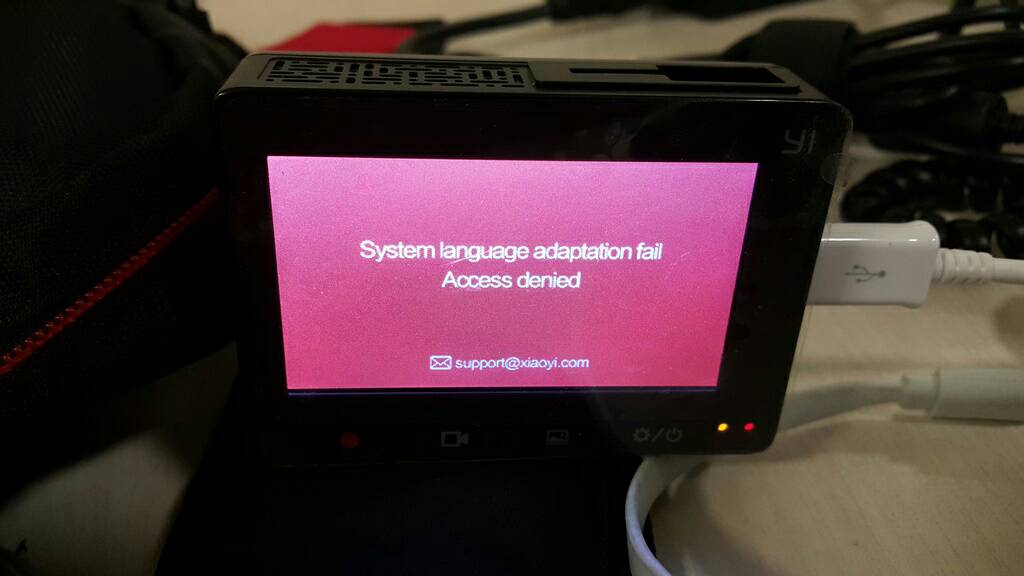 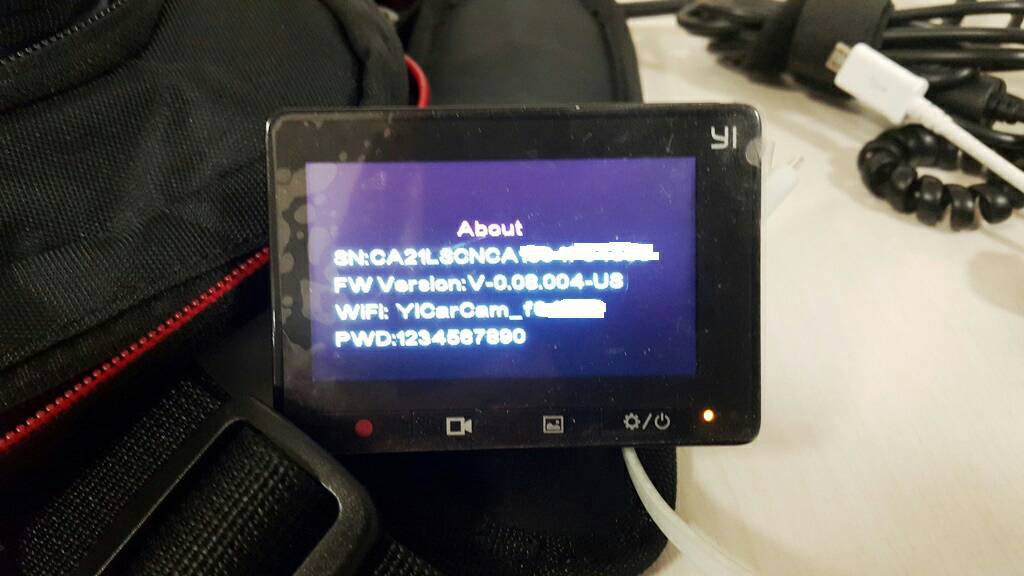 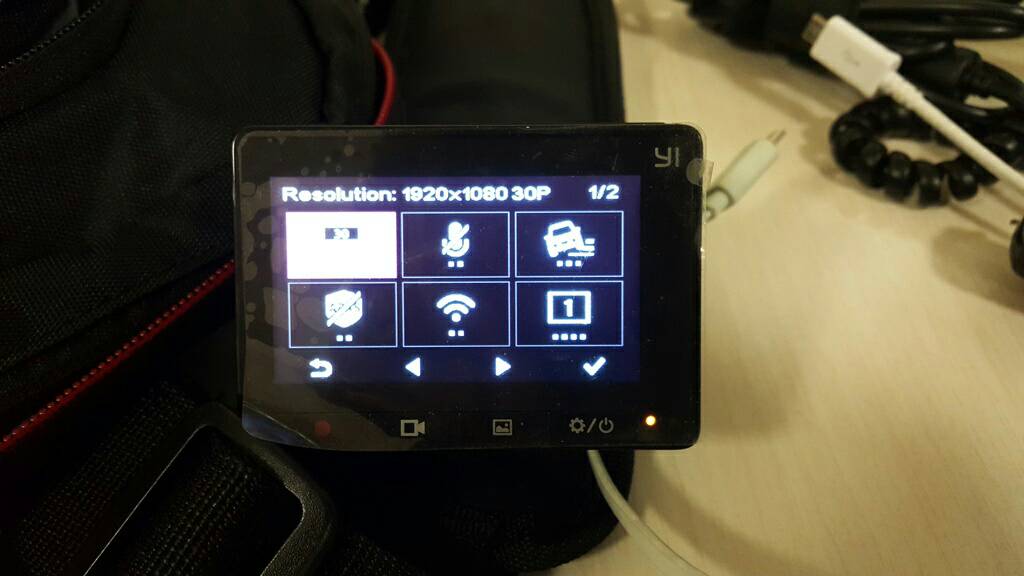 Sorry for my English.
G

It's amazing Yi said it can't be done to flash International version on to Chinese firmware, and soon enough the Hero Scoup does it. Yes it is not perfect but it is still an amazing thing to do!!!
S 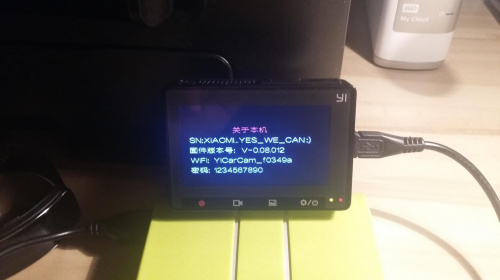 would you confirm that after writing EN f/w on CN unit that recording autostarts with power ON? Please.

As I mentioned already that re flash already was done, but auto recording start didn't work, actually dashcam didn't boot without engmode

Yes, after this steps you have full International version.

3. Modified SN write in file SN.txt (in file we write ONLY string with SN)

8. After reset SN was changed

10. Put on SD card file FWCARC10.bin with US firmware