New to the forum and dash cams in general.

Last weekend I planned to hardwire the rear dashcam into the car to enable on/off without the hassle of plugging/unplugging the power cable every time. (Planned to tap fuse 86 - 10a fuse - hot on ignition) After setting up the hardwiring kit I came to the depressing realisation that I did not have enough cable to power the rear cam. (Cables routed under door trim to avoid issues with airbag deployment etc, up offside rear passenger door and through the boot.) initial plan was to then go under headlining and through the cable grommet thing between the car and the boot door.

Trip to Halfords after an unsuccessfully day to query about extending the nextbase hardwiring kit. The staff were ever so helpful In finding a solution and stated that they have recommended various times to solder a desired length of wire to the red power wire of the nextbase kit. After taking a few notes I had a browse at the wire available, as I was tapping into a 10a fuse, in theory could solder some 17a cable onto the existing wire and have the knowledge that the fuse would blow before the cable goes up! (Correct or incorrect? Please enlighten me)

While poking around the boot I notified there was a rear fuse panel on the left hand side of the boot, this would be an ideal place to place the hardwiring kit. I attempted to plug an add-a-fuse circuit into a random port and the darn thing won't fit!! Upon closer inspection the fuses sit below a lip, which means I can not seat the piggy back into it. Urgh. Didn't fancy wrapping wires around the fuse as this is just a shoddy way to wire, not only dangerous but could damage the car.

At this point I was looking at permanently using the 12v socket to use the cam.

Straight onto the internet to find another solution..

Two things came to light after reading various posts. To make the most of the dash cams settings by enabling the use of parking mode, and to allow continuous running of the cameras while parked outside the house. Power magic pro (Will refer as PMP from now on) seemed to be a cheap and cheerful solution to my failed attempts at hardwiring these cameras. The PMP would ideally be hardwired into the passenger fuse box.

Now a couple of questions that I need an expert to answer for me or to suggest a solution. Or someone who has experienced a similar predicament like the one I am dealing with.

Firstly, has anyone attempted to hardwire using a piggy back into the boot fuse box of a focus mk3 , if so how, hopefully avoiding wrapping wires around the fuse)

Can I use two power magic pros (please don't reference the plus version of PMP as I can't seem to source) inside a car using the passenger fuse box (separate fuses obviously!!! Reference chosen fuses above in post) if so am I affecting the car/PMP capabilities.?

If using two in one vehicle is not suitable, can I split the one PMP with either a cig lighter splitter or using a dual USB adapter, as I could alternatively power both dashcams off that using two mini USB cables instead of using supplied power cables which came with the cams.

Apologies for the oversized post but i couldn't have explained it in short hand. I appreciate the time you take to read this post.
Last edited: Jul 25, 2017

You can tap into the same fuse tap as the front camera, these suckers only use like 0.5 A when running so no problem having 2 on the same piggyback fuse.
you should also be able to put 2 cameras on the PMP though i have no experience with those suckers.

as @kamkar1 stated, yes, you can use two cameras connected to a BDP. I have both my A119 and SGZC12RC connected to my multi safer.

and if you need a longer power wire run, you can do a bit of soldering yourself with some decent quality speaker wire or something.
OP
M

Thanks for taking the time to read my post.

Just need some clarification on whether I can use two power magic pros, just for ease of wiring and wiring lengths, without needing to solder any additional wires.

Using 2 of the PMP devises should also not be a problem, also tapped into the same fuse in the box, none of them will have any power draw worth mentioning, not even 2 on one circuit.
OP
M

Just another thing, if im tapping into a 10a fuse, what would i put in the empty slot, another 10a fuse?

I think a 5 A fuse will be fine for the cameras, the original fuse you remove to plug in the piggy back i believe go in the lower of the 2 fuse slots, the top one are for the fuse for the additional circuit. 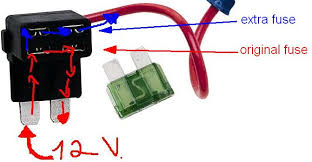