Most of the postings I seem to read seem to indicate that the optimum settIngs would have WDR/HDR off. Most of what I've read and seen over at the VIOFO website and the few comparisons I've seen look like it can solve some real problems with wide ranging light conditions.

True HDR is implemented in A119 V3 - VIOFO Official Website

VIOFO A119 V3, provides Firmware that supports HDR for customer.

So, are my impressions wrong? That is entirely possible, especially as you guys have a ton more real world experience. I'm guessing, like most things designed for difficult problems, there are plusses and minuses. So my question is, when should it be on and when off? Specifically, if it is set on all the time, what is the downside? Any other advice is very welcome, thanks.
D

Viofo disabled WDR in their “new” FW. The only available choice is HDR. Even though, A119 V3 user manual at Viofo site still mentions how to turn and to turn off WDR. The WDR is a relatively straightforward tech, just like adjusting “brightness” and “contrast” of your TV set. Some people do not like WDR. The HDR requires both the sensor and the processor working together. It looks like that it is really a challenge for A119 V3 to give a “perfect” movie. You might notice complaints from members regarding HDR, especially during low light conditions. On the other hand, it is entirely up to yourself. If you do not mind those "imperfection" video at low light with HDR on, you may want to leave it on. The HDR does give some benefit.

Chas0039 said:
Most of the postings I seem to read seem to indicate that the optimum settIngs would have WDR/HDR off.
Click to expand...

WDR (not supported by sensor, only by processor) works pretty good in daylight, but you'll need to also set exposure compensation at lower numbers. In the night light, WDR is not as good as in daylight. HDR is worse in daylight, because it doubles images, you can see that by looking at car plates. In the night, HDR has only advantage or showing SOMETIMES, randomly, car plates. But the image quality deteriorates drastically. HDR and WDR are not on the same firmware. You should decide firstly what to use.
Logical conclusion is to keep so-called and advertised Super Night Vision OFF, because, although there are some improvements, the functioning of both is not reliable.
You should test by yourself both "features" and see if one of them suits you. There was a pretty good implementation of WDR on an older firmware v. 1.03. You should start from that one.
O

First of all, WDR (FW - 1.X) is purely software solution, where HDR (FW - 2.X) is hardware solution (must be supported by sensor (SONY IMX335) AND main processor (Novatek)).
As far as I know, that what VIOFO calls an HDR, is *THE* HDR, aka. "Starvis" hardware function, from SONY Starvis sensors. WDR was just an software brightness up-kick probably.
- the bottom one uses "Starvis" mode.
The "double frame" issue on FW - 2.X was corrected in a modified V2.3 by user @vvs49 in one of above topics.
D

First of all, the only purpose of a dash cam is to provide driver protection with recorded video. My “old” dash cams with WDR-implemented turned night scene very “bright” than those with my own eyes. That was what I wanted and I am so happy with WDR. WDR disproportionally increases the brightness of dark objects (or call it as distorted natural scene) and HDR is doing the same thing with different method. HDR supposes to provide a “better” outcome but with disadvantages (reduced to half frame rate, blur image of fast-moving object, …). Hopefully in the next decade(s), cost of night vision goggles and IR technologies would be low enough to apply to dash cams.

So, just stick to what it is available now and wait until tomorrow.
OP
C

"... reduced to half frame rate..." I assume you are referring to the older firmware where it let you pick 60 fps but really delivered 30 fps. You're not implying that picking 30 fps with HDR on really delivers 15 fps, are you?


And I'm now aware WDR and HDR are different. I just mentioned both because VIOFO never really addressed the difference in the owner manual. My firmware is 2.2 so WDR is gone.
D

Let me repeat other members mentioned here. With HDR, sensor shoots two frames at “almost” the same time. The current sensor supports up to 60fps. Under HDR (and the current FW), the sensor takes two 30fps images and “stick” them together with the processor. With HDR enabled, the sensor still can shoot 60fps, but splits into two 30fps. The outcome is 30fps video with HDR. The "HDR shoots two frames at almost the same time" is the root cause of blur image for fast-moving objects.
OP
C

When movies are shot with negative film, shutter speed is fixed at 1/24 second, or 24fps. That is the minimum speed to deceive human eyes as continuous movement. Increasing from 24fps to 48fps (using double amount of negative) would give smooth and detailed motion picture when play back at 24fps as slow-motion. If the high-speed camera has the same hardware (such as aperture, etc.) and the same lighting, this needs to use high speed film. The higher the film speed, the lower the film resolution.

Sort of the same i say about the new better at low light sensors.
Yes it produce footage much brighter than a older sensor, and it is more easy on the eye to watch.
But pause the video or go frame by frame, and you will discover the more you can see alright, well it is just a blur and not really something you can use for much.

I like bracketed shooting where you combine several images recorded at different EV settings, this pull out the best of both worlds ( dark & bright ) and put it together in one image.
This picture ( taken freehand with my osmo action camera ) are made up of 5 different pictures, the bottom one very dark, the top one very bright, in software put together to find a more agreeable middle ground, still better than the middle of the 5 pictures taken. 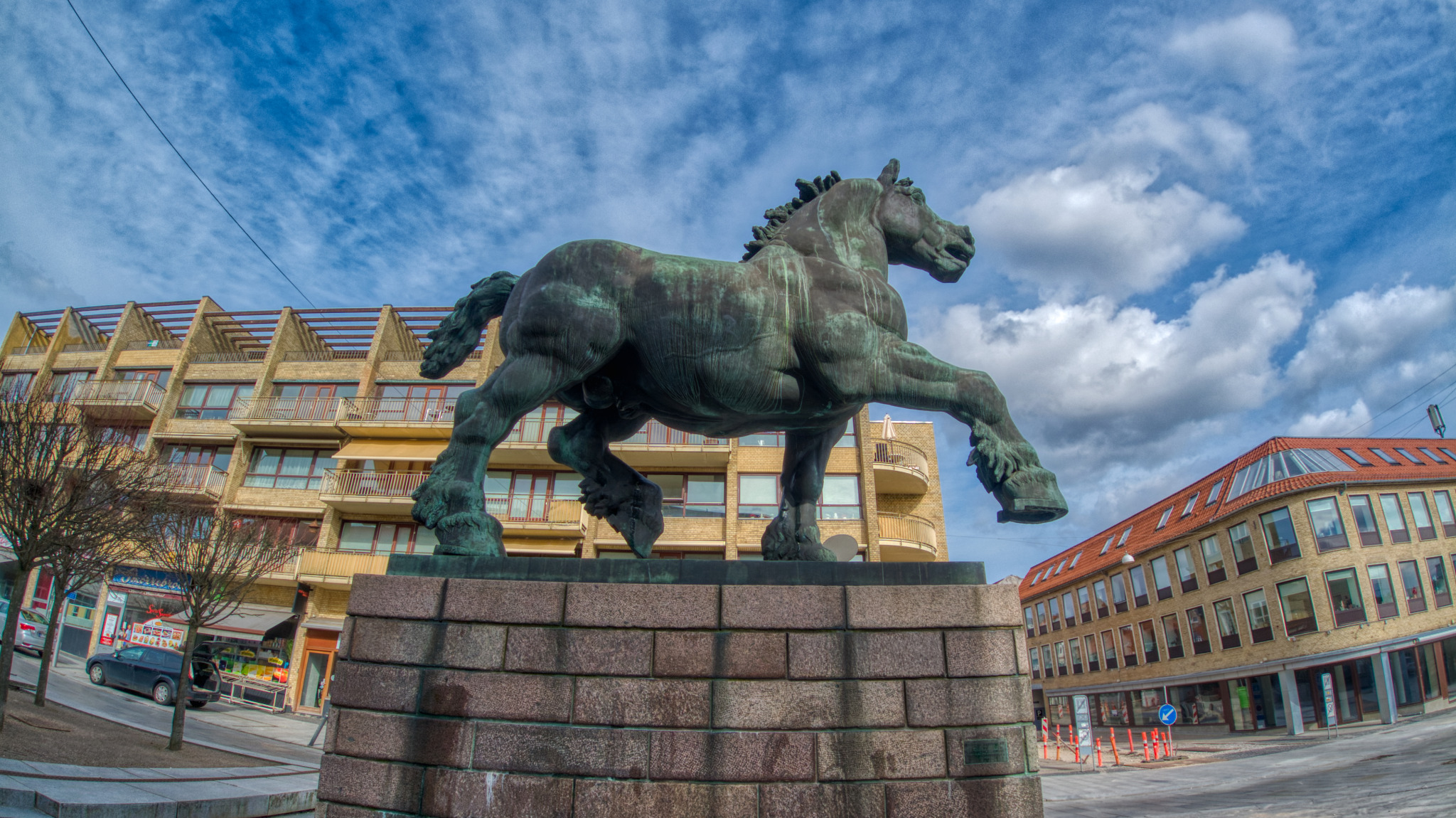 kamkar said:
I like bracketed shooting where you combine several images recorded at different EV settings, this pull out the best of both worlds ( dark & bright ) and put it together in one image.
This picture ( taken freehand with my osmo action camera ) are made up of 5 different pictures, the bottom one very dark, the top one very bright, in software put together to find a more agreeable middle ground, still better than the middle of the 5 pictures taken.
Click to expand...

Computational photography is more advanced than old technique of bracketing. Now, even my phone (Xiaomi PocophoneF1) camera takes better (noiseless, w/ high dynamic range etc.) pics than my old dSLR and all, in one click. Something like this is used, I suppose, in dashcams who features HDR, but at much lower@slower level.

i have a MI9, first and last phone from that brand, even if it do just fine what i want it to do ( be a telephone in my pocket )
But it force things on me ( xiaomi apps ) i cant not delete, and i do terrible bad with being forced into anything.
You must log in or register to reply here.
Share:
Facebook Reddit Pinterest Tumblr WhatsApp Email Share Link
Top