yeah just the ceramic is used, sorry I should have been a bit clearer
S

Nigel said:
Unless someone needs to be moved because of fire risk then moving them should be left to either themselves or the experts or you risk doing more damage than you prevent.
Click to expand...

Absolutely true and more so if the victim is not fully conscious. If you touch someone, you are responsible for the effects it has on them and unless you are trained to deal with the situation it's best to just do what you can without moving them. Unless staying in the car is an imminent risk to them, leave them there or let them get themselves out. You can help with that by prying doors open etc., but let them move themselves.


Nigel said:
As for cutting seat belts, the seat belts are designed to be releasable without being cut and I can't remember anyone ever being unable to release one...
Click to expand...

I've seen plenty of crashes where the seat belt buckle was not accessible after the event. I have a knife in my left and right pants pockets just because of this possibility. There's also one in each vehicle which I should be able to access post-crash. I've thought about adding one to my keychains but they're pretty well loaded already.

Youtube is a boon for the do-it-yourselfer but in showing you how to do things it also shows the crooks how, and they are not so stupid to miss this point. There is no real solution to "smash and grab" events except insurance, but one of the oldest and most effective techniques is to have nothing in your car to steal and to leave it unlocked so at least the car will hopefully be intact on your return. But with Youtube they can open your car (and anything else) silently using tools easily purchased online and this is becoming a more common M.O. for the bad guys. Your best defense is to not look like a good target and to be near enough to a better looking target for them to pass you by getting to that one. What they don't see they won't steal

this video makes me wonder how many people accidentally broke their window playing around with one of these tools.

USDashCamera said:
this video makes me wonder how many people accidentally broke their window playing around with one of these tools.
Click to expand...

Probably the same people who bricked their iphones by setting the date to sometime last century while attempting to disprove that it happens. [emoji2]

I have a hammer like this but it's not spring loaded. Hope I don't ever have to use it and I also hope the manufacturer tested it. 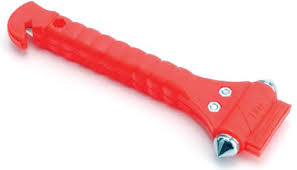