Just thinking out loud here about SD cards for dash cams.
Some issues on dash cams are/or could be down to particular types or brands of SD card used in the device.
Some manufacturers supply their own SD cards with the devices but of a lower capacity. Users will tend to buy a higher capacity SD card to use, especially if using a 2ch setup.
Would it not be a good idea for manufacturers during their testing stages of a dash cam to try different brands/types of cards and recommend them or even note the not recommended cards for use with their product?
Surely this could help alleviate some common problems? This reducing support issues for the manufacturer?

Then again, could it open up a legal issue recommending one manufacturer over the other possibly?
I don’t know, as I say I’m just thinking out loud on this lol

what you suggest happens with some brands already, what cameras are you looking at?
OP
A

Not sure at the moment. I’ve got my eye on the new Kenwood A700 but I’m not ruling out a Viofo or Streetguardian

not sure about the Kenwood, Viofo do offer their own branded cards, we supply our cameras with cards but we only use top tier brand name cards, SanDisk High Endurance, Western Digital Surveillance, Samsung EVO+ etc
OP
A

jokiin said:
not sure about the Kenwood, Viofo do offer their own branded cards, we supply our cameras with cards but we only use top tier brand name cards, SanDisk High Endurance, Western Digital Surveillance, Samsung EVO+ etc
Click to expand...

SG cameras don't seem to be memory card fussy, and i think viofo are about the same as long as you get a better brand / model of memory card.
Others like blackvue seem to go out of their way to make sure as little memory cards work with their cameras.
I have a range of relevant memory cards i run thru cameras i test, and really i have not yet seen one that don't work, but i have at times seen strange things, like 1 memory card that just would not work in one of my cameras, but another memory card exactly the same and from the same shop worked just fine in that camera, and the card that did not work there worked fine in any other camera.

We work on trying to support all good quality cards, that said there are still cards which should not be used as they aren't good for our application even though they are brand name cards, eg the entry level SanDisk Ultra, the silver Transcend, any Lexar cards
S

SG supplies cards with their cams to ensure you have a good card, and they bundle several different card sizes for you to choose from. Viofo has his card manufacturer test the cards in his cams to ensure functionality (those are MLC type cards and offer long life along with high write speeds). Thinkware and Blackvue want you to use only their own cards which are overpriced, and it can be tough to find any other cards which work in their cams (and it seems they design their cams to be like this).

Since most cam issues are card-related this approach reduces after-sales customer support and warranty claims. Most average drivers are well-served by smaller cards although those wanting to use parking modes need larger ones. Relatively few cards work well in dashcams, so this leaves the manufacturers (and us) sort of corralled into buying only those cards at whatever prices are being charged for them. Then they have to maintain their sales pages accordingly, so if card prices go up they have to change their advertised prices or lose some of the expected profit margin from sales. Card prices are stable right now (and relatively cheap) but it wasn't so long ago that a reliable card cost about twice of what you pay today for the same card. Cards are only expected to last a certain number of write cycles so a card twice as large should last twice as long in addition to offering longer recording times, making them doubly attractive to advanced cam users as long as the prices are good.

At the other end of the spectrum are some cheap cams which come with cards, usually equally cheap and always small in size. That is done more for a marketing edge as the buyer sees the card as a bonus, saving them money over a similar cam with no card. That type of cam buyer will probably never check the card after a very short time of use and they are probably unaware that cards don't last forever too. It's only when they need footage and discover their cam hasn't recorded in months that they end up coming here to DCT to learn which card and cam they should have bought in the first place, and we try to help them find it. The manufacturers and sellers of these cheap cams don't care about their customers after making the initial sale, and often they will not warranty the card, just the cam, then blame whatever the problem was on the card. And though we here preach "only good cards we recommend" the truth is that with cheap low-bitrate cams, most cards will work for awhile at least, even if they don't work in the good higher-bitrate cams we recommend.

You sometimes find a manufacturer or seller recommending certain cards on their sales pages, but cards do change over time as the card manufacturers change the build process or as the raw materials they buy to make cards with change. So this often leaves someone buying a 'recommended' card which actually doesn't work properly. In years past Sandisk cards were well-known for not working well in dashcams, but Lexar cards did. Now some Sandisk cards are great for us but no Lexar cards being made today are. These mentioned cards are likely great for other uses but when you need the high write-speeds our better cams require the whole scene changes on our end. SG recently bundled a card which was thoroughly tested as working well initially, so they bought a lot of the cards only to discover that now there were problems with that card once it reached general distribution. They notified every registered owner of their cams which were sold in that era about the problem to get those cards replaced under warranty. I think they were able to return most of the cards they bought to their supplier seller but I'm sure they took a loss with some of them and it took a lot of time and effort to rectify things. I'm not sure any other cam manufacturer or seller would have went that far, and I'm positive that many wouldn't have done anything. So sometimes even the best effort and intentions aren't enough with SD cards for dashcams and it takes awhile to work things out.

I the 5 years or so I've been in the dashcam 'game' I've watched as all this happened here on DCT, where IMHO you will find both the best people as well as the best and latest info on all things related to dashcams. You won't find a better place for this kind of information in the English language than here. Hang out on DCT and you'll gain from the freely shared up-to-date dashcam expertise found here, and when it comes to dashcams the uninformed masses will look at you with awe and respect regards what you know about dashcams plus it can benefit you too.

Not heard much good about ADATA cards, but that doesn't mean that their current offerings are bad. I think it is fair to say that nobody knows.

There is no need to over specify the cards, an A2 rated card is unnecessary for any current dashcam but they do cost more.

If you don't want to stick with the normally recommended brand names like Samsung Pro Endurance or Western Digital Purple, and don't want to use the manufacturers cards like Viofo MLC, then presumably you are looking for cheap, in which case you could try MyMemory, not heard of any problems with that yet, and it has a decent specification for dashcam use, it is also cheap enough to not worry about a short life, although there is no evidence that it would have.
M

I would stick with Samsung Pro Endurance, if they would have better write performance for dual 4k UHD+FHD recording, as i heard its not enough for this card
M

oh and Samsung does not have 256gb version
S

I might be wrong, but IIRC there have been a couple of people here on DCT speaking well of the ADATA cards in recent times and in some other places too. But I can't remember which cams these were being used in which can make a big difference.

Should you try one please let us know how it goes, as there are few good cards and finding another good one can help lots of people

SawMaster said:
I might be wrong, but IIRC there have been a couple of people here on DCT speaking well of the ADATA cards in recent times and in some other places too. But I can't remember which cams these were being used in which can make a big difference.
Click to expand...

when we were doing the Zoran chipset the ADATA cards were used for testing, they tripped up easier than any other card, memory cards from these type of manufactures change often though so their current cards may well be different to their older ones in that respect, I still wouldn't use them though, better to pay that little bit extra for a top tier brand I think

jokiin said:
I still wouldn't use them though, better to pay that little bit extra for a top tier brand I think
Click to expand...

If it is a little bit extra then yes, but that MyMemory card is a lot cheaper, so if you want to put a large card in a cheap camera then it does make sense, as long as it works. Hard to recommend any card until a lot of people have tried it, and by then it is quite likely to have changed enough that the recommendation is invalid. Best performance and reliability should always be found in the expensive equipment, but not everyone wants to pay the price.
S

Always a safe bet to use a known good card, but those are found by someone actually using them. Always some surprises in this; some good and some not so good, and only trying will tell.

For me anyway, I'll spend whatever is necessary for a known good card because that is the best assurance I can get that if I need a recording then I will have it.

Wouldn't use the MyMemory ones either, have already had support tickets from people that have used those
G

What is everyones opinion of the WD Purple microSD 256GB Model U3 ? 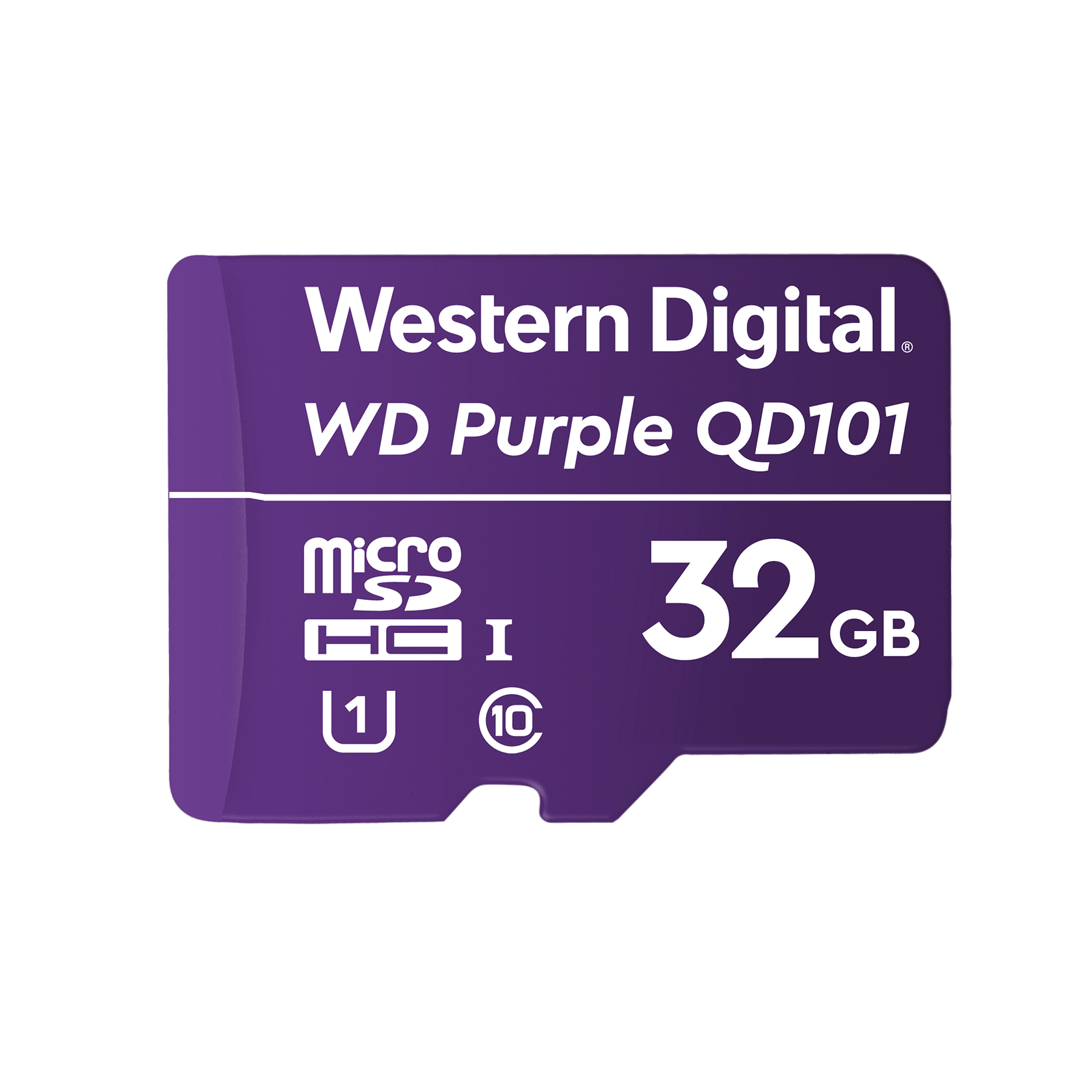 Grierts said:
What is everyones opinion of the WD Purple microSD 256GB Model U3 ?
Click to expand...