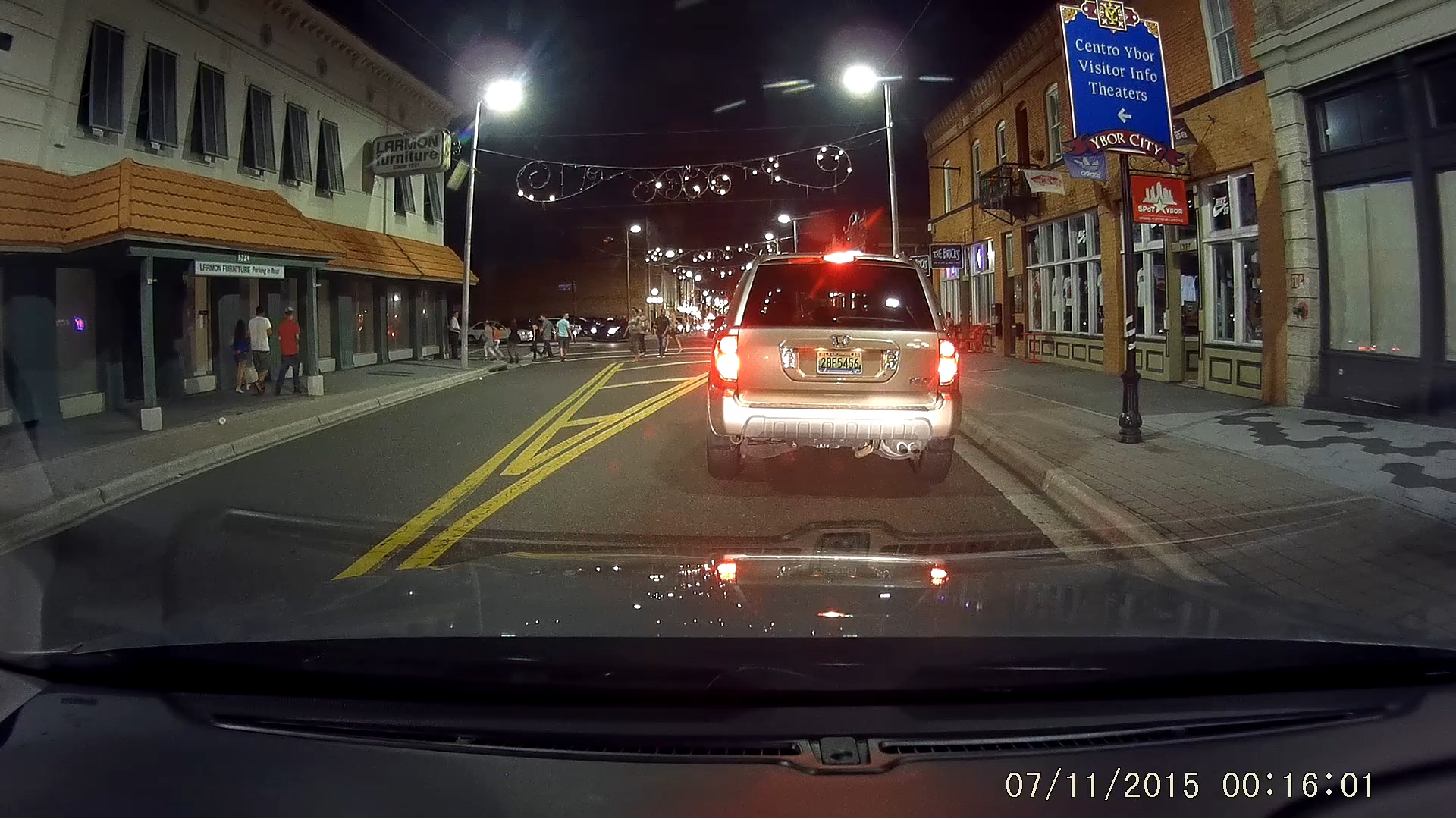 Here's a still shot of how it looks today: 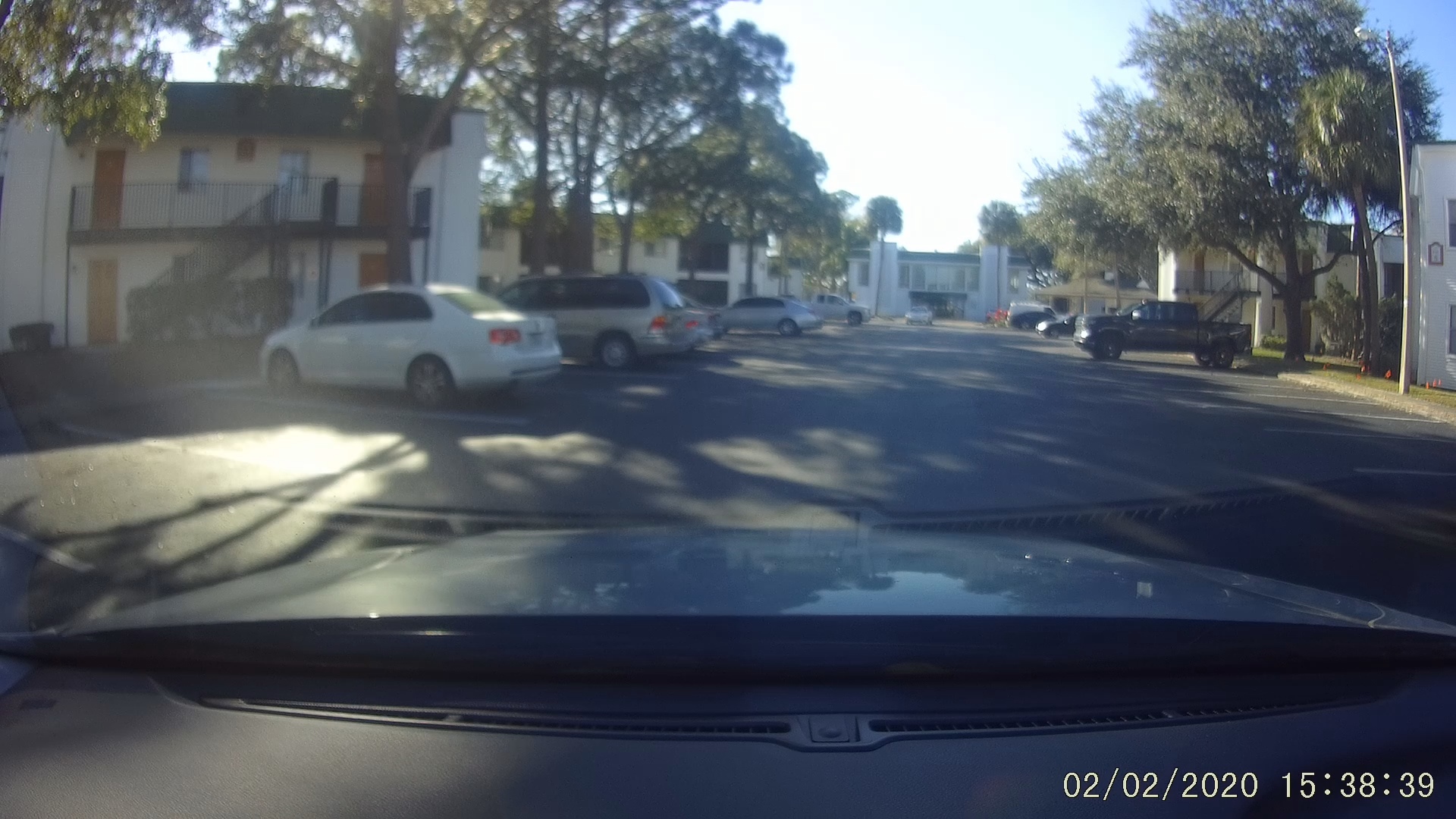 I also tried a close-up with the dash cam today and it looks pretty good close-up: 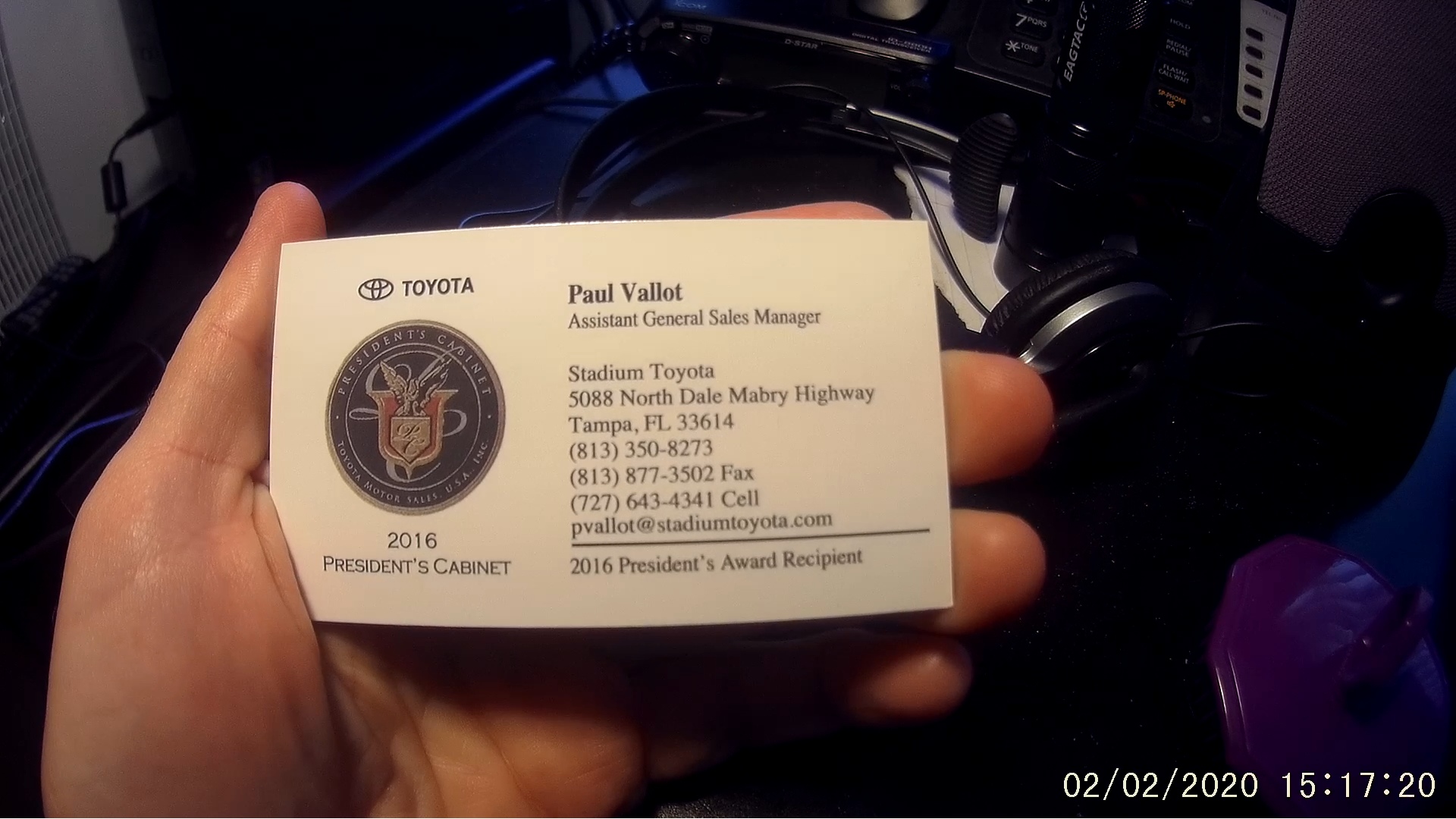 So it seems to do just fine focusing close-up, but it's not focusing on objects/scenes further away. Here's a video clip from July, 2015 where it looks nice and sharp:


And here's a video from today where it's out of focus:


I've already tried cleaning the lens and the windshield. So I'm wondering if anyone has any troubleshooting ideas I could try. Is this something that can be fixed somehow, or maybe has the unit reached end-of-life?

if you open it up you can refocus the lens, not too difficult if you want to give it a go, won't need a lot of adjustment to get it back to how it was
Last edited: Feb 2, 2020
S

It's still a good cam, just some focus shift probably due to age or vibrations. I'm sure one of the wonderful SG crew or a more experienced person will come here shortly to tell you how to refocus it. It's not hard to do with most cams. Tagging @jokiin @OCD Tronic @niko for you.

Willing to give it a shot. Any directions / instructions of what to do? Thanks.

DashCamOnBoard said:
Willing to give it a shot. Any directions / instructions of what to do? Thanks.
Click to expand...

I think @niko may have posted some pics on how to disassemble before, will see if I can find the details

Don't have 1;1 SG disassembly/refocus instruction (not many similar reports here), but you may rely on my A118 disassembly thread, which will give you some hints (assembly/disassembly is similar)

focusing/refocusing process looks similar to what I did with Panorama X2:

Lens Focusing / How to Focus a Dashcamera lens ( Video tutorial )

There are cases where you might need/want to focus ( re-focus ) a dashcamera lens. NB! Any DIY may void a warranty. Act on your own risks ! There are few different ways for dashcam lens focusing ( DIY ). Each enthusiast has his own tricks. Below is how I usually do. It is more convenient to...

I hope this info will be helpful.
S

Look HERE and also read the posts after it for some suggestions on how to do this. It's not a tough job, but tiny amounts of adjustment may be needed so be certain that you somehow mark where it is at now before you begin turning the lens in the mount. Be careful with the ribbon cable going to the lens, it can be slightly dislodged easily meaning you'll have to go back in and reseat it. Also check that the lens housing screws are all snug, do not overtighten but none should be loose. This cam has no video out port so it's going to be trial and error setting the focus. Aim for a target with good contrast and some finer details all across the picture area about 10m away from the cam, then shut down the cam and view your results. Once you're happy with the results, use a couple drops of wifey's nail polish on the lens threads where it meets the lens housing from the outside to lock it in place after it dries, then you should be good for several more years.

SawMaster said:
This cam has no video out port so it's going to be trial and error setting the focus.
Click to expand...

actually it does have AV out but as is typical it's an analogue output which can make it a bit harder to adjust, it can still be done by record/stop/review method which might take a bit longer, likely only needs a few mm movement of the lens to get it right
S

@jokiin
It seems my memory focus is getting blurry with age too, can you recommend a video which will help me with that?

SawMaster said:
@jokiin
It seems my memory focus is getting blurry with age too, can you recommend a video which will help me with that?

most of our cameras don't have AV out, easy mistake to make
OP
D

So it looks like we basically disassemble it, scrape away some glue, and adjust a lens ring to try and get it in focus. Then I'd need some kind of adhesive/glue to lock it in place? I think I could scrape the old glue away with a jeweler's flat head screw driver. And nail polish? LOL. That's something I would get online and not in-person at the store. Unless there's a better option with something else.

But I'm wondering, how do you make it focus on objects/scenes at different distances? If I go and adjust it and can see a car from 10 feet away, then won't other cars at 30-50 feet away be blurry?

I fear breaking the thing if I disassemble it. Or maybe it'll be too hard to re-assemble it. I'm fearing I may have to call this one a loss...

if you're calling it a loss without giving it a go then you have nothing to lose, it's really not that hard, the lenses used in dashcams are a fixed focus type, once the focus is right at around 12ft it will be right at everything beyond that
OP
D

Yeah, might as well give it a try. Maybe this weekend when I've got some time. I need to think of what kind of adhesive to use to re-glue it. I don't suppose super-glue is a good idea, as it could be too permanent?

don't use superglue, it will destroy the camera with the vapors that come off it, UV cement is ok, nail polish will do the job, just buy some cheap stuff from a dollar store
S

You'll want a heat-resistant type paint or glue. Any old-fashioned enamel paint will do; I say 'nail polish' because most folks can sneak a couple drops from the wife or GF without going anywhere or spending anything. You don't want to use anything permanent like thread-locker or anything that heavily off-gasses like superglue or silicone. Old-fashioned gray "permatex" or yellow 3M weatherstrip adhesive from your car toolbox/garage will do, just messier to use. Water-based latex paint might work; never tried it on something like this but it generally doesn't stick to metal very well. It doesn't need a lot, just enough to not come loose with normal vibrations and bumps while driving. Even bubble gum pressed into place might work

Now I really wish a I had a girlfriend. Gonna swallow my pride and go to the store and buy some stinkin' nail polish. LOL.
S

Some guys use nail polish to brighten up their pistol sights to make them more visible. And I've been known to buy emery boards and the larger 'salon boards' used for fingernail care to be used like 'sandpaper on a stick' for various purposes- those come from very coarse to very fine Regular nail polish remover is just overpriced acetone in a small handy container I draw the line at purchasing women's 'monthly' products even if they would make the perfect tool for doing something Even I have at least some pride and dignity left

DashCamOnBoard said:
Now I really wish a I had a girlfriend. Gonna swallow my pride and go to the store and buy some stinkin' nail polish. LOL.
Click to expand...

Just go to your local dollar store and you'll find what you need on the cheap. There's no need to be embarrassed as nail polish is often purchased by guys for many other purposes. Personally, I use it (the florescent type) on gun sights and to mark tools along with many other things. One example is that I use it to mark the USB-A plugs on dash cam cables in my truck so I don't have to fiddle with direction and polarity when I plug them into their 12V adapters which I also mark correspondingly with nail polish.

For securing M12 dash cam lenses I much prefer UV cement. My advice is to consider using UV glue instead of nail polish. It is safe, secure, cures instantly and is easy to remove if you ever want or need to.

Something like Lazer Bond or Visbella is what you want. They come with a UV light source for curing. Once you buy this product you'll probably find many other unexpected uses for it.

SawMaster said:
Some guys use nail polish to brighten up their pistol sights to make them more visible. And I've been known to buy emery boards and the larger 'salon boards' used for fingernail care to be used like 'sandpaper on a stick' for various purposes- those come from very coarse to very fine...
Click to expand...

There certainly are 'manly' uses for some typical feminine products. I keep a small stash of emery and salon boards in my tool box because they come in handy for many things. I've used 'clear' nail polish for years now for things ranging from 'thread lock' to finishing fishing flies.

DashCamOnBoard said:
Now I really wish a I had a girlfriend. Gonna swallow my pride and go to the store and buy some stinkin' nail polish. LOL.
Click to expand...