You will be surprised the C3 lens cable became to be golden.
In China, people also say golden color to be TuHao color, that means it is expensive.

I have used the C3 only powered by it’s own battery. I have not connected it to the motorcycle at all. (I plan to do that later.)

1980 Honda would have CDI (capacitor discharge ignition) from memory, it will cause noise for sure
OP

This is from other riders solution,

My solution would be to NOT wrap the cable with conductive material. He is not helping his situation there. If he wants to wrap it with anything, he should use something that is insulative, not conductive.
OP

Have you tried putting a ferrite choke on the line....I had a similar issue with my GPS crashing. It turned out to be interference from the engine. I put a choke on the power cord and it fixed the issue.

Thank you for the ideas. Yes the ignition is CDI and is certainly a source of noise.

I started with the unmodified hdmi cable and the video froze as soon as I started the motorcycle. That's why I tried the copper foil wrap - it should help. (Shielded cable is normally wrapped in either a wire mess or copper or aluminum foil to capture external EMI and take it to ground before it reaches the inner conductors where it will cause interference.)

So far, I'm powering the camera from its own internal battery. Ferrite chocks would help suppress internal noise on the power line once I wire the camera to power from the motorcycle. I'll try it but I don't think it will do much against externally generated noise which is radiated into the hdmi cable.

Again, thank you all. Please keep the ideas coming. I really like this camera. It works great as a rear-view dash cam. I'd love to use it up front too.
Last edited: Apr 17, 2015

oldBikeSteve said:
Again, thank you all. Please keep the ideas coming. I really like this camera. It works great as a rear-view dash cam. I'd love to use it up front too.
Click to expand...

are you mounting the camera body under the seat and cabled up the frame with lens up front?
O

That is my goal although I will probably mount the camera body in a small box behind the seat / under the luggage rack. Since first seeing the problem, I have been testing by simply laying the lens over the handlebars and laying the hdmi cable across the top of the tank and seat to the camera body sitting on the rear seat or luggage rack. That will be less EMI than with the cable under the tank along the frame. I have tried grounding the shield to the motorcycle and to the camera body. In each case the video freezes as soon as I hit the engine starter button. I know the camera body on the back seat is OK because I have ridden a few hours with the everything back there as a rear facing camera and that works great.

Thanks for the help.

if you have it all up front, camera body and lens does it still pickup the interference?
O

There is 12v to 5v converter in the package, How about connect the camera direct to the battery from bike? 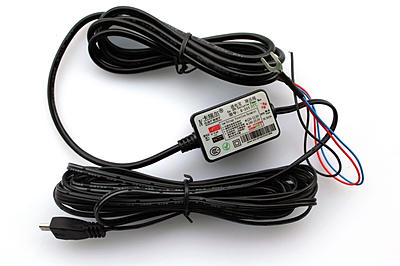 An "outside the box" suggestion! Assuming the issue is EMI being picked up by the HDMI cable, I wonder whether using an "HDMI over Cat5E/Cat6" approach might work - i.e. is Cat5E/Cat6 LAN cable likely to be more tolerant of EMI from the CDI system? Unfortunately I've only ever seen these adapters with standard HDMI sockets, so you'd need a mini HDMI to HDMI adater at each end - not ideal in a noisy environment!

Rock - is the signal transmitted between the lens and main modules a standard HDMI one? If not, then this may well rule such an approach out anyway. I happen to have a pair of these adapters, so if it is a standard HDMI implementation and I can find a pair of suitable mini to standard HDMI adapters, I might give this a try to see if it works!

I've ordered a pair of female mini HDMI to male HDMI adapters from eBay - item no 321428547937. However, I've just realised that you'd still have the 1.5m cable on the lens module which would need to be coiled up before connecting to the HDMI to CAT5e adapter - a) there might not be room to accommodate/hide this at the front of your Honda, and b) that length of coiled cable might still pick up EMI from the CDI unit, thus defeating the object!

Thanks for all these ideas. I tried powering the camera from the bike as a long shot. It did not help. Cat 5E / Cat6 might do better against EMI since each pair inside those cables in tightly twisted. I think it's possible to buy that cable shielded also. As you point out, even if I did that, the 1.5m of hdmi cable would likely still pick up the EMI. At one point, I tried the entire system up on my handlebars with the hdmi cable coiled there. The video still froze as soon as I started the bike.

I'm starting to think I may have to use the C3 as a rear camera only on the old bike.
OP

Conrod said:
Rock - is the signal transmitted between the lens and main modules a standard HDMI one? If not, then this may well rule such an approach out anyway. I happen to have a pair of these adapters, so if it is a standard HDMI implementation and I can find a pair of suitable mini to standard HDMI adapters, I might give this a try to see if it works!
Click to expand...