Thanks to Skyhigh Electronics for supplying this unit for review.

Review of the original Mini 0807 here:

1) With the original Mini 0807, I had issues with an out of focus image after leaving the car parked outside (in the summer) for an extended period of time. The manufacturer claims that the focus issues have been fixed due to revised hardware (ie. metal lens holder). See the sample clips and screenshots below re: video quality of the new unit. It appears to be very sharp and I have no issues with the focus. Note: it’s almost winter now and the weather is not as hot as it was when I did my original review -- so take this information with a grain of salt.

This Mini 0807 uses a super capacitor. Parking mode can be activated if the unit receives 12V power via the OBD port (OBD cable is included). The unit also monitors battery voltage and will cut power to the unit if the car’s battery drops to below a certain voltage. The user can preset the power off voltage point within the menu using the “Senior Setting”. Temperature can be preset from 11.8V to 12.2V, default is 11.8V.

IMPORTANT: These changes are both hardware upgrades to the updated Mini 0807. Updating the firmware on the original Mini 0807 will not yield improvements.

WARNING: DO NOT UPDATE the firmware on your original Mini 0807, as it can brick your camera. Cameras pre-installed with firmware 20160621 or newer are the updated Mini 0807.

More about this topic here: https://dashcamtalk.com/forum/threads/mini0807-over-temperature-protection-for-parking-guard.21182/ 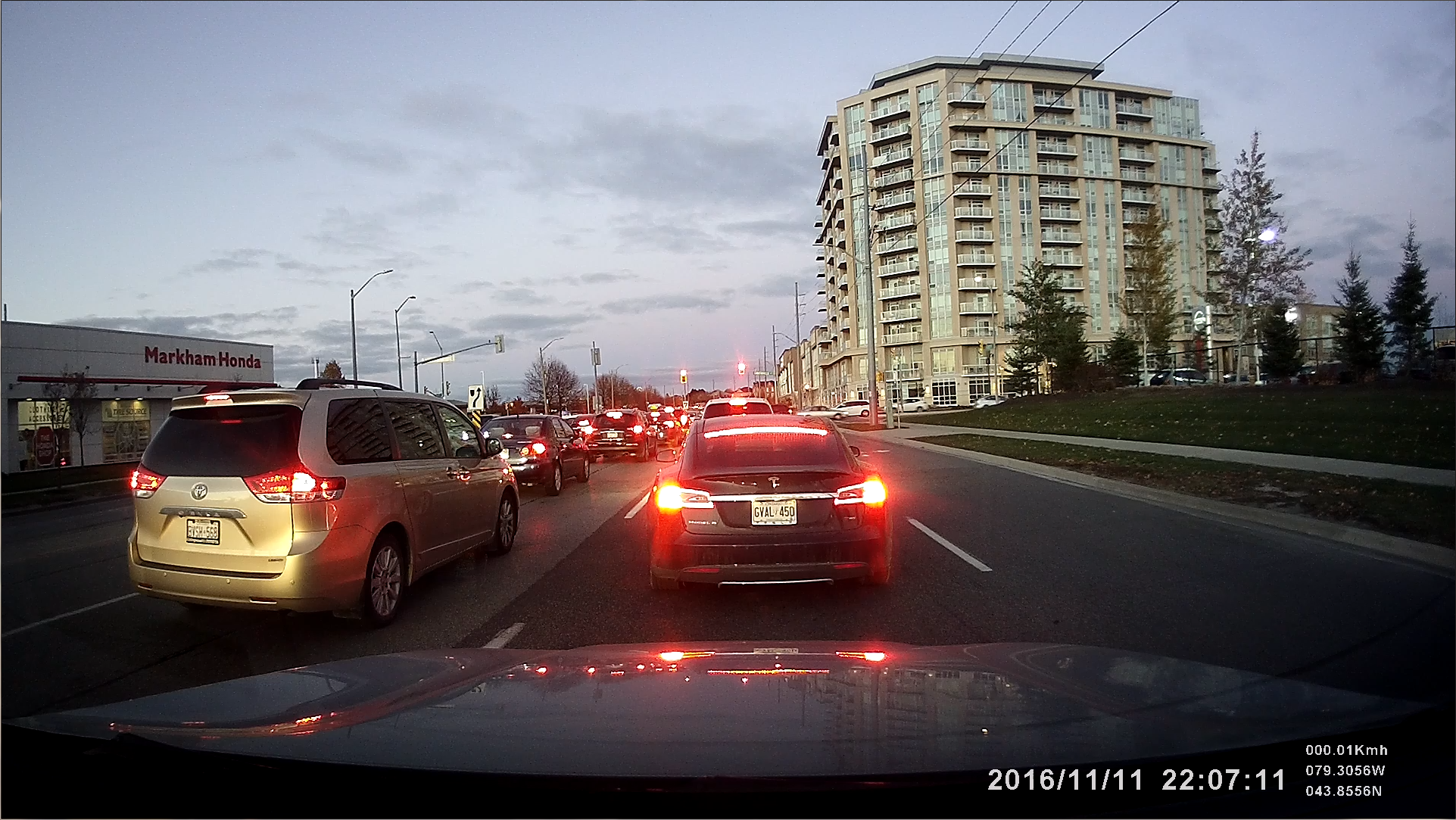 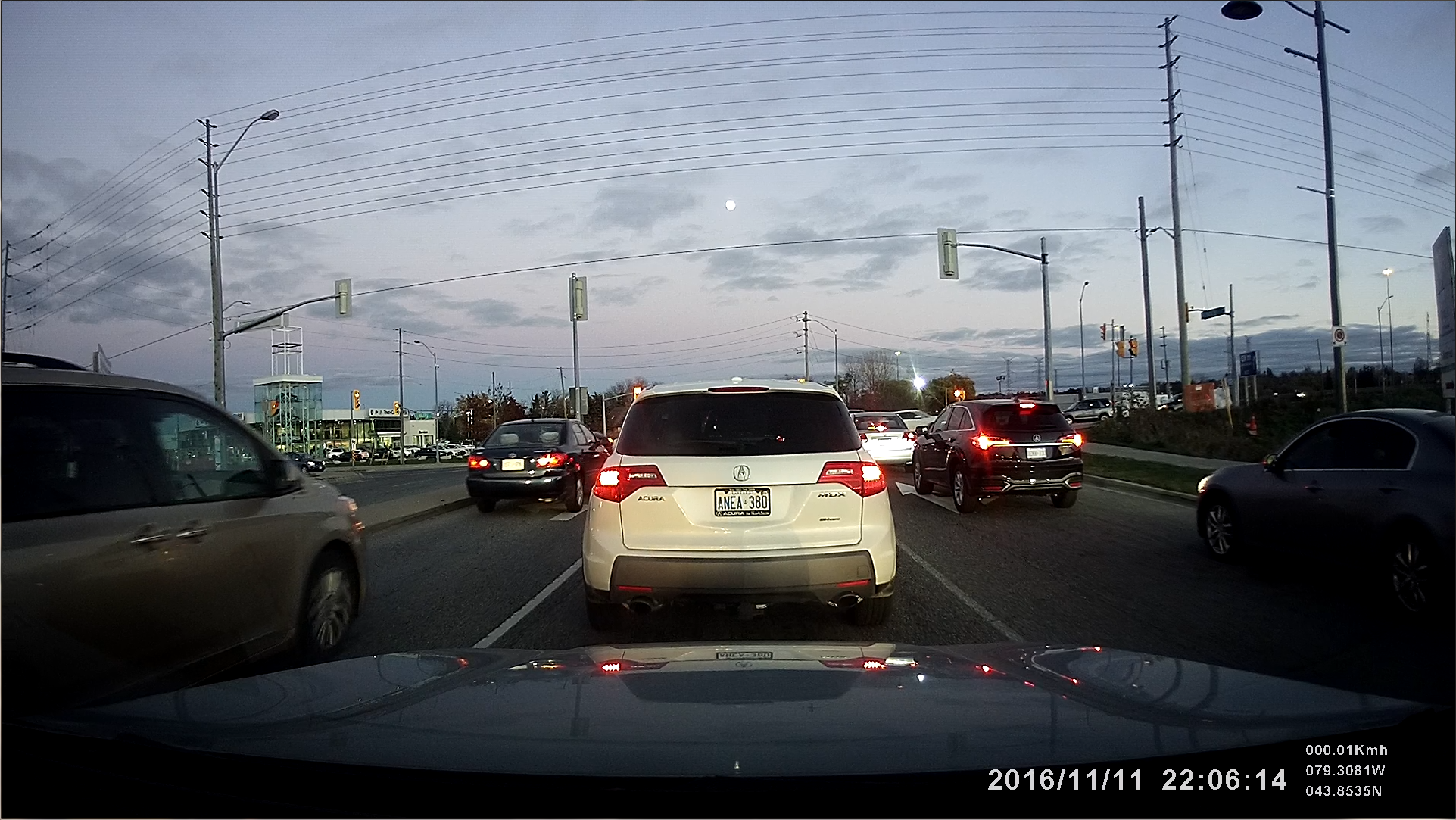 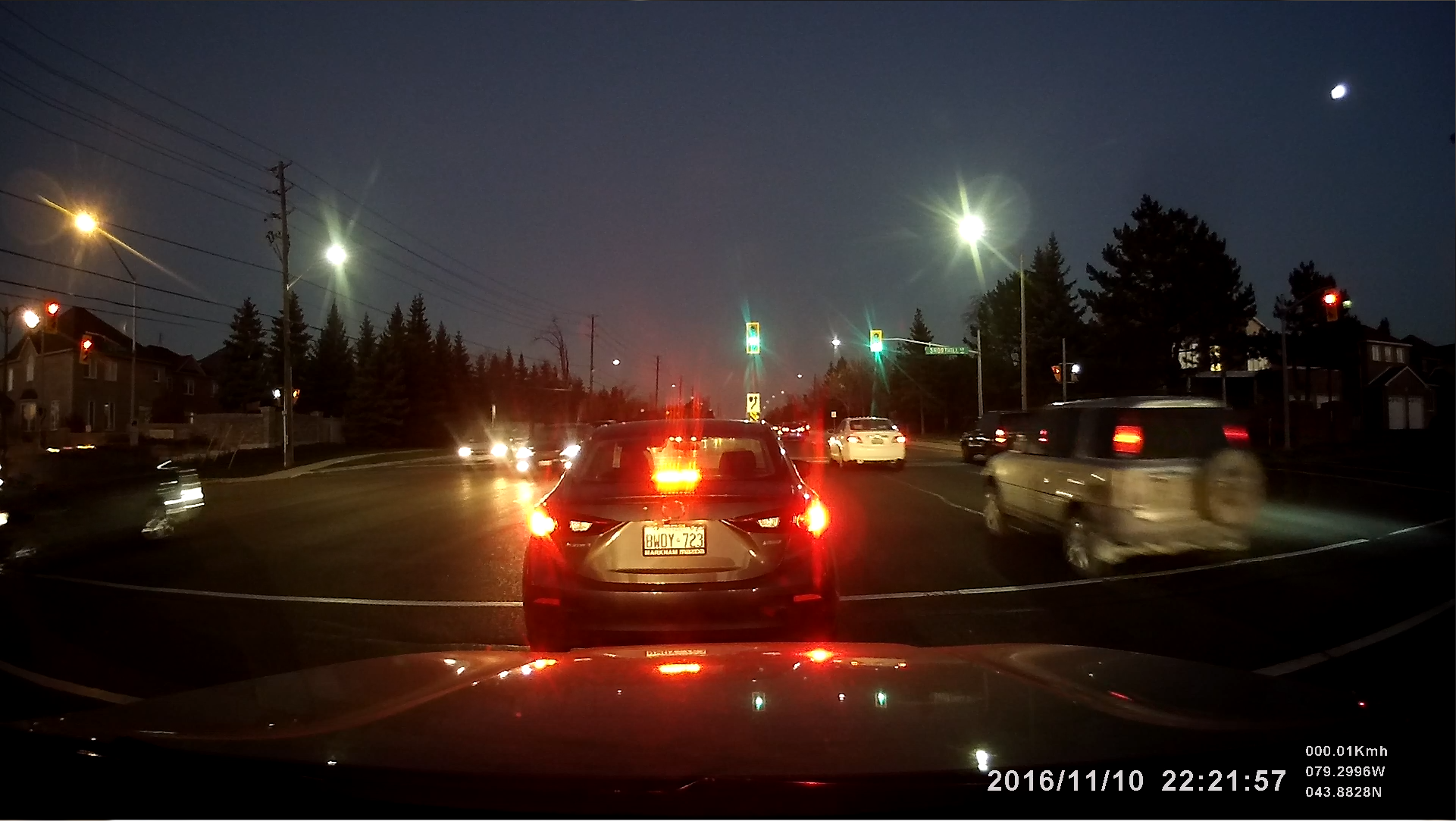 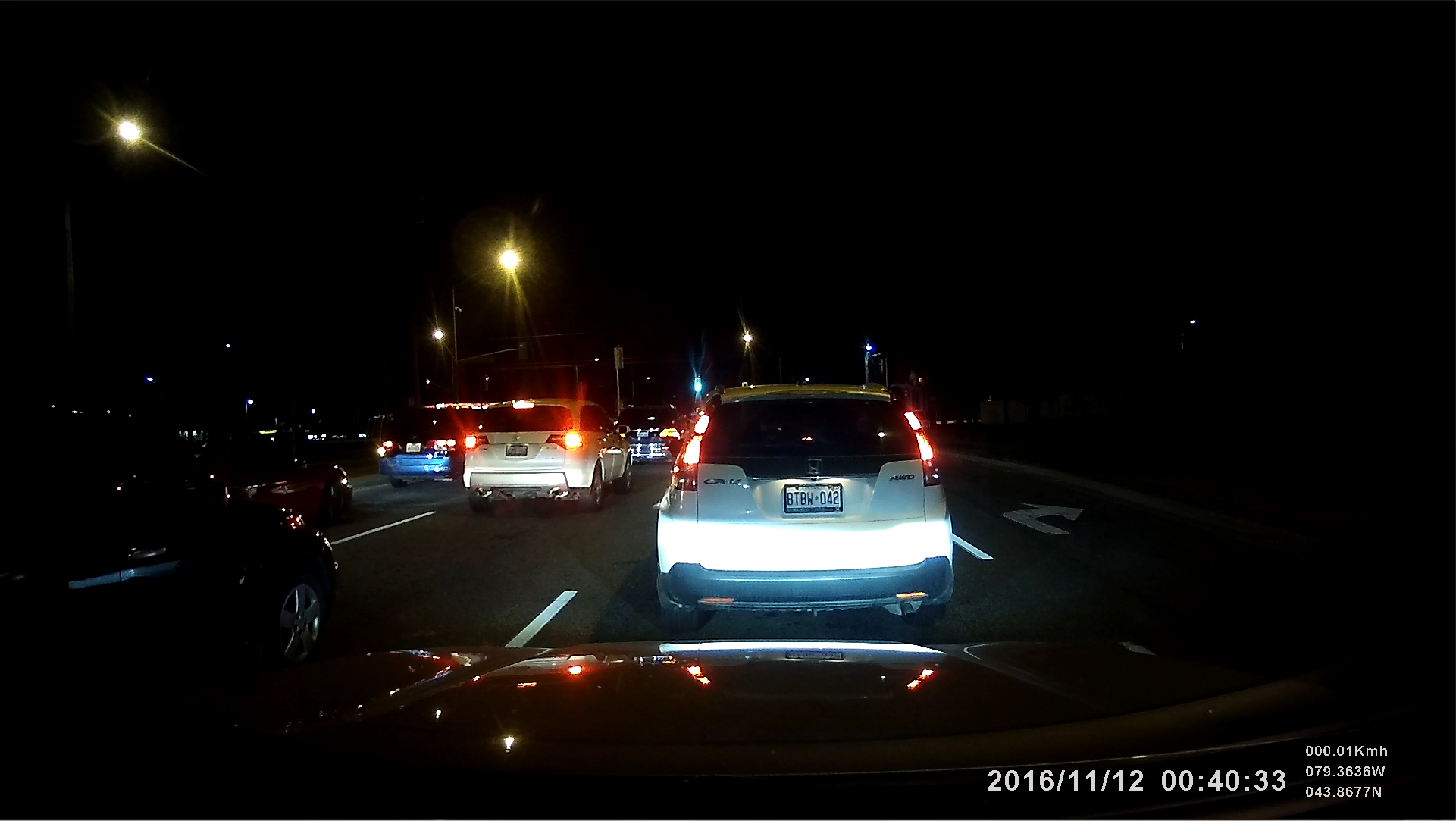 The box of the updated Mini 0807 is different from the one I had previously reviewed. Additionally, there is a slip of paper that explains “Smart Over Temperature Protection” which did not come with the original Mini 0807. The accessories included in the box are the same for both units.

I suggest that https://dashcamtalk.com/forum/forums/dash-cam-reviews.186/ would be a better home for this review.

Have seen few reviews about that camera all of them explaining how great that camera is. Even on that page , I drop on it before buying ,the shots and video show clear picture, nice video quality..
For me either the sellers in ebay sell some other refurbished or rebranded looking as that one devices, or to the man posting that review has been personally delivered some unit with 130% quality and precision which is not common for the rest.
I order mine some months ago before the summer. Right from the box it was out of focus among the whole scene, low bitrate even on "super fine quality " so the picture was "fuzzy" in low light, and still bad in good light. Quite dark video in case side areas are dark..
Open the camera and fix the focus. So far so good, but in some weeks after that, "slot B" start to play "dirty". Sometimes just as camera work the "cross/no card present" symbol come on the screen and no clip was recorded. Well, sh*t happen, it`s a production line so can be error sometimes. I move the card to slot A and all come smooth again. Jeey , I`m back in business!
Then just one summer day the camera move to the state: blue led ON and no reaction. No video, no record, no menu! For your information, inside the car was +37°C, the camera was off the windshield and left in dark area for the time car stay on the parking. Not under direct sunlight! After I start the car and put it on place happen what I described.
After investigating the chances, found the problem was bad solder points of the memory that I presume actually carry the firmware(picture attached).

After fixing it with PCB fully controlled heat gun it start working again and some time later start erratic self restart as it work. Some clips just went few seconds instead 3min. I start blaming the SD card, but try the camera without card and .. same result.
By replacing two tantalum capacitors and again reheating slowly the memory camera start working again. Who knows until when.

Mate bought similar (look at mine and wish to have one) and right from the box when it arrived - was out of focus. Here is how it was before:

and how after focus set:

Based on the round label with day stamp, it was almost 8-9 months later produced.. Well, so far seems the "problems" was cleared..

As perhaps you see, that "second" one have some lens distortion. Here is similar shots from mine(left) and his (right):

Do you see the right area of the right picture? That is some lens problem. Before it was on bottom, after focus adjust it went in right and become less disturbing but still present.
Also thanks to the few board members who adjust the firmware, after their mod camera have better bitrate and the record is clean and smooth compare to the original one.
Still for me, is little away from what I see here in that review, but much better than what come "by default".

Mine and that friend`s one get the GPS signal quite slow if start driving right away after device is ON. If wait standing still for about 2 minutes we get "happy" much faster.
Also both show low speed on the screen compared to the real one. Or let me put it in that way - have GPS application started on my phone using for sure the same satellite signal as that camera chip and it show 5-6km/h more than the camera. Car speedo - GPS app, almost same speed (+/-1km) and 5-6 less for the camera data.
In flip mode(what I use) the Time/Date/GPS stamp come in the top corner (seen in the picture) and then on bright background what you can see? Well, check the pictures and guess what...
Why not used orange or yellow color for the text.. who knows. Even same as mini 0806 white with black contour will do the job. Maybe in some point will be modified the firmware but I doubt it.

Overall, for me it has nice idea behind, nice to have GPS data on the screen, fast chip and small form factor but honestly speaking Xiaomi 70m what I bought month before that one, right from the box was on focus, still work without any issue and despite is with battery and stay glued on the trunk window in the sunny hot summer days it didn`t loose "chip grip". Also cost half of the price of that one.
What trying to say is not to recon Xiaomi, but if that product cost two times more, then should be two times better quality in any way. Isn`t it?
Last edited: Aug 11, 2018
You must log in or register to reply here.
Share:
Facebook Reddit Pinterest Tumblr WhatsApp Email Share Link
Top