Do you know something about this "new" model? Can it be really better than a GS1000 with orange menu?!

The V660 is dash cam released in mid 2012. It is actually supposed to be the replacement / upgrade of the DOD GS600. It goes under many names:

GS700 from Betterking on Aliexpress

Here are some pictures of the camera: 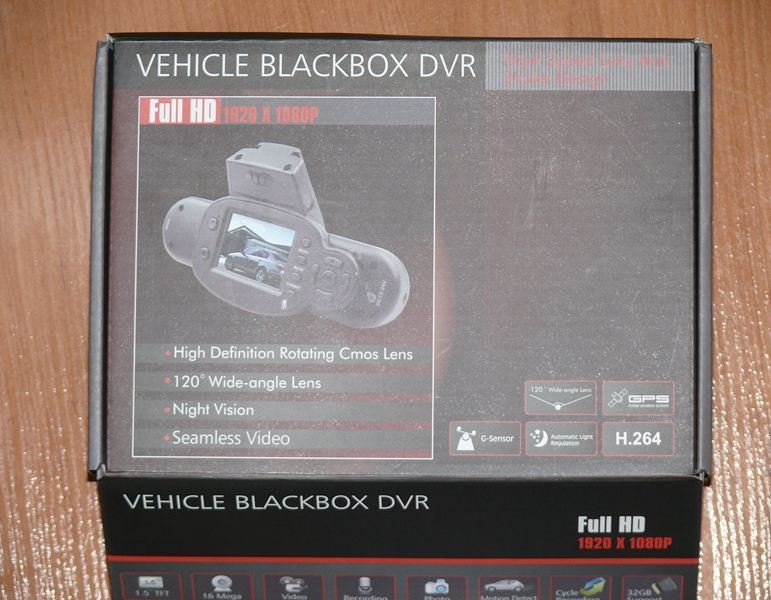 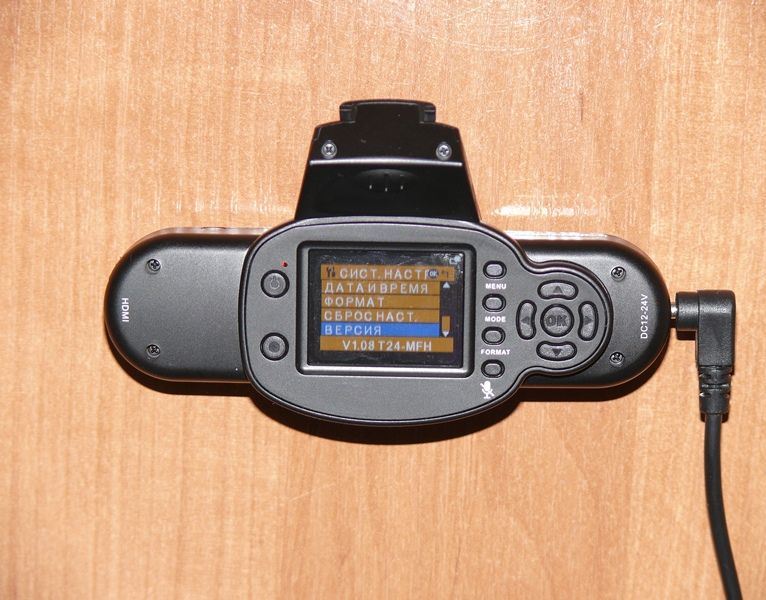 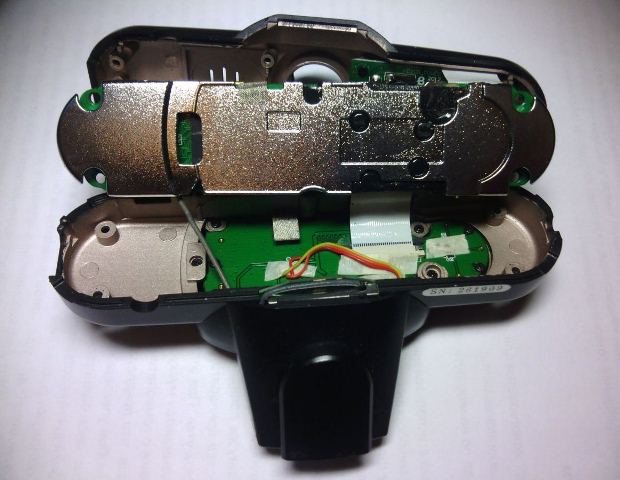 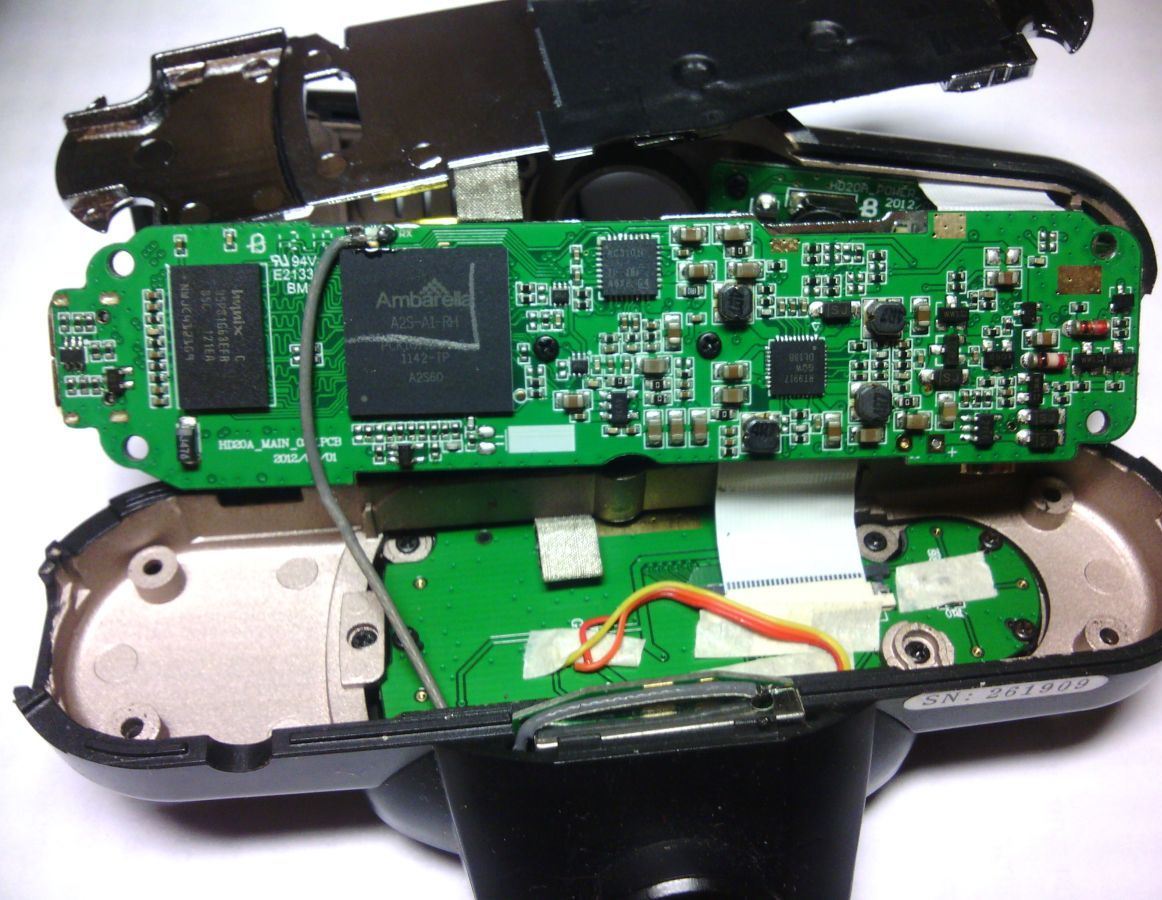 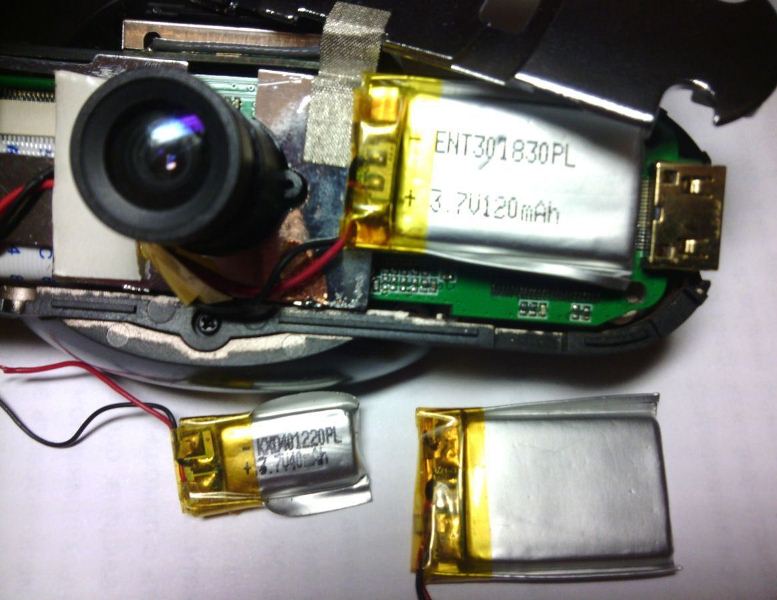 Day Video Comparison - 1st video is the V2000GS, 2nd video is the GS1000 Orange Menu. Quality is not dramatically different.

The main problem experienced by owners is the poor battery included with this camera. The battery is very similar to the one that comes with the DOD GS600 which experienced many problems. Some users have complained about the battery being dead on arrival. With a dead battery, the camera does not save the last video file when power is disconnected. Not very helpful if you get into an accident.

Another complaint is that when the SD Card is filled, the camera rewrites the last file instead of erasing the oldest (may be an isolated event).

Some users complain about the camera hanging or freezing. Need to hit the reset button to get it working again (only a few reports of this).

Overall, if you are willing to change the battery on this camera (unsolder old battery and solder new battery), this can be a usable camera.

On the positive side, people love the adhesive mount on this camera and the GPS has been pretty good.

One other thing. Most vendors provide a short power adapter for this dash cam (<1.5M). However Shenzen CG Electronics apparently provides a longer one (3M to 4M).

Compared to the GS1000 Orange Menu, the V2000GS is more expensive and has the battery issue. It does have slightly better night quality though. Due to these reasons, most people have stuck with the GS1000.

DashCamMan, thank you for the detailed answer! I think I stay also at GS1000 orange menu...

Recently I've bought v2000gs and I had the same problem with battery .i tried to makes apart but I couldn't ,i screwed out 6 bolts but couldn't detach them. Could you explain how you've done it?

eman81 said:
Recently I've bought v2000gs and I had the same problem with battery .i tried to makes apart but I couldn't ,i screwed out 6 bolts but couldn't detach them. Could you explain how you've done it?
Click to expand...

These pictures are from a Russian owner. Based on other cameras, I would think after the screws are removed, you need to gently pry open the case using a small flat head screwdriver. Usually the cameras come apart quite easily.

Does anyone know what size battery that can fit into this model to upgrade from the OEM one?
The one in the picture is a 3.7v 180 mAh. but I don't know the physical size to look for. Knowing
this I can pre-order the battery to have it here when the camera arrives.

I will be getting this camera shortly after the fake GS5000 I received.

The battery in the picture comes from DX. It is no longer available. I know another owner used the following battery from eBay. It is no longer for sale, but the size is 21mm(L)*12mm(W)*4.0mm(H)

Note the original battery is only 40mAh as seen in the picture and is much smaller.

Here are some options:

The first one will fit but I'm not sure of the other ones.

I just purchased this camera and received it with a dead battery on arrival. Now I know that's a huge downfall but I must say, other than the dead battery, this is actually a pretty decent camera. I've had it for 3 weeks and it's been reliable so far. The picture quality, in my opinion, is excellent (although I haven't really had anything to compare it to). Night quality is also very good. If they can make this camera with a battery bigger than 40mah, it would be tough to beat at $120.

Does anyone know wow to take this apart? I see the pictures on this discussion but there's got to be more to it than just removing the 6 screws. I've done that and cannot get it apart. I tried to pry it open but it's not opening.

I believe you need to carefully pry it open with a small flat head screwdriver.
R

rose1 said:
Does anyone know wow to take this apart? I see the pictures on this discussion but there's got to be more to it than just removing the 6 screws. I've done that and cannot get it apart. I tried to pry it open but it's not opening.
Click to expand...

I'm in the same boat. It's much harder to open up than the GS600.
Please post here if you figure out how to do it.
R

I finally figured out how to open this. There are 2 extra screws that are hidden behind lens bezel. Just twist the lens bezel off and you'll see the 2 very well hidden screws. The lens bezel seems to be held to the camera with glue. But it does come off easily
R

I got it from a russian site but I had to go through hoops to actually download it. I had to register and re-register. I'll upload it here. Click below:

If you find out how to upgrade it, please post the instructions
Last edited by a moderator: Sep 17, 2013
R

Now all we have to worry about is the crappy battery included. I upgraded one of mine to a 120mah battery which last about 2 minutes. Which is more than enough time for me. The 40mah battery lasts 30 seconds.

The only reason I'm putting up with this recorder is because it's one of the only ones that actually shows MPH as opposed to just Km/H
You must log in or register to reply here.
Share:
Facebook Reddit Pinterest Tumblr WhatsApp Email Link
Top