What's the the Differences between International Version & Chinese Version ?

YI technology has released two version of YI action camera 2. International version and Chinese version(CN version), CN version can’t be fully used outside China mainland. Why not? Let me show you the details.

CN version of YI action camera II is with Chinese APP. By contrast, International version is English APP, which is more suitable for outside mainland China market. The most importance thing is the users from outside mainland China buy CN version and the language can ‘t be switched to English. What is the worst, it can’t connect to YI action camera APP and some functions can’t be used, even you can’t update APP or firmware.

Another difference is language display on the screen. International version is English and CN version is Chinese. If you accidentally buy a CN version YI action camera, you may not know how to operate it because of language difference. What a mess!

Different label on the package

More over, YI doesn’t provide official after-sale services for CN version from outside mainland China, if there is something wrong with your CN version YI action camera, there is no YI official customer service.

Amongst the low-budget action camera, XIAOYI action camera is set to be the cream of the crop thanks to its compelling specifications and competitive value for money. Continuing on the intriguing adventure, YI 4K Action Camera has been officially unveiled with upgrades in 4K video decoding availability, revolutionary chipset, 1,400mAh battery as well as 2.19 inch display.

Starting with the most basic information, it has been confirmed that YI 4K Action camera carries the leading edge Ambarella A9 which avails 4K Ultra HD video recording at 30fps, apart from the accessibility to high frame rate video for capturing fast action sports with 1080p video at 120fps or 720p video at 240fps. This seemingly fails few fans since the previous model equips IMX 206 sensor at 16MP resolution though, the 4K video recording hits the track, seeing that the previous sensor was restricted to 1080p. Next up is the 1,400mAh battery. The XIAOMI Yi 4K action camera is loaded with a 1,400mAh battery, compared to the GoPro HERO4`s 1160mAh, placing it comfortably in the ascendant.

Moreover, the 2.19-inch LCD display on the back is necessarily icing on the cake. Credit to the Corning Gorilla Glass protection, it is reported to be running on a resolution of 640*360 along with 330ppi pixel density and 160 degrees viewing angle.

Sounds familiar? It is just because these specifications match those of the GoPro’s Hero 4 Black Edition. The comparison chart underneath testifies to all.
Last edited: May 25, 2016
OP
L 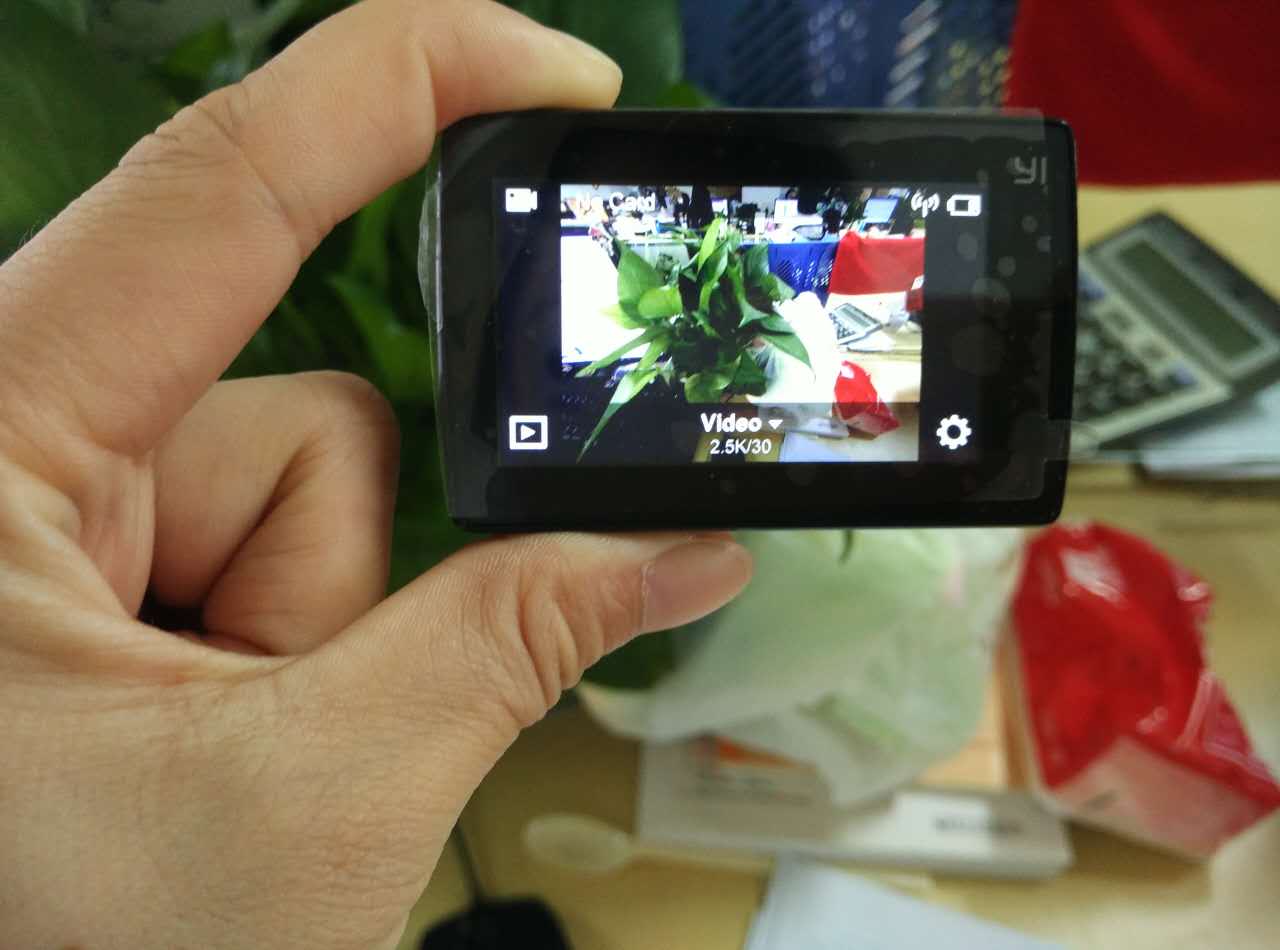 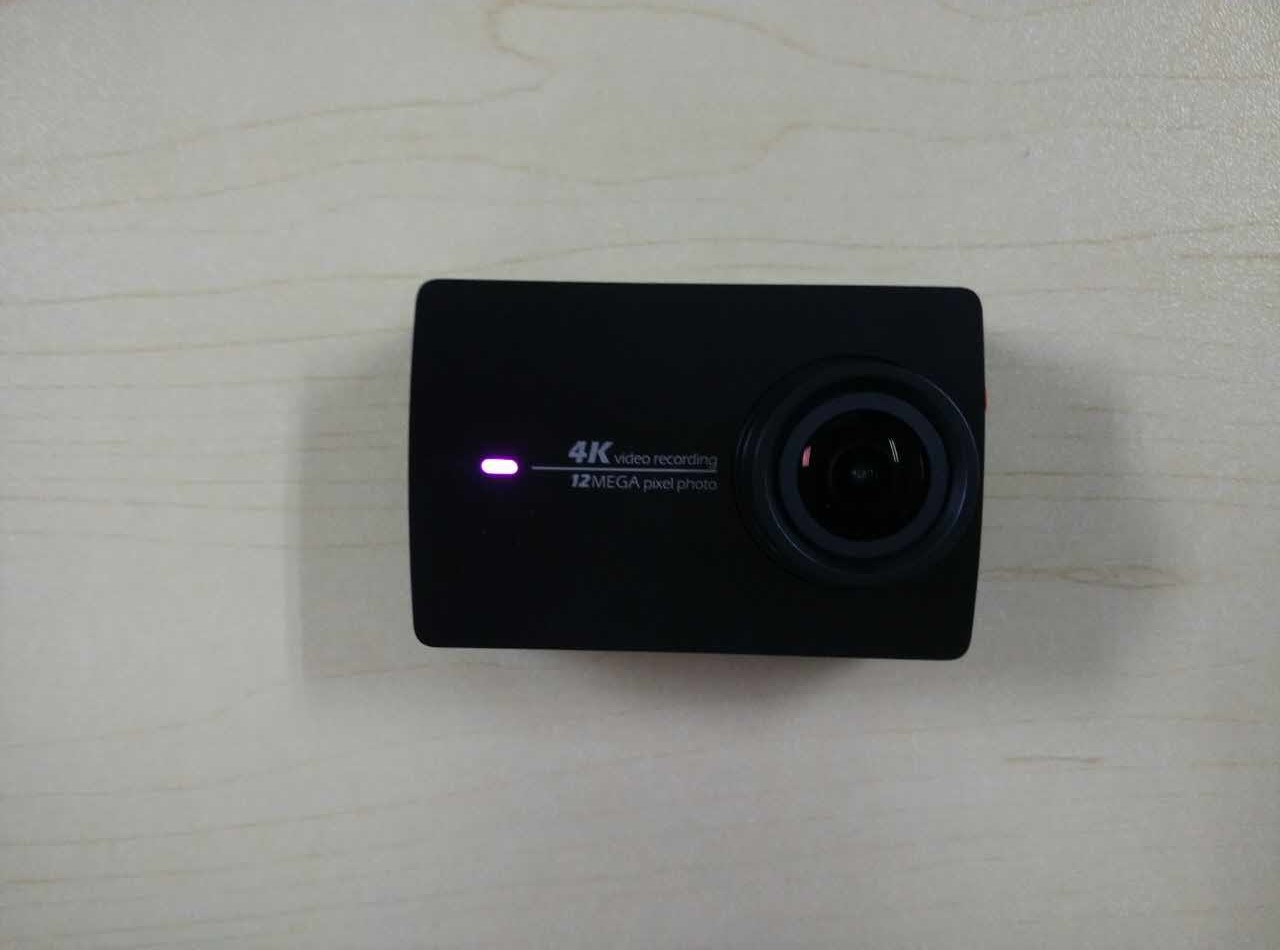 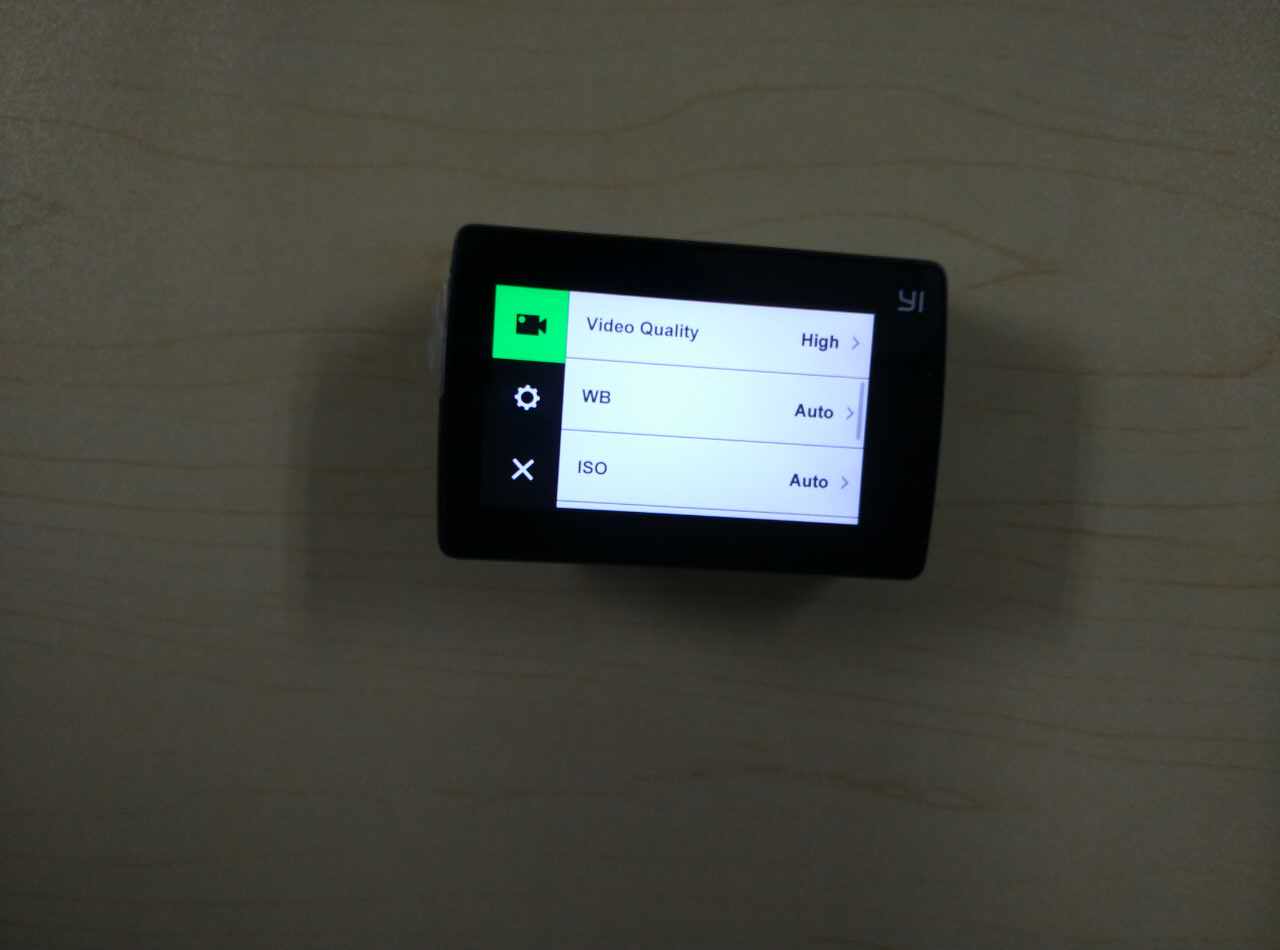 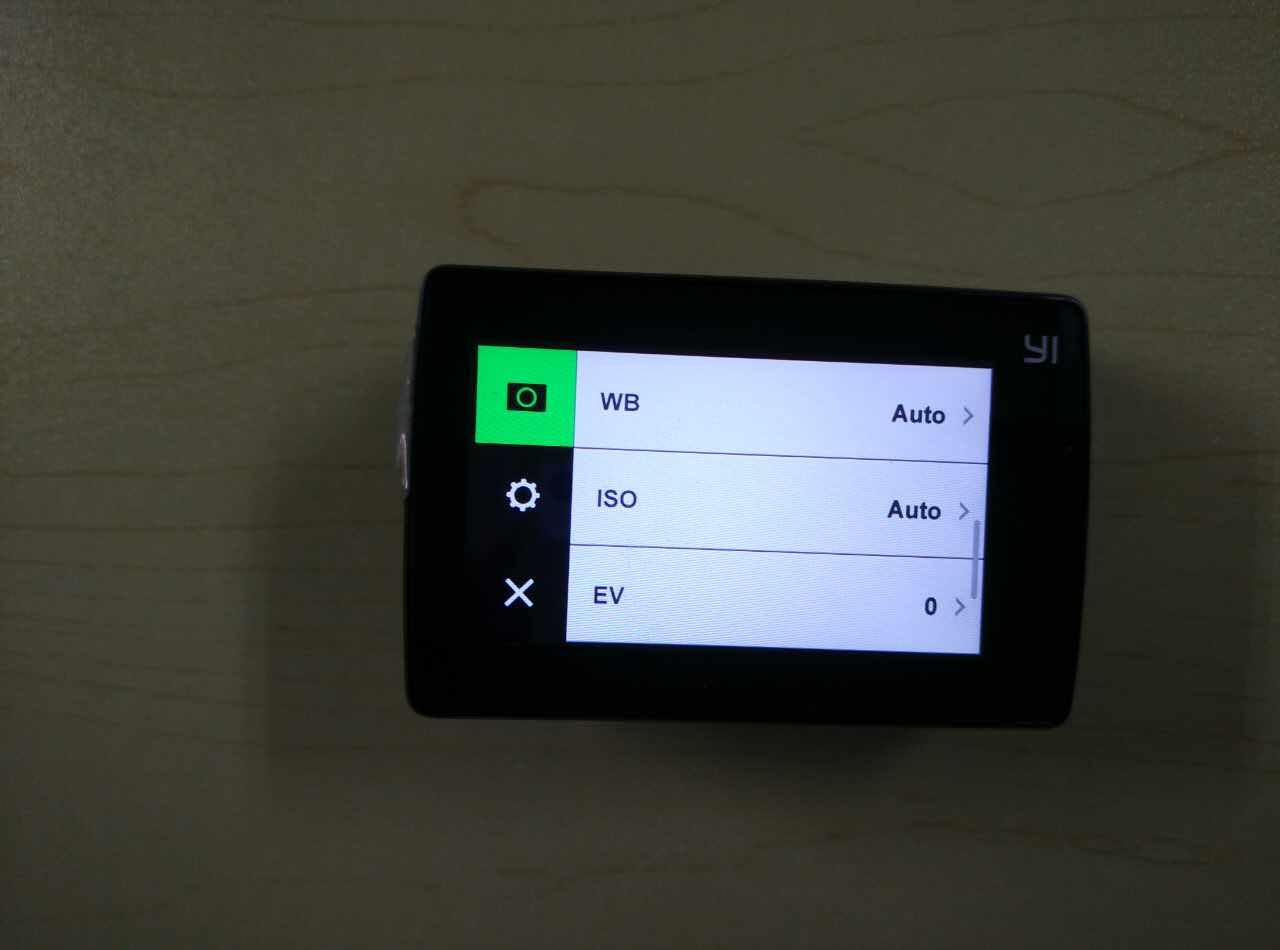 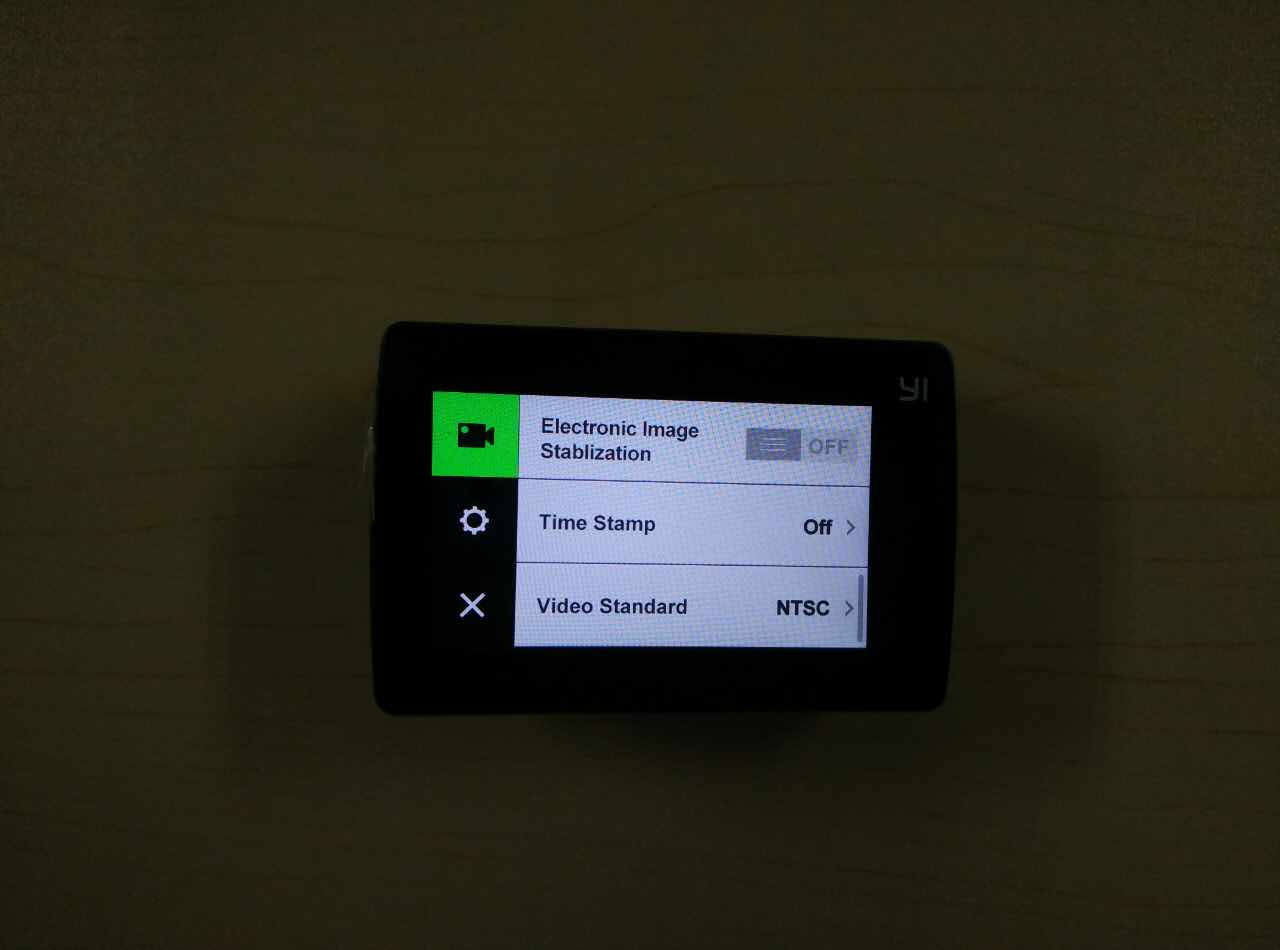 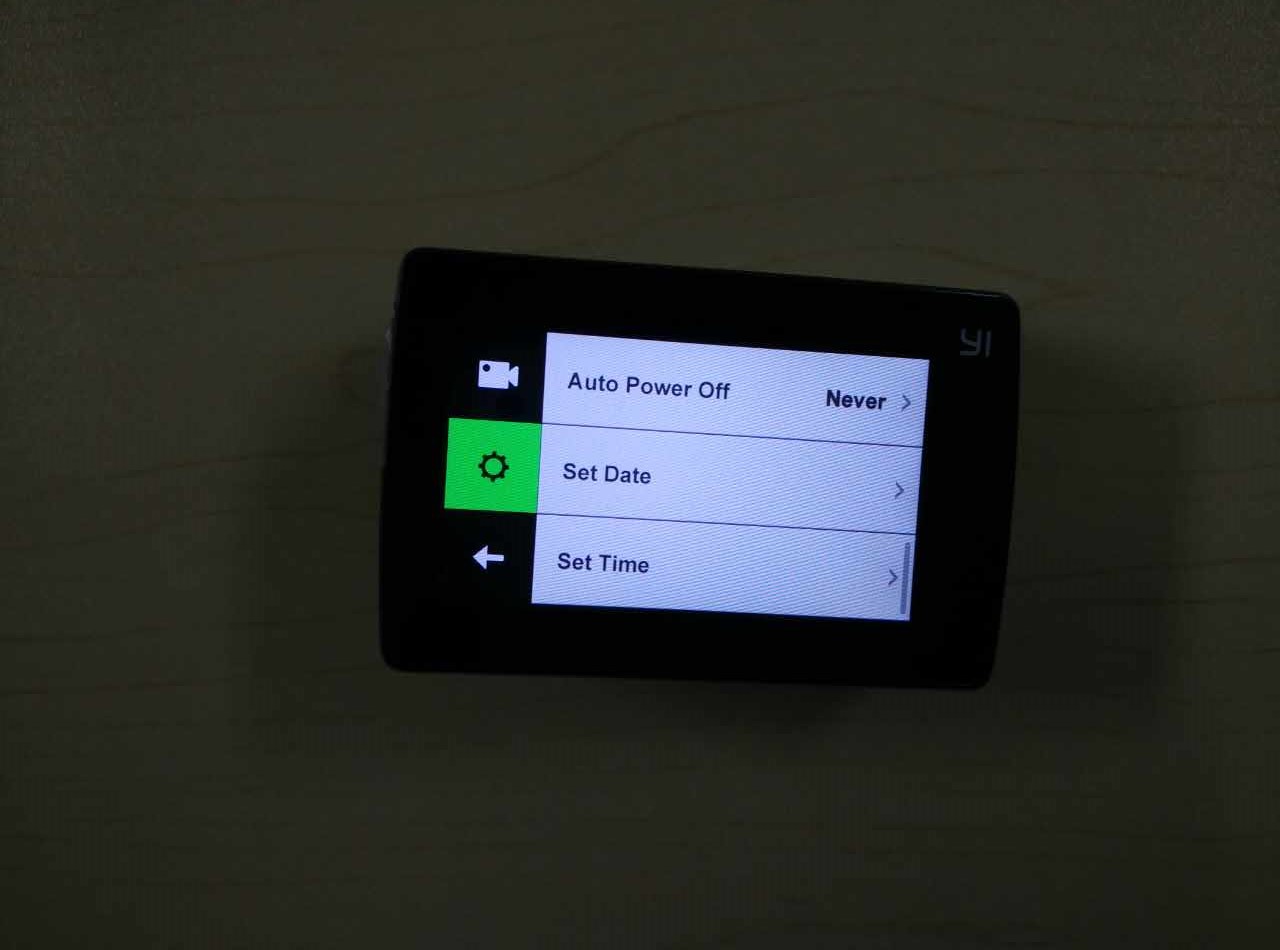 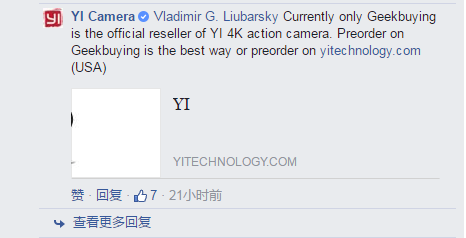 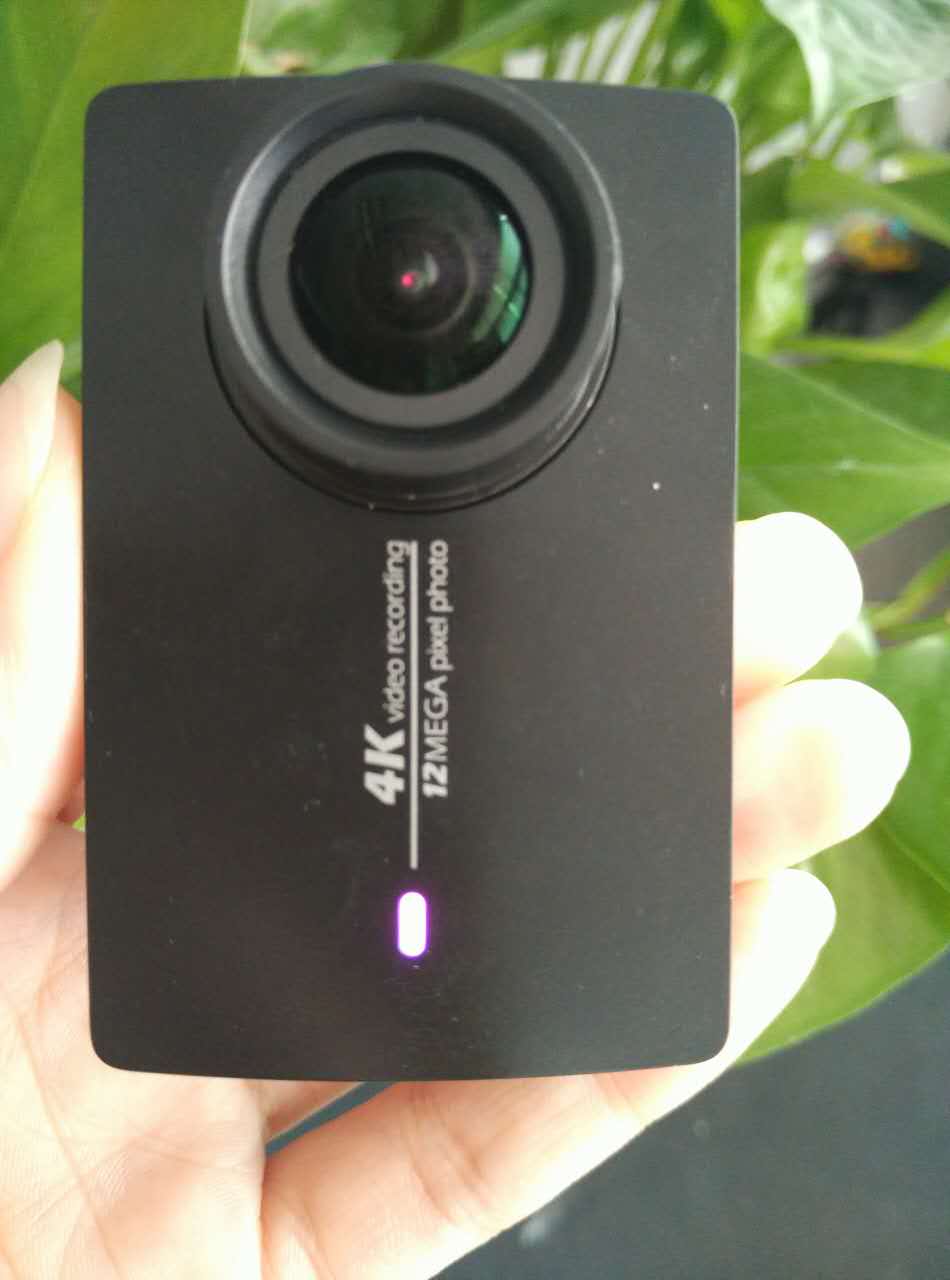 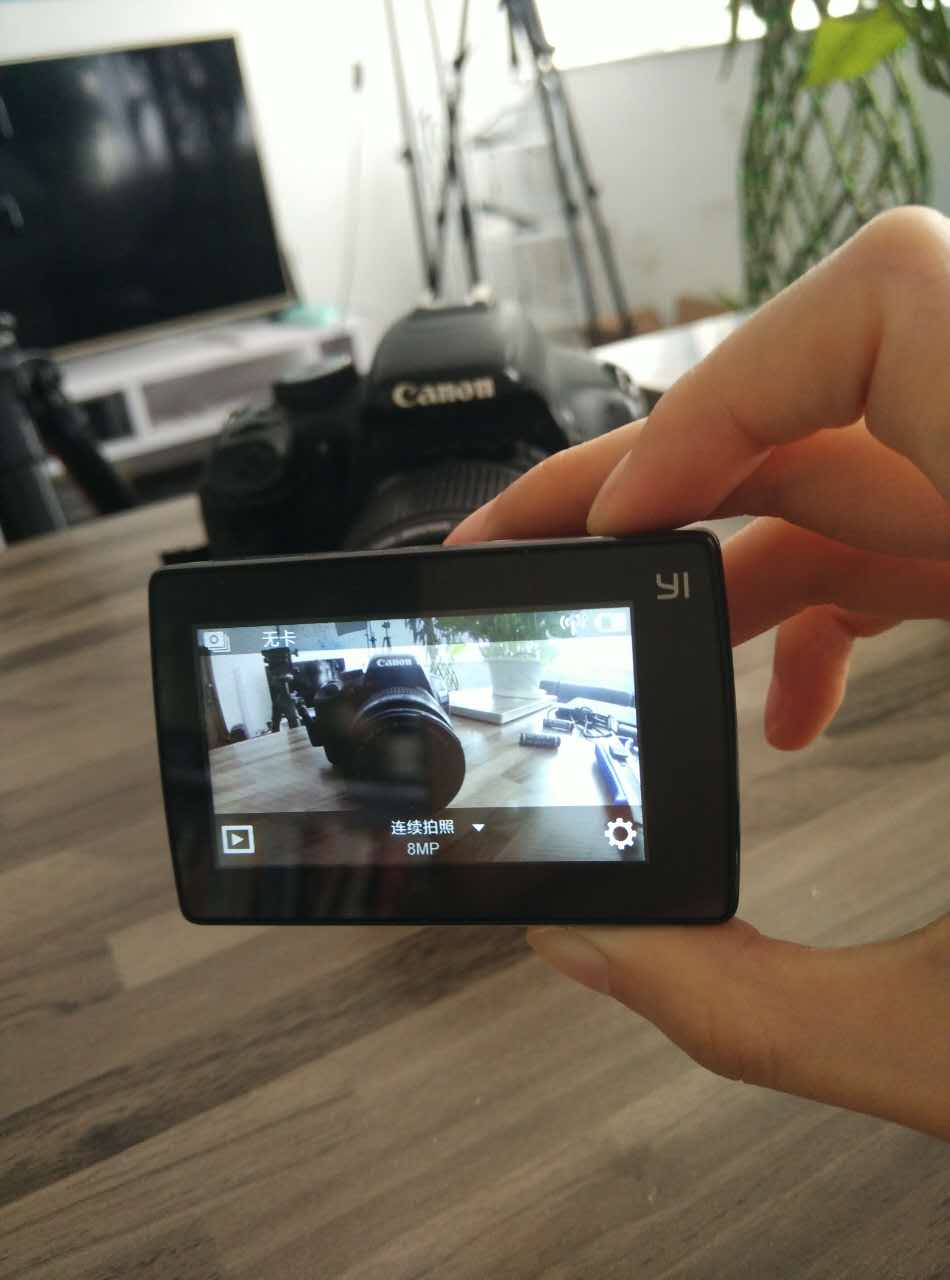 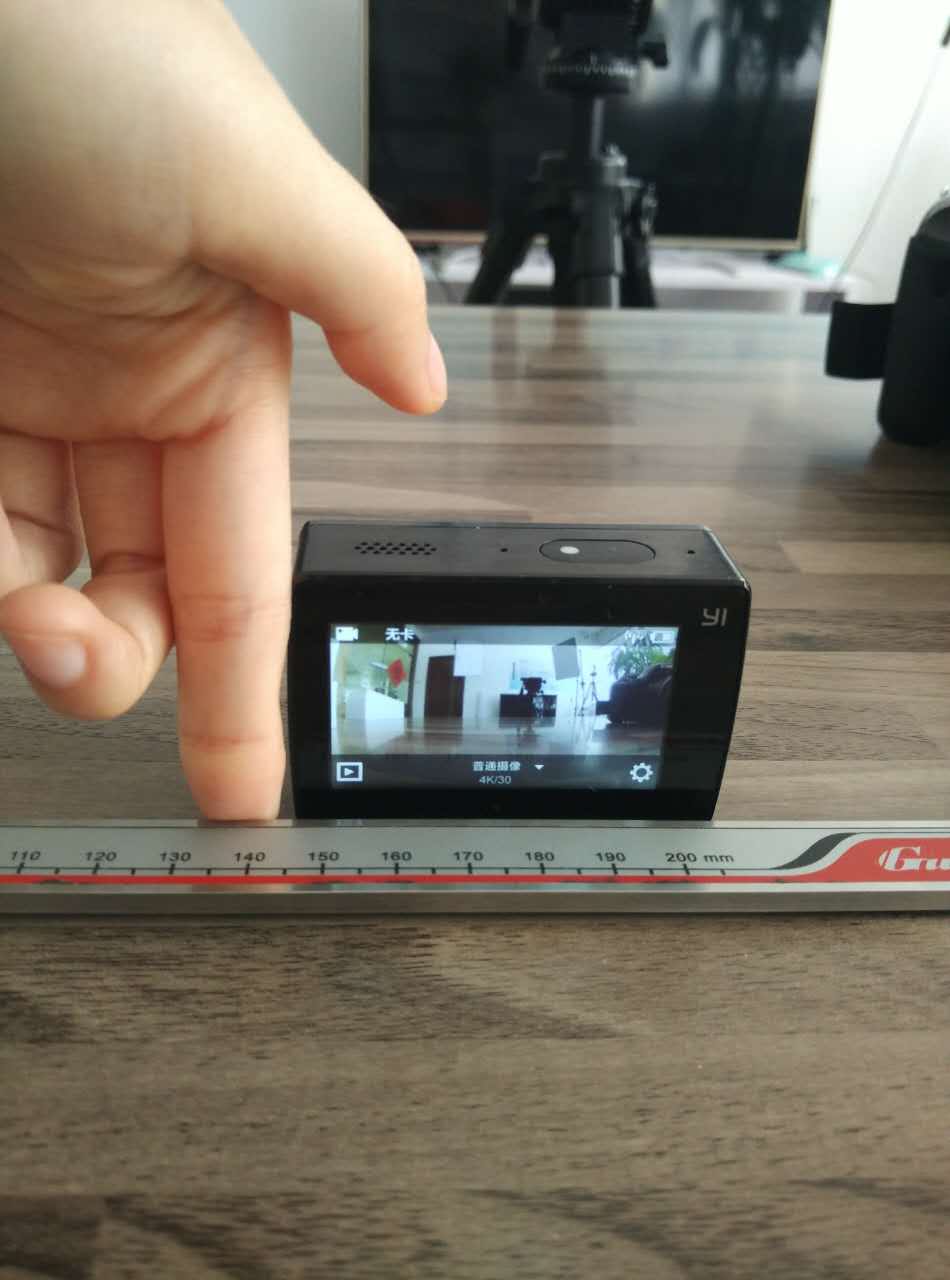 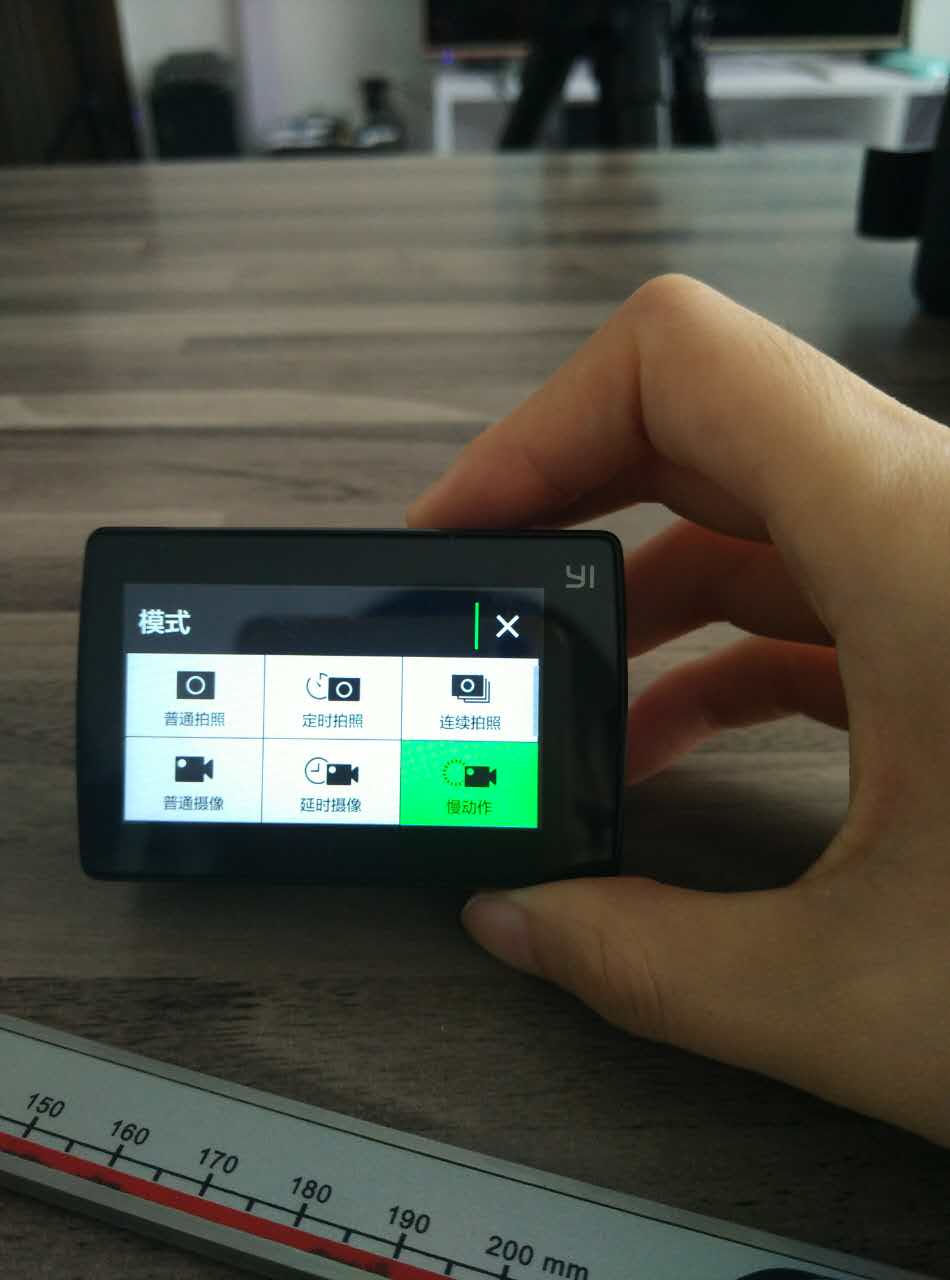 Definitely not for the market that jumped the Xiaomi wagon for first Yi
If some one can spend 299 usd for a sports cam , he probable own a gopro already. My opinion.

The cam is great, but im not shure about how it will play out.

I think its not suppose to replace first Yi. Its rather expansion in the higher rank cam market.
Dunno why i was expecting something else.
Last edited: May 7, 2016

going by their advertising it looks like they're trying to pitch it as better than GoPro but cheaper, will the same sort of comparisons be valid when the Hero 5 comes out though, hard to say

I found an unofficial fanpage on FB
https://www.facebook.com/xiaomiYI4K/

@lolsunny , why used XiaoMi name in topic title but in the thread you are using the correct name as Yi and even maybe XiaoYi? Yi cameras are not made by XiaoMi but by Yi technology.

@Marcofan76 I hope you will use in your reviews the Yi name and not XiaoMi.

Mtz said:
@lolsunny , why used XiaoMi name in topic title but in the thread you are using the correct name as Yi and even maybe XiaoYi? Yi cameras are not made by XiaoMi but by Yi technology.

@Marcofan76 I hope you will use in your reviews the Yi name and not XiaoMi.

If you are going to use the name of another company for marketing your action camera, why not call it a GoPro Yi 2

GoPro already have some problems, if Yi will start using their name that will destroy forever GoPro, so I think is better to use XiaoMi.

Now seriously, this is the first time in my life when I see people crating a fake named camera, not the manufacturer.
Of course this was started by sellers like GearBest and Banggood even the idea was given unofficially by XiaoYi which was some "eco-company" connected to XiaoMi. The XiaoYi company never wrote on their products or advertising on their site that are made by XiaoMi.

If Skoda is connected to VW, why are they using Skoda name and not VW? Skoda can have better sales if are named VW, or even Audi.

Amazing!! From the speicifiation now,I think I will more intersted to buy a Xiao yi action cam 2 than Gopro hero 4.

This is the official FB page of YI technology https://www.facebook.com/YiCameraOfficial/posts/581896481983532
there's a guess game, if the specification is right, i'll win

There is another Chinese manufacture announced almost similar spec camera last year, A9SE+IMX377, touch screen, dual MIC, etc.
So I thought the big difference will be the price.

Seems also not released yet.

the market is big so I wouldn't worry too much about these, keep doing what you are doing to constantly develop and improve your products and it will win you more business and more brand loyalty which is better for the long term success

the market is big so I wouldn't worry too much about these, keep doing what you are doing to constantly develop and improve your products and it will win you more business and more brand loyalty which is better for the long term success
Click to expand...

yes, although it doesn't seemed to have been released