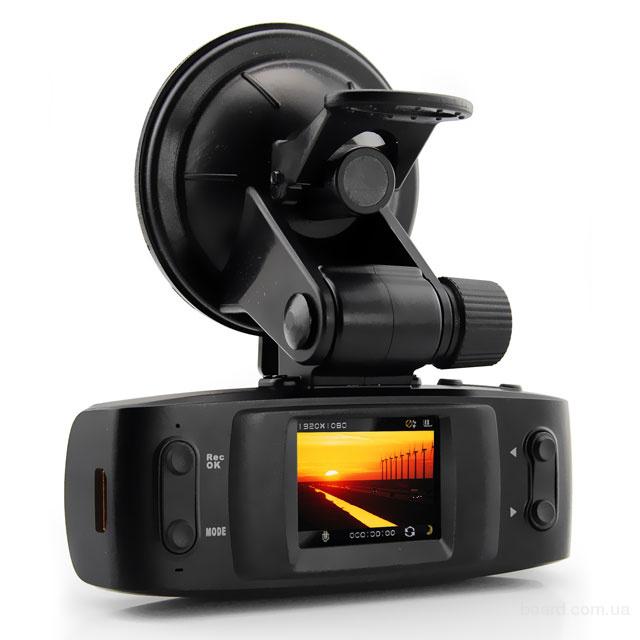 The GS1000 DVR is the OEM name of a very popular camera that can record 1080p at 30FPS.  This is an Ambarella A2S processor based dash cam (typically the A2S60 as per the picture below – click to view larger). 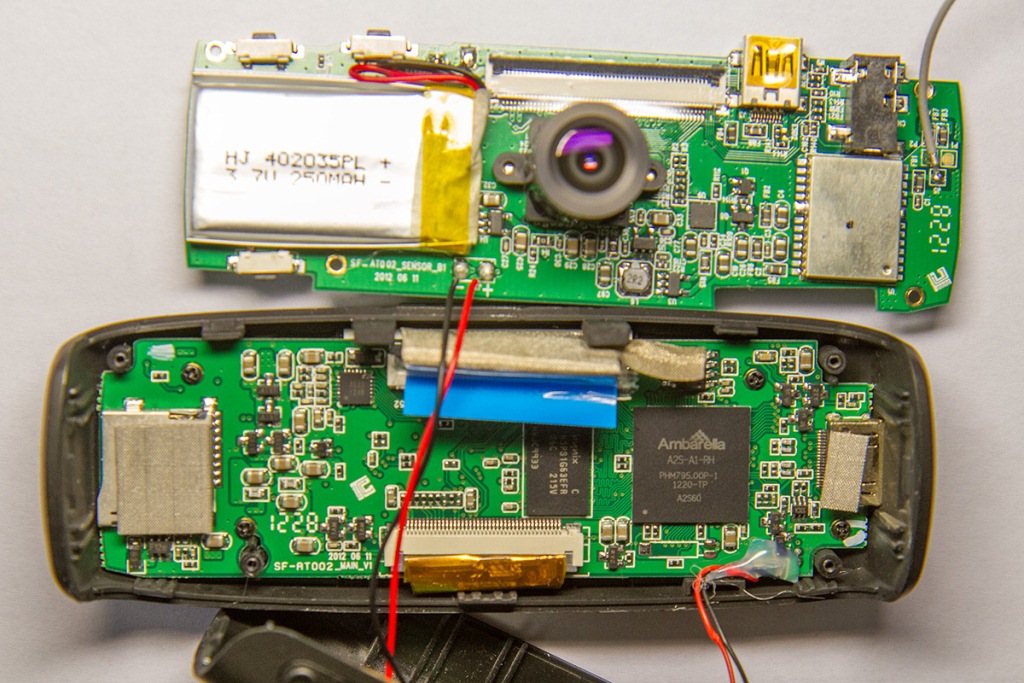 There are many versions / clones of this camera available with a variety of names.  Even though the outside case might look the same, the quality varies dramatically between different cameras.  This camera has become quite popular because it has a GPS and G-Shock sensor at a reasonable price.  It also is not too large.  The daytime video quality is good however the night time video quality is below average.  Depending on the camera, the bit rate will vary.

There are many of these GS1000 cameras available on eBay, Aliexpress and DealExtreme.  Some of these cameras are decent while others are not that great.  This page will help you identify the good cameras from the poor ones.

There are many branded GS1000 models.  As can be seen by the long list of models below, trying to differentiate the cameras is difficult.

The models above without GPS are considered fake GS1000 dash cams.  Avoid any GS1000 model that does not have GPS and a G-Sensor.

Which Model to Purchase?

The Blue Menu camera is an Ambarella A2S processor based camera and can be identified in a few ways.  It has a blue menu like this.

This camera typically comes with firmware v2.0.3G1KB.  Older versions were 2.0.2G1KB and 1.1.1G1KB.  Also in the video recording, the date and time appear on the top left corner while the speed is on the bottom right corner.

The quality of daytime video is good but night video is poor.

The new blue menu comes with firmware 2.0.4G1KB and has a more graphical menu. The cameras has a different sensor when compared with the old blue menu camera.  The firmware is not compatible between the versions.  Apparently this version is better than the old version but we are still collecting information on performance.

The New Orange Menu is an Ambarella A2S processor based camera as well and can be identified in a few ways.  It has an orange menu like this. 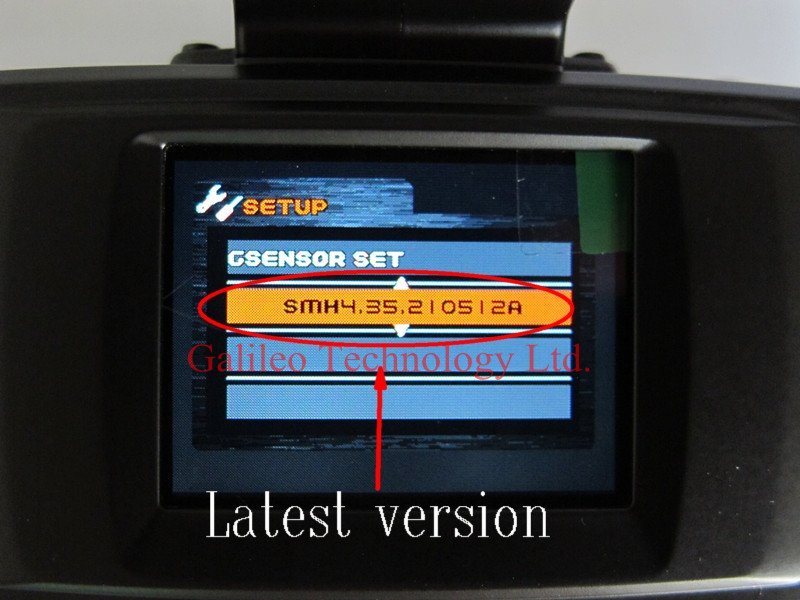 This camera typically comes with firmware v4.35.210512A or similar.  Also the date, time and speed appear on the bottom right corner of the video.

Comparison of Blue Menu (on left) vs Orange Menu (on right)

The following videos compare the night video of the Orange Menu camera with the F500L.  The Orange Menu Camera has the date, time and speed on the bottom right while the F500L has date and time on top left

Many fake GS1000’s are now being sold now based on the Novatek processor instead of the Ambarella processor.  Typically this camera does not come with GPS and has poor to average video quality.  The price is usually under $50.  Comes with firmware such as DVR-B709.20120626-A.  Sometimes this camera is called the VG12.  Here are some photos of this camera. 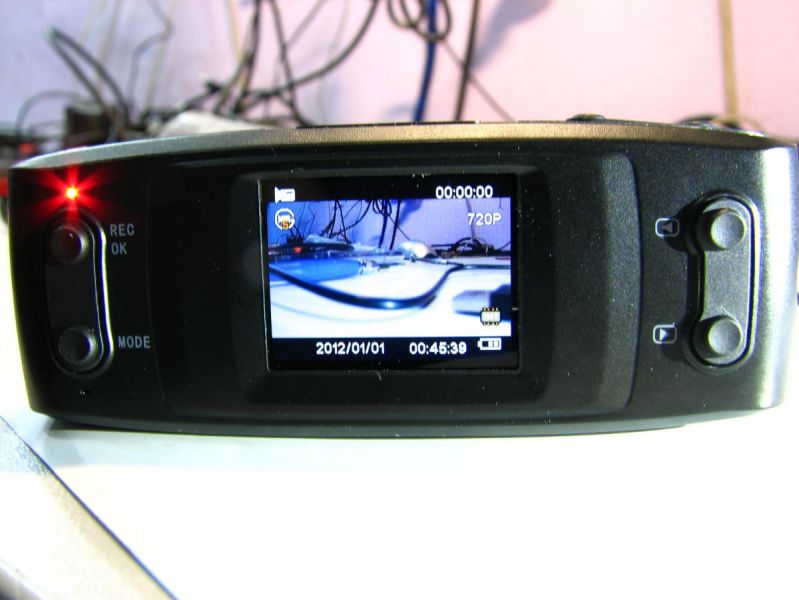 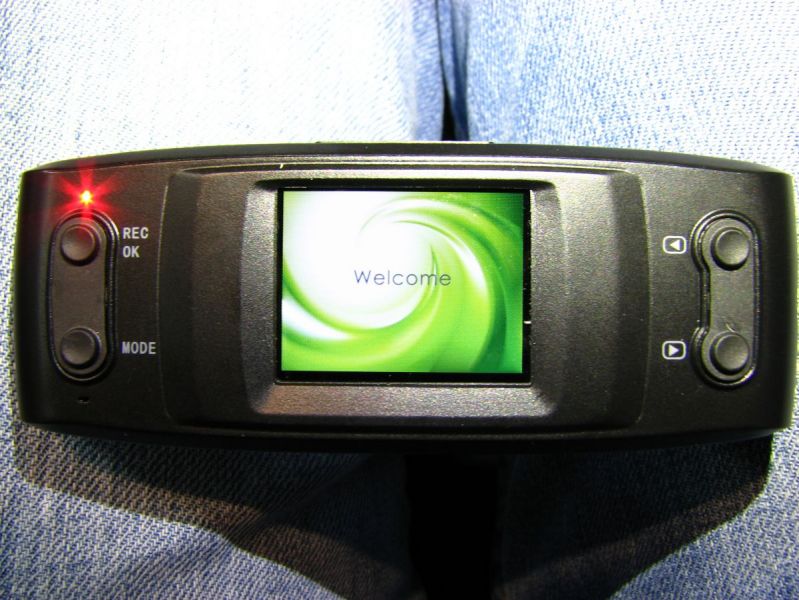 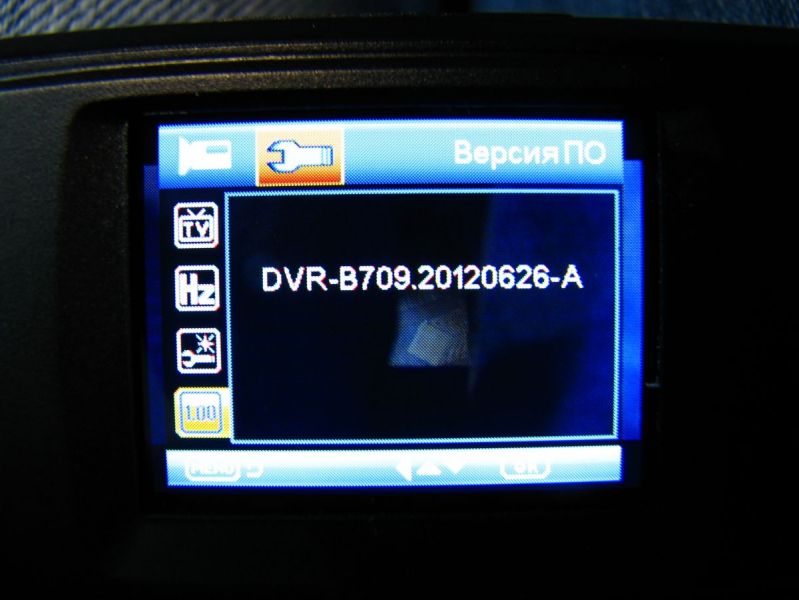 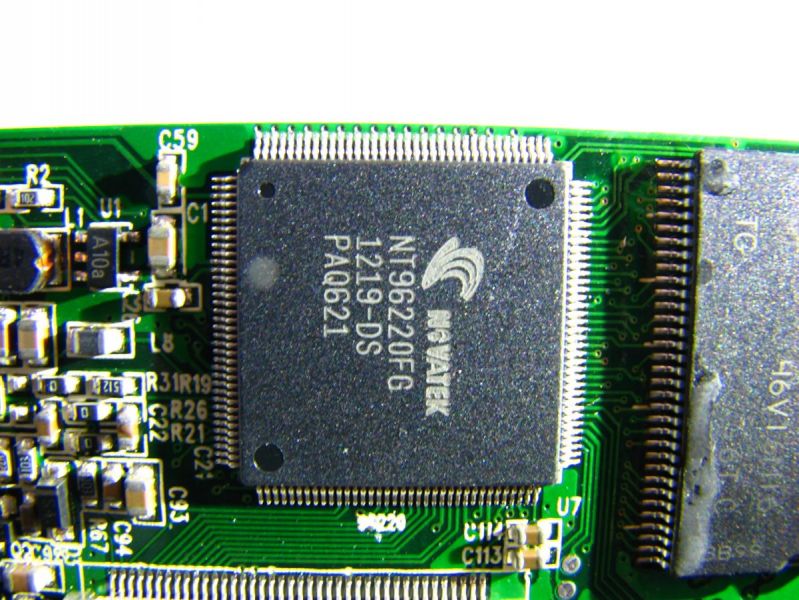 As more people become aware of the different versions of GS1000 models, some Chinese manufacturers have changed the color of the Blue Menu cameras to orange.  They then sell the camera as an orange menu camera to unsuspecting customers.  A number of our readers have noticed these new cameras.

One offending vendor is EBDeal.  They sell on Aliexpress and on eBay as 4coolday.  The following youtube video shows a camera that is similar to a  “blue menu” GS1000 (date and time in the top left and speed on the bottom left) but they call it an Orange Menu camera.  After further research, this camera appears to have a higher bit rate (15Mbps) than the “blue menu” cameras.

If you have accidentally bricked this fake GS1000 orange menu, there apparently is a way to unbrick it.  One of our members posted the procedure in our forum.

Since it is difficult to find the Old Orange Menu camera for sale any more, an alternative is to purchase the GS2000 with firmware versions SMH3.31.120112 or similar.  This is an nearly identical camera to the GS1000 old orange menu with a rectangular casing.  The camera comes in either white or black. 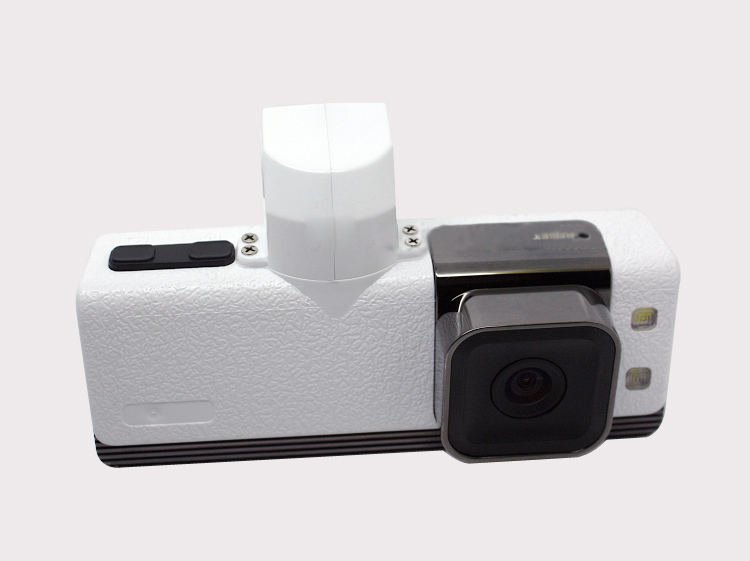 Recently the GS5000 camera has been released.  Unfortunately this is not an upgrade to the GS1000.  In fact it appears to be just a blue menu GS1000.  The color of the unit is usually red or black. 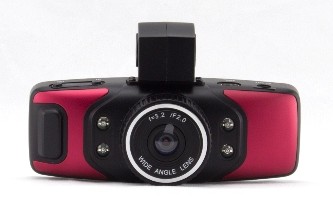 There is a Russian DVR called the DATAKAM G6.  This camera appears to be based on the GS1000 and has the same Ambarella A2S60 processor.  However, it appears to have some higher quality components and options. 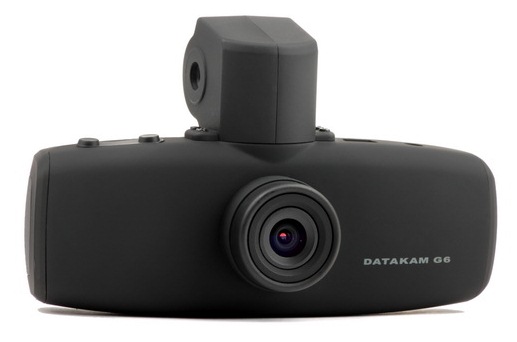 Unfortunately, this camera only appears to be available in Russia and the cost is quite high at over $200.  Given the interesting specs, hopefully this camera will be available from some of the reputable Aliexpress vendors at a reasonable price.

Here is a night video.  Unfortunately even with the better specs, many users complain that the night video is below average.  Note the yellow font, speed in the top left, date and time on the bottom left and GPS coordinates in the bottom right.

For some cameras when it heats up the picture quality deteriorates and becomes a little bit blurry.  This is due to the poor lens quality.  The only way to fix this is to replace the lens.  This is more common in the Blue Menu cameras.  This is often referred to as the “Blue Menu Lottery” since not all of the GS1000’s suffer this problem.

GPS does not pick up satellite

GPS is not accurate

Many users of the blue menu cameras complain of inaccurate GPS mapping from there cameras.  There is no known fix for this issue.

The speed setting in this camera is only in kilometers per hour.  There is no way of changing this to miles per hour at this time.  Perhaps a future firmware release will include this function.

If your camera does not auto start and enters into Mass Storage or PC Mode, this is likely due to the wrong cable being used.  To resolve, get some tape or paper and cover up the two connectors in the middle of the USB plug. That will prevent any data communication to the camera. The two outer ones are power.  See this video for more details:

When external power is connected to the dash cam while recording, the battery will be charged.

The battery is not removable from the camera.

When the display is off and with a fully charged battery approximately 20 to 40 minutes (note that this is optimistic for many users).

In some models, the camera is configured so save files in a separate folder when the G-sensor is triggered.  If you drive on bumpy roads, these files will accumulate and will gradually fill up the memory card. The files must be manually removed from that folder.

The PC Software for the GS5000 can be downloaded here.  Note that the software only works on PCs.  There is no Mac software available at this time.

An alternative GS5000 software can be downloaded here.

We do not recommend purchasing the old Blue Menu camera due to the lower video quality and more GPS problems that have been reported.  We are still collecting more information on the new Blue Menu camera.  The Orange Menu camera is better quality and worth more.  This used to be the best value for a compact GPS enabled camera.  However, the Mini-0801 is a better value now given its lower price and smaller form factor.

Where to purchase for lowest price

The best place to purchase these cameras is on AliExpress.  You can see whether it is a Blue Menu or Orange Menu camera as well as the firmware prior to purchasing.  Search for the GS1000 model, all the other models / brands are equivalent.  We recommend the Orange Menu cameras.

The camera is also available on Amazon.de

Do not try to flash dash cams with incompatible firmware.

Before updating your firmware, it is highly recommended to backup your existing firmware.  This can be easily done using the following method.

These firmware files are only compatible for cameras that have the Orange Menu and existing firmware of 4.35 or above.  IF THE CURRENT FIRMWARE IN YOUR DASH CAM DOES NOT START WITH 4.35 OR HIGHER, DO NOT UPGRADE YOUR FIRMWARE.

The latest firmware is versions are:

Note that the above firmware is for specific brands /models of this camera.  It may or may not work for other GS1000 models.

These firmware files are only compatible for cameras that have the Blue Menu and existing firmware ending with G1KB.  IF THE CURRENT FIRMWARE IN YOUR DASH CAM DOES NOT END IN  GIKB, DO NOT UPGRADE YOUR FIRMWARE.

An alternative way to update the GS1000 firmware is via USB.  You must connect the GS1000 dash cam to your computer via a USB cable and use the Direct USB Software to manage the firmware.  The Direct USB software is only applicable for dash cams that use the Ambarella A2 processor.  Firmware installed via usb will have a .elf extension. 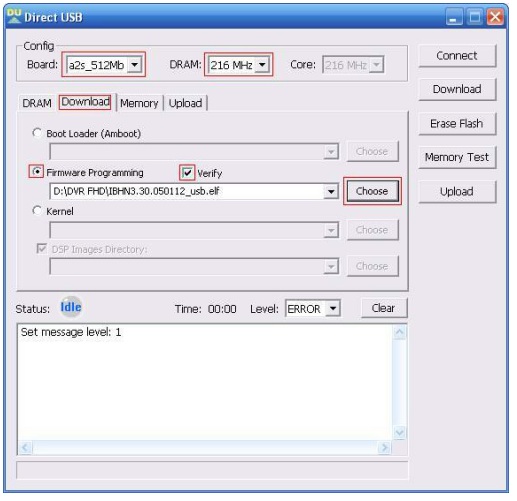 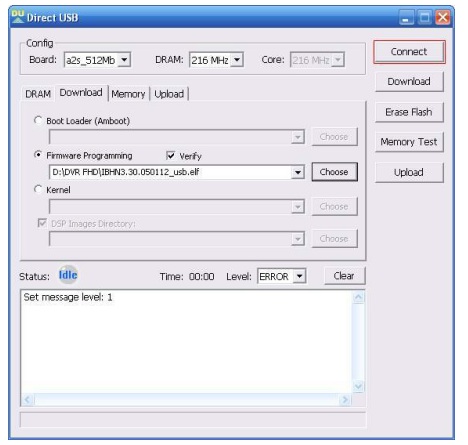 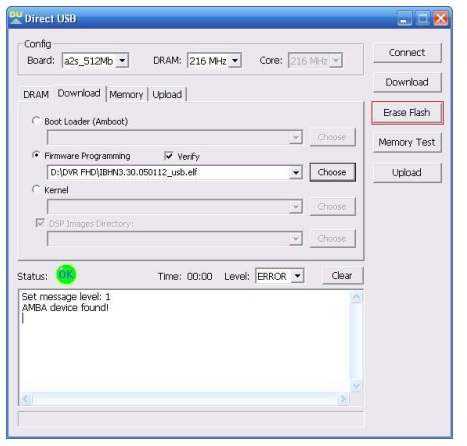 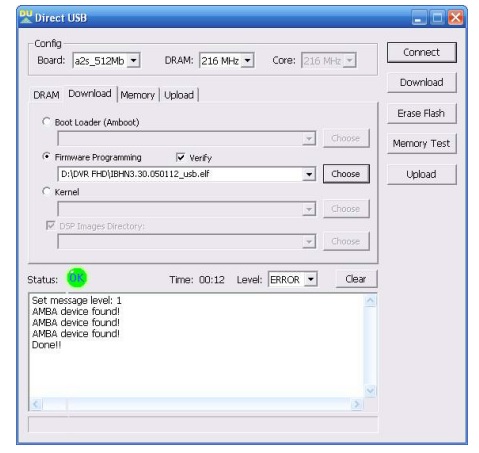 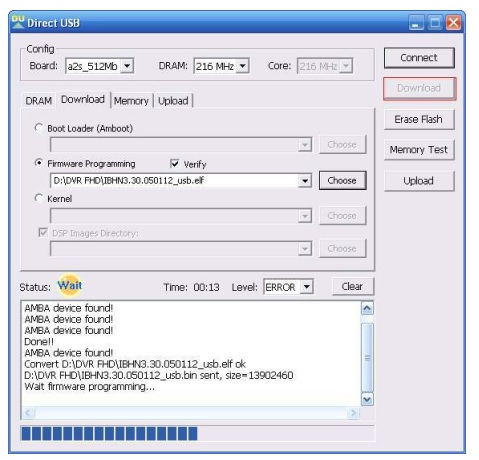 The full Direct USB user guide is included below that describes the firmware software in more detail.

The Direct USB Method above requires firmware with a .elf extension.  Below are some firmware files we have been able to locate: