From a video quality perspective, this version is quite similar to the original.  It can record HD video (1080p at 30FPS) and the picture quality is excellent in the day.  However, contrary to Pittasoft’s claims of improved night video, many users have noticed worse night time video quality than the original version.

Unfortunately early reports suggest many of the reliability problems of the original camera, particularly overheating, are occurring in this updated version.  No one has been able to identify what this “ecofilter” is.  The disassembled camera is nearly identical to the original camera.

One difference that has been noted is a reduced bit rate for the new camera.  The original BlackVue DR400G-HD had a default bit rate is 10,000,000 bits per second. The Blackvue DR400G-HD II now has a default bit rate of 5,000,000 bits per second. This reduces the heat generated by the camera since the processor is not working as hard. However a lower bit rate generally means poorer picture quality.

It is likely that Pittasoft reduced the bit rate to minimize the heat issue.  Unfortunately, while the camera does run cooler than the original version, it does not run cool enough given the early reports of overheating.  The lower bit rate is likely one reason why night recording appears to be worse than the original camera.

On the positive side, the BlackVue DR400G-HD II has a very small size which makes it unobtrusive when installed.  It does not come with an LCD screen given its small size but once it is set up and installed, there is no need to move it around.  The built-in GPS records the vehicle speed and status information, which can be synchronized with Google Map to display the driving path.

This dash camera also has a G-sensor and parking mode.  If you are using parking mode, you may want to consider a Battery Discharge Prevention Device.

While the original DR400G-HD was plagued with reliability problems, this version claims to resolve the overheating issue.  The main problems in the original camera are as follows:

Many people suspect the first 3 problems listed are a direct result of the camera overheating.

Unfortunately it does not appear that the overheating problem has truly been resolved.  Even though the default bit rate is much lower, many users complain the camera gets very hot and there are reports of overheating cameras.

Here is a video of a brand new BlackVue DR400G-HD II Season 2 with excellent video quality.

Here is a video from the same camera, 1.5 months later.

As more people get this camera, we will capture any reports of issues and share it with our readers.  Note that the original DR400G-HD became popular in spring of 2012 in Russia and Canada.  After going through the hot summer, overheating problems became evident.  With the new camera becoming popular in the fall of 2012, we may not have definitive evidence of overheating until 2013.  However, we will find out how it performs in the cold!

Some owners have drilled holes in the case to improve cooling, but this does not appear to be sufficient.  Others have removed the rear half of the case and have installed a heatsink as shown in the following pictures (this is on the original DR400G-HD but the same principle can be applied to the DR400G-HD II).  This is a more reliable solution.

Blurry / Out of Focus Picture

A number of users have complained about blurry / out of focus video quality when the camera is new.  The lens appears to be out of focus.  To adjust the focus, one would need to disassemble the camera, remove the glue from the lens, rotate the lens until it is in focus then glue the lens in place.  The original camera did not suffer from this problem.  Perhaps quality control has decreased.

Pittasoft claims that this version has improved night recording via software filtering.  Many users have complained that night recording is actually worse in this version.  This might be due to the lower bit rate that this camera records at.  There is no known corrective solution for this problem as of yet.

Some users complain of poor audio quality from this dash cam.  To improve sound quality, some owners have made another hole near the mic  by drilling it.

You must remove the rubber stoppers covering the screws, unscrew the cover, and then drill a hole 90 degrees through the screw slot that sits closest to the mic. Do not expand the existing mic hole with the drill.  Instead, drill perpendicular to it into the camera body through the closet screw slot.  See pictures below.

NOTE: It is not recommended to remove the SD card while the LED lights are turned on.

Re-inserting the SD card into the camera

Remove the SD card 10 sec. after turning off your engine.

After insert the SD card to the main body, engine on.

In case you installed a battery discharge prevention device to your car, please take off the power jack from the main body.

When people review this camera, they are usually are very impressed.  The great video quality, small size and somewhat reasonable price make it an attractive dash cam.  However the reliability problems with this camera are so common that we cannot recommend it.

The primary firmware available for the BlackVue DR400G-HD II is v1.010K.  Unfortunately this firmware is in Korean and all voice prompts are in Korean.

Some of these season II cameras are coming with the original Blackvue DR400G-HDv1.040E.  This is the English firmware but it is not the HD-II firmware.

If you received a camera with the DR400G-HDv1.040E (English firmware) and want to convert to the HD-II Korean firmware you will need to follow these steps.

If you are running firmware BlackVue DR400G-HD II v1.010K which has the Korean voice prompts, there is a way to change this to English voice prompts.  You must be running v1.010 Korean for this to work.

If the above option does not work, the following alternative option may work:

5. Save all changes
6. Insert SD card in to your Blackvue DRG400-HD II. I takes a few minutes to upgrade.
7. Enjoy 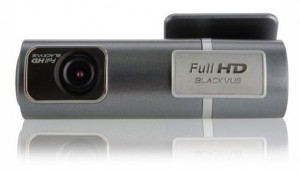 The BlackVue DR400G-HD II has overheating problems, disappointing night quality & some cameras are out of focus.