The 70mai Dash Cam Lite is a Chinese single channel dash camera released in Aug 2019. The camera is also known as the MiDrive D08. This is one of the more affordable dash cams in the 70mai lineup. The Dash Cam Lite is based on the MSTAR MSC8336D processor and SONY IMX307 CMOS sensor.

The 70mai Dash Cam Lite records 1080p video at 30fps with an average bitrate of 16.2 Mbps. Video quality during the day is very good and night quality is good. Surprisingly the video is only a little bit worse than the 70mai Dash Cam Pro and some lighting conditions it does a better job of picking up details.

From a design perspective, the Dash Cam Lite is almost identical to the Dash Cam Pro. It has an identical wedge share, 2″ screen, g-sensor and optional GPS. The main difference is the less discreet gold color lens holder. We prefer the silver color of the Dash Cam Pro since it is less “blingy” and more discreet.

Like most 70mai dash cams, the Dashwith WiFi and has apps for Android and iOS. The Dash Cam Lite provides non-buffered parking mode if you hardwire the dash cam to your vehicle (optional hardwire kit required).

The camera comes with an adhesive mount and cannot swivel to record interactions at the driver or passenger windows. The Dash Cam Lite is a small camera with dimensions of 82 x 58 x 40mm. Overall build quality is good and the camera comes with screen error notifications.

70mai appears to be responsive to questions and has adequate support. They also provide firmware updates which is a positive as well. That being said, the Dash Cam Lite is not nearly as popular as the Dash Cam Pro and does not have the same level of user support and firmware as the Pro.

The 70mai Dash Cam Lite has had good reliability and there are no widespread problems.

While we typically recommend dash cams with capacitors, the 70mai battery works well and has had not the swelling / expansion issues as cameras with cheaper batteries. Replacing the battery is not difficult and the instructions are the same as the 70mai Pro.

The 70mai Dash Cam Lite is an impressive cam with its low price and good video quality. We like the wedge shaped design but are not fans of the golden lens holder. The WiFi capability and smartphone app are positives as well. The use of a battery instead of a capacitor might turn off some people but this battery has been reliable and should not be a problem if you don’t use parking mode.

Note that there are no hardware differences between the International (English), Chinese and Russian versions of this camera. Any language firmware can be flashed to the camera. 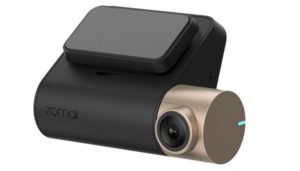 The 70mai Dash Cam Lite is similar to the 70mai Pro but cheaper but with 1080p video. Quality is good and this dash cam offers good value for your money.