The APEMAN C420 is a Chinese dash cam released in August 2018 which has become a very popular camera on Amazon. The camera appears to be based on the JIELI AC5601A processor and Galaxycore GC2023 CMOS sensor. These components are not found in many dash cams but typically we see them in lower cost cameras.

While APEMAN is the brand name of this camera, the C240 is generic Chinese model sold under a variety of model numbers primarily from the company Shenzhen Anhong:

Video quality during the day is average and night quality is below average. The C420 records 1080p video at 30fps with an average bitrate is 12Mbps. The wide angle 170° lens also gives the videos a fish-eye effect and also is not the best at capturing details such as license plate numbers.

The camera has a 2″ screen, g-sensor and non-buffered parking mode. It does not come with GPS or WiFi. The camera comes with a suction cup mount which allows the C420 to be swiveled 360 ° to record interactions at your side windows (i.e. police traffic stop). Error notifications are displayed on the screen.

The C420 is a quite a small camera at 50mm x 40mm x 10mm and is very light weight. That being said build quality is average at best and some owners have complained of quality control issues.

While the camera is small, the suction cup and hanging form factor makes it a little bit less discreet than many wedge or cylindrical cameras. The manufacturer appears to be responsive to questions but beyond that, the camera has limited support. We have not seen any firmware updates for this camera since it has been launched.

Note that while the camera has a large number of very good reviews on Amazon, APEMAN provides a free gift in exchange for 5-start reviews. This may influence the ratings there.

Camera does not connect to Mount

There have been a number of reports of the camera not being able to connect to the suction mount as per the picture below (unable to slide the mount onto the camera). This appears to be a quality control issue and if you receive a camera with this problem, best solution is to return. While there have been a few reports, this is likely not a widespread problem.

While the APEMAN C420 has been a popular camera on Amazon, we are not impressed with the video or build quality of the camera. We suspect the free gift in exchange for positive reviews has influenced the Amazon rating for this camera. The positives for this camera are the low $40 price tag and the ability to easily return to Amazon if you are not satisfied.

Overall, we suggest spending a bit more for the discreet B1W or 70mai Dash Cam Pro which have much better video quality and offer a better “bang for your buck” than the APEMAN C420.  See what other owners have to say about the APEMAN C420 on our forum. 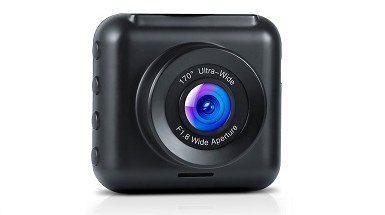