The G1W DVR is a Chinese manufactured camera released in 2013.  It is also called the GS108.  It is based on the popular Novatek NT96650 processor and the Aptina AR0330 CMOS sensor.  This processor and sensor combination have been very popular over the last few years due its reasonable cost and good picture quality.  The G1W  appears to be the lowest priced camera with this processor and censor at approximately $40.

The camera has very good picture quality during the day and average picture quality at night.  It records 1080p at 30f/s with an average bit rate of approximately 15,000kpbs (EDIT: some newer models have a 12,000kpbs bit rate, however video quality appears to be fine).  The G1W comes with a G-sensor and 2.7″ screen.  GPS is not available on the G1W.

While the camera isn’t the smallest at 113 x 46 x 32 mm, it isn’t that large and can be hidden behind the rear view mirror.  The bigger problem is that camera is not all black.  Depending on the vendor it can come with a black, blue or brownish outer casing.  Also the silver ring around the lens is quite noticeable.  Painting the unit all black would make it more discreet.

Recently a new version of this camera has been released.  It is called the GIWH and it uses an all black case that is slightly different than the original G1W.  It also has a slightly wider angle of view.  Cost is about $6 more and overall reviews seem comparable to the original G1W.

NOTE:  As of September 2015, some of the G1WH cameras are based on a different processor, the Generalplus GPCV2169A.  You can read more about about this camera on our forum.

Another recent addition to the G1W family is the G1WC.  This camera is identical to the original G1W with one difference.  It uses capacitors instead of a battery.  A capacitor typically has higher heat tolerance than a battery but the price of this camera is more expensive at $66.  Our member niko has provided a full review of the G1W-C in our forum.

The G1W-CB  is equivalent to the G1W-C but has a black ring around the lens instead of a silver one.  Thus is the more discreet and has a capacitor, so it is the preferred version being sold today.

There have been numerous reports of lower spec or “fake” G1W’s being sold.  Typically these cameras are come with a cheaper Novatek NT96220FG processor and video quality is much worse.  Some things to look out for.

There are numerous threads in our forum on these “fake” cameras (here, here and here).  eBay sellers totodeal, yinjishan, oohsomuch,  abeyerr and okletsgoo have sold “fakes” and there appear to be many others that sell them as well.

Amazon also appears to be selling “fakes”.  Sport Fort and Zeegoo have sold “fakes” and there appear to be more as well.

Be careful when purchasing from sites that do not indicate the camera has the Novatek NT96650 processor and the Aptina AR0330 CMOS sensor.  If the processor and CMOS is not listed, check with the seller to make sure it comes with those components.

This dash cam claims to have Wide Dynamic Range (WDR) capability to improve low light video quality.  Unfortunately this is not true.

While the Novatek NT96650 Processor supports Wide Dynamic Range, the CMOS sensor used, the Aptina AR0330, has a dynamic range of 72.4 dB.  Hence from a pure technical perspective, this camera is not providing true Wide Dynamic Range.

But night video quality is good and there is improved night performance with WDR enabled on this camera.  Note that a high dynamic range number (>100 dB) does not guarantee great night performance if other aspects of the camera are poor (processor, lens, firmware).

Numerous owners of the G1W have indicated that the mini-usb plug is loose.  To fix this problem, owners have used mini needle nose pliers to very slightly pry the male mini-usb tip outer casing.  Others have adjusted the holding pins slightly to ensure a tight connection with the USB cable.  Complaints regarding the overall quality of the USB cable have been made by numerous owners as well.

The overall build quality has been described as light weight and not the sturdiest.  The image sensor is held by dual-sided adhesive tape rather than screws.  Overall, given the low price of this camera, cost cutting is evident in the build quality.

Some owners complain of a waving noise in the background.  This is a common complaint for cameras with the Novatek 96650 chipset and no resolution is available.  The video below demonstrates the problem.

Lens Blur on One Side

Some owners have complained about blurry picture quality on one side of the camera (usually the right side).  This does not afflict all cameras but has been reported a few times.  The following snapshot shows the difference between the sharp image on the left vs the more blurry image on the right.

A few users have indicated their G1W cameras interfere with the FM radio.  The problem may be a defective power cable.  This appears to be a rare problem.

A number of owners have reported that the G1W turns off without showing any signs of turning off (the red light was on).  When trying to press the buttons they would not respond with the exception of holding the ON button to turn the camera off.  The video files were corrupted as well.  There is no known solution and the camera appears to be defective.

There are no known solutions to this problem but it has only been reported by a small number of owners.

Approximately 5 owners have indicated the camera gets stuck on the welcome screen when turning on the car.  This typically happens in cold weather conditions (under 0°C).   After the camera warms up, it usually works fine.  Note that the stated operating temperature for this camera is 0°C to 65°C.

Some owners have indicated when the camera tries to shut down, the final video file is not saved.  This is most likely due to a dead or defective battery.  The solution is to replace the battery ( Lithium Ion 3.7V).

One of our members has successfully formatted a Samsung Micro SDXC Pro 64GB Class 10 Card with the G1W.  You will need to use the Guiformat tool to format the card in FAT32.

The G1W model has been around for numerous years and when purchased for less than $45 it provides good value for the money.  Even though the G1W is a good value if you are on a strict budget, you should be aware of a few caveats before purchasing.  Reliability is average for this camera and build quality is not the greatest.  Also it is not as discreet as some of the more expensive cameras.

We only have access to one firmware version for this camera.  It comes from estore009 and is for cameras using the S1088 main board.  Use at your own risk.

Some feedback on the firmware in the zip file: 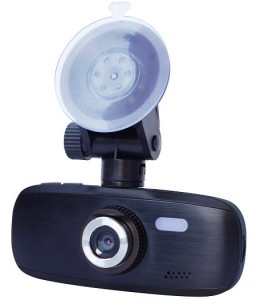 The G1W is the best video quality for $45, a bargain but not discreet. Spending under $40 will likely be an inferior chipset with poor night video.