But note that attaching and removing the Mini 0806 to the mount is a bit difficult when new.  Be careful on how much pressure is applied to the mount.  Owners indicate the mount loosens up with repetitive installs / removals.

Our member Mtz has created a video review here:

Checking the video resolution that your camera supports is the easiest way to know which Mini 080X version you have.

The Mini 0806 Pro version of this camera has been released as well with a few minor cosmetic changes:

A number of owners have indicated the GPS does not work or takes a long time for the satellites to catch.  In some cases internal cables were getting trapped / damaged within the camera.  The molding has been updated in the second batch of cameras sent to correct this issue.  They also have improved the electromagnetic shielding which should improve GPS reception which appears to be weak in this camera.

If you are experiencing this problem, make sure you actually received a GPS mount (weighs 18 grams vs the non-GPS mount which weighs 6 grams).

Also make sure the GPS setting is turned on in the menu.   Set the GPS Stamping to ON and set Speed Stamping to MPH. Make sure the Camera is in the base and you supply power to the base.  After turning it on, watch for the blinking green LED.  When it stops blinking, the GPS has established a fix. It can take anywhere from 30 seconds to 8 minutes for it to stop blinking.

Finally try using the camera outdoors to see if the car is causing GPS interference.  If none of these solve the problem, you will need to return for replacement or disassemble the camera to fix.

One of our members, WalterBiH, disassembled the camera to fix the problem.  The instructions are as follows:

1. Disassemble the camera (Rotate to the following position then insert your nail and move it forward).

Check to see if the GPS wire is pinched / stripped by the camera body.

Check to see if the GPS wire has come off the PCB terminal (RX).

Completely disassemble the camera and re-solder the wire.

That should correct the GPS problem.

Out of Focus Video

Some of the owners have indicated that the video is partially out of focus or blurry.

To correct this problem you will need to refocus the lens.  This involves disassembling the camera and adjusting the focus.  Alternatively you can send it back for replacement.  This is a quality control issue from the first batch and the manufacturer has indicated that newer batches are being more closely checked for focus before shipping.

If your battery no longer holds a charge or is swelling, you can replace it using the instructions found here.

One of our members wanted an easier way to attach and remove the Mini 0806 from his car.  He used a GoPro Clip Mount to do this.  The DIY instructions are as follows:

The Mini 0806 is the latest in the Mini Series and quite similar to the Mini 0805.  Price is a bit higher but initial quality has been hit or miss.  If the bugs get worked out, this could be a great camera.  While the Mini 0805 is a better value due to the lower price, the Mini 0806 has a few better features.  The Mini 0806 also has been regularly providing firmware updates  publicly which is good from a support perspective.

Like the Mini 0805, the Mini 0806 is an overall great camera for the money.  Reliability is the wild card for this camera.  If the newer batches of the Mini 0806 improve on quality control, this camera is a definite buy but it is advisable to wait and see.  To see what other owners are saying, visit our Mini 0806 Forum.

The latest firmware can be found on the Mini 0806 site.

If your brick your Mini 0806 camera after upgrading, you may be able to recover it using DirectUSB.

The English User Manual can be downloaded here. 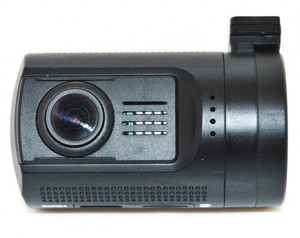 The Mini 0806 is the most advanced in the Mini Series but there have been quality complaints in the initial batches.