The myGEKOgear Orbit 960 is a Chinese single channel dash camera released in May 2020. The myGEKOgear trademark is owned by the dash cam manufacturer PAPAGO. We are not sure why they set up this new brand. These cameras are popular in brick and mortar stores like Bestbuy, Costco and Walmart.

This is a 4K cam based on the HiSilicon Hi3559-V200 processor and Sony Exmor R IMX317 CMOS sensor. myGEKOgear claims that the camera is using a Sony Starvis sensor (better for night videos) but this is not the case. Not really an ethical practice to misrepresent the camera’s sensor. That being said the IMX317 is a good sensor and is used in other 4K cameras.

The Orbit 960 records 2160p (4K) video at 30fps with an average bitrate of 33.4 Mbps. Video quality during the day is above average and night quality is average. In some cases, the video appears to be blurry or out of focus. This could be due to a poor lens being used or lack of quality control in the factory when focusing the lens.

The Orbit 960 has a 2.7″ screen, g-sensor and has built in GPS. The camera comes with WiFi and has apps for Android and iOS. Note the apps are ranked poorly for both Android and iOS with many people complaining of connection issues. Another complaint is the app requests location access at all times which could be a privacy concern for some people.

The Orbit 960 comes with Advanced Driver Assistance features but like most dash cams, this is more of a nuisance and do not work consistently well. The camera also provides non-buffered parking mode if you hardwire the dash cam to your vehicle (optional hardwire kit required).

The camera comes with a suction and adhesive mount. When using the suction mount, the camera can swivel 360° to record interactions at your side windows (i.e. police traffic stop). This is not possible with the adhesive mount. The Orbit 960 is a small camera with dimensions of 77 x 38 x 25mm and overall build quality is good. While the dash cam comes with a 16GB microSD, card is a bit small for day to day use given the high bitrate.

myGEKOgear appears to be responsive to questions and has adequate support. They also provide firmware updates which is a positive as well.

Outside of the blurry video quality already mentioned, there are no other known problems with this camera.

You can read the Orbit 960 review, with videos, from our member Sunny here.

The Orbit 960 is the first 4K dash cam from myGEKOgear. While it is a good attempt, video quality is not as impressive as some other cameras in this price range. The claim that it uses a Sony STARVIS sensor when it does not is disappointing as well. While WiFi is positive, both the Android and iOS apps have very low ranking. There are a few positives but at this price range we suggest considering other dash cams.

Please follow the Steps below to upgrade your device:

The latest firmware can be found on the myGEKOgear site. 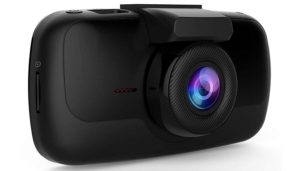 The myGEKOgear Orbit 960 has disappointing video quality, particularly at night. Numerous other drawbacks for this dash cam as well.