The Ambarella A2 processors have become very popular in Chinese dash cams even though the technology dates back to 2007.  The A5 processors were introduced in 2009.  Many had hoped for much improved video quality over the A2 cameras, but at least in this iteration, it is not the case.

Unlike the A2S60 cameras which has a wider angle at 720p and a narrower angle at 1080p, this A5s30 camera has the same viewing angle at both settings.

Feedback indicates that this camera boots up very quickly (less than 3 seconds) and there are no gaps between files.  It includes 32mb of internal memory to record 10 seconds before an impact and 10 seconds after the impact, triggered by the G-sensor.  The G-sensor has 3 sensitivity levels and cannot be turned off.

Note that the real version of this camera records in .MOV format.  There appear to be fake versions available that record in .AVI version as well.

This camera, like many Chinese cameras, has a number of different names:

Since this is a relatively new camera and is not that popular, there have not been many reliability problems noted yet.

Currently there is no publicly known way to extract or upgrade the firmware in these dash cams.  There are 2 known firmware versions that have been sold: 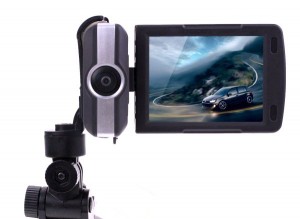 The S1000 should be avoided due to video quality and large size. The F500LHD is a better value in this price range.