The Vantrue X4 is a Chinese single channel dash camera released in Mar 2019. This is Vantrue’s first 4K dash cam and one of the earliest 4K dash cams released with 4K. Note that this dash cam is also sold as the Samoon E93HS.

The camera uses a Ambarella A12LS75 processor and Sony Exmor R IMX317 CMOS sensor. In Vantrue’s advertising, they claim this is a STARVIS sensor (better for night quality). However this is not the case since the IMX317 is not a STARVIS sensor.

The X4 records 2160p (4K) video at 30fps with a high average bitrate of 45 Mbps. The 4K video does looks very good during the day as expected for this high resolution and bitrate. Night video quality is average at best. In many cases the video is grainy and there is often motion blur. This quality is disappointing, particularly at this price range.

Outside the 4K video quality, the Vantrue X4 does not come loaded with features. It has a 3″ screen and g-sensor but GPS is optional and there is no WiFi support. Only a simple, non-buffered parking mode is available if you hardwire the dash cam to your vehicle (optional hardwire kit required). The camera comes with screen error notifications which is not ideal. Audio error notifications are preferred.

The camera comes with a suction mount which allows the X4 to swivel 360° to record interactions at your side windows (i.e. police traffic stop). While the camera is medium sized at 96 x 40 x 54mm, the rectangular form factor with suction mount is not the most discreet camera. Overall camera build quality is good but there have been some complaints regarding the quality of the power cable and suction mount. On the positive side it does use a capacitor instead of a battery which is preferred in hot environments.

Vantrue has good support, is responsive to questions and provides firmware updates. Another positive is that Vantrue provides an 18 month warranty with registration, 6 months longer than most dash cams.

Numerous owners have complained of broken power cables as shown in the photos below. Given the price of the X4, the quality of the power cord is surprising.

A number of owners have reported that the camera freezes and becomes unresponsive. If this occurs you will need to power the camera off and on to restart. This could be due to the poor quality power supply that comes with the camera.

While a decent performing camera during the day, night videos are not the best and capturing details can be a problem. The following night video from our member Sunny demonstrates the night quality of the Vantrue X4.

The Vantrue X4 is one of the first true 4K dash cams. The video quality during the day is impressive but night video is average. For this price range we also expect more features such as GPS included and a WiFi app. While the 18 month warranty (with registration) is nice, the reliability issues reported by some owners give pause for concern. Overall there are better performing 4K cameras available for less money which makes the X4 a hard sell. 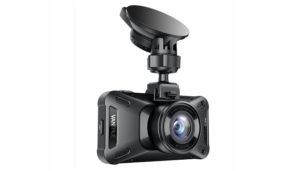 The Vantrue X4 has disappointing video quality at night and does not have the best reliability. There are better 4K cameras available at lower prices.