The 'assembler' of the trike are more or less not interested in providing service or repairs at this point. It's a slide type. The chinese engine is used by hundreds of thousands of these things in this region. the only problem will be finding the plastic side panels I want to replace, and the replacement seat.

I'm probably getting to the point this thing won't wander far from town, soon, anyway. I keep my eyes open for used cars or pickups. A lot of foreigners are bailing out of here for various reasons. Sometimes a good deal pops up.

I did manage to aim the headlights......at least they are now pointing....somewhere.

I think one of the headlight shells was installed backwards, or there is only one headlight assembly for both sides?

Put an old A119 in the trike, temporarily.

Heavy rain, it appears the storm drains in my neighborhood need some attention.


This is after the water retreated a bit. An hour later it was mostly gone. This morning, after raining all night, it's higher than before.
S

Hope your house is high enough for it to stay dry. Nobody thinks about drainage till there's a need for it so nobody bothers to keep things in order until it's too late. That's a world-wide problem from our earliest history through now- you'd think us "intelligent humans" could do better than this

SawMaster said:
nobody bothers to keep things in order until it's too late. That's a world-wide problem from our earliest history through now- you'd think us "intelligent humans" could do better than this
Click to expand...

The house itself is maybe two feet higher than the water is, now. I doubt this is a worst case scenario, rain. What bothers me is when you leave this subdivision, the streets are clear, other than a few spots where there is frequently puddles. I'm renting, not sure if there are HOA or regime fees people aren't paying, or are not being spent? This used to be a gated community, but somebody stole the gate. (Actually still there, just permanently open.)
OP

Here's my noisy mobius clamped overhead.......taking the girlfriend to work. The water magically vanishes as we leave my subdivision

Being a 'developed community' I'm guessing that the locals hadn't already built there because of the area being prone to flooding, and the developer figured on selling to non-locals as a way to avoid the issue. Or they didn't take the correct steps needed to change the elevation to where drainage would work. That happens here in the US and I've heard of it happening several other places too. It's often legal to build to too-low standards regards flood plains then sometimes you have things like the 9th ward in New Orleans which has gotten lower as the entire city is sinking

When there's what would seem to be a prime piece of real estate which hasn't been developed as everything around it was built, there is a reason for it being that way and buyers need to find that reason to avoid getting scammed

Looks like you have the right size, but wrong vehicle. 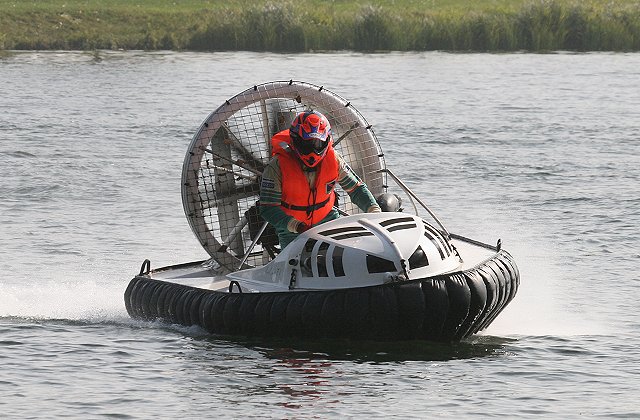 Some of the local 'gated communities' here are second cousins to your average trailer park in the US. We don't have a guard who stands at the gate and salutes you as you drive in, or out, though. (He may have drowned)
OP

Seriously, went to visit a friend in a gated community north of town a few months ago. Uniformed guard at the gate who saluted you as you entered or left, and I guess protected the rusty camaros up on cinder blocks in every driveway.

Put a $20 security camera up yesterday, seems to be working OK. Also popped a B1M on the trike, temporarily.

Oh, the reason I left the apartment I was living in? The landlord had some deadbeat relatives living free in the building, including one who was involved in drug activity......for years.

There was a police raid a few months ago, it quieted down for a few days....back to normal. The final straw was druggie relative having a fight with her boyfriend in the parking lot, her boyfriend entering my apartment, locking me out, while he got knife from the kitchen to chase his GF around the parking lot with. (In the meantime explaining to my girlfriend who was in the apartment at the time, why he was angry at the mother of his child.....drug use and sales)

I wanted to call the cops but was told 'no need, he is a cop'.
Welcome to thailand.

Noticed this dog yesterday.. He has a comfortable spot in an intersection....not giving it up. Went to eat dinner 500 meters past him, 50 minutes later he is in same spot on way back.

The dog doesn't seem to be very smart, but he may be smarter than some of the people there. Or even here for all that's worth

SawMaster said:
The dog doesn't seem to be very smart...

Oh, I don't know about that. He's got control of a prime piece of real estate (in his mind) and nobody is giving him any grief about it. Better than I've been able to accomplish.

Business is slow at girlfriends job, so is encouraged to take time off, or told not to show up that day. Rented a car for a few days for a quick out of town trip. Planned on hitting a few regional tourist spots, staying overnight at favorite hotel on the mekong, coming back. Mr 'alert to details' did not realize it was a national holiday, yesterday, and possibly a buddhist holiday the day before....until I noticed kids were not in school....but in the streets of every village we passed through.
When we approached the first tourist place, (regionally famous temple), traffic was backed up 10 km away, ended up skipping the tourist stuff. Just headed to hotel, planned on tourist stuff the next day. The next day it rained. No tourist stuff, except shopping at the indochina market, which fronts the hotel we stayed at.
The market and hotel are in Mukdahan, Thailand. Across the river from Laos.

The indochina market used to be underground on the mekong riverfront, accessed via subway like entrances and descending stairs. Flooded too often, now the shops are on the street......it looks like some improvements are being made to the old underground shop area...but need to research. To access the hotel now you have to drive through the market. Luckily not too busy. Further north is a large 'night market', also.
I've stayed at this hotel maybe yearly for the last 5 years. Nice older hotel, well run. The older owner is always on site, friendly., attentive They shut down for 4 months during covid, laid off a lot of staff, and are open, with some reduced services. I get a room with a riverfront balcony, teak furniture. Price is now up to $35, still a good deal.
Market is not so busy in this video, B1W hastily slapped into a 4 door Isuzu DMAX, which had a built in dashcam that displayed on the RVM. I found the display annoyring, distracting. Not sure how you download the files, but kept saving files trying to turn the display off. The RVM was plagued with some tinting or glare crap on the mirror itself, tinted rear window on truck cab, and two more tinted windows on the fibreglass cap. You could barely see anything in it.