I have the new 4K dashcam courtesy of Nextbase UK. Packed with features and 4K recording and the option of adding rear facing cameras.

Disclaimers and such notes first:

I do not work for Nextbase, nor indeed any other manufacturer of dashcams.

My car is old and is not perfect in most ways! In particular, my heated windscreen does seem to have a noticeable "haze" effect on lights such a streetlamps and traffic signals. This occurs in the videos of all my night scenes regardless of manufacture. Despite many recommended cleaning routines and ideas, this effect remains - I reached the conclusion that it's my windscreen that is the problem, not any of the (five) dashcams I use!


Here is a direct quote from the Director of the NB company:


Richard Browning, Director of Nextbase:
''The 622GW is a truly groundbreaking product with major innovations. As the first-ever Dash Cam brand to offer 4K HD recording alongside, Emergency SOS, Amazon Alexa, Image Stabilization and Intelligent Parking Mode in the 622GW, we’ve raised the bar in Dash Cam technology. We continue to focus on what matters most to drivers – the quality of video footage recording and safety and security on the road – while a range of new features added to the 622GW is a reflection of our commitment to push the boundaries of what is possible in a Dash Cam. I believe that it is improvements like this that sets our team apart and one of the reasons that we’re the world’s favourite Dash Cam provider.'' 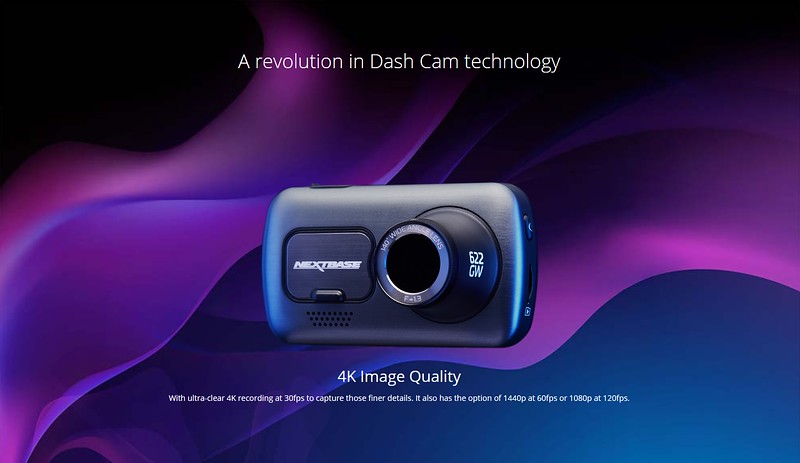 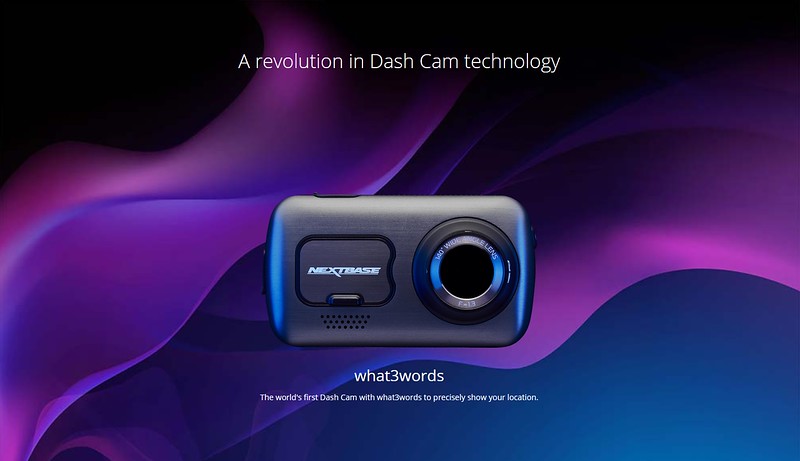 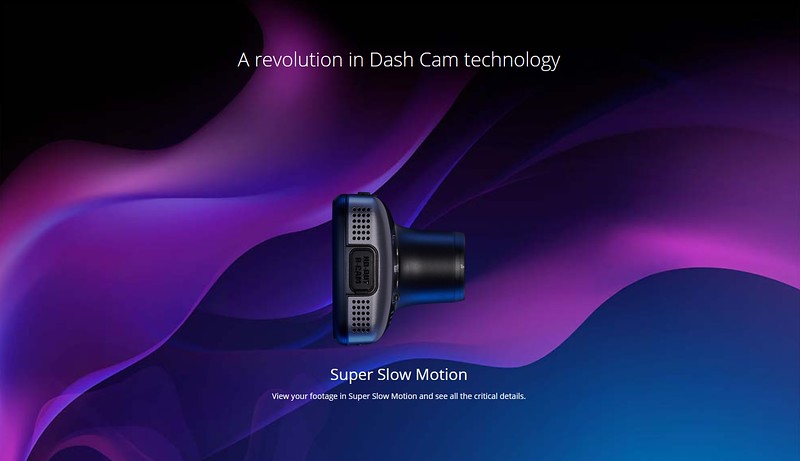 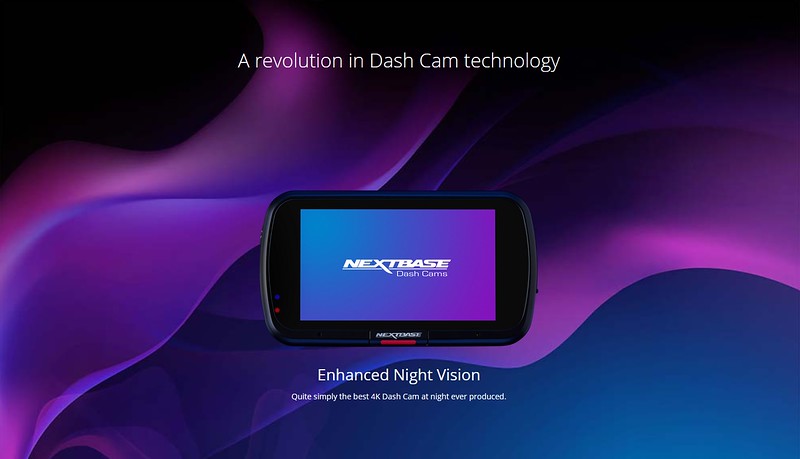 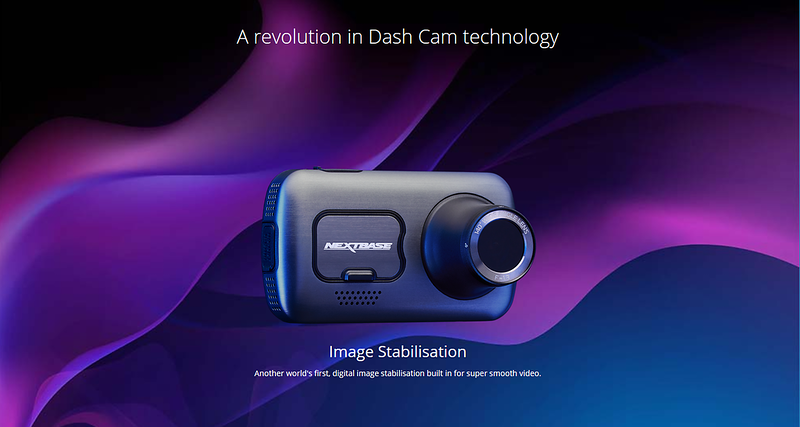 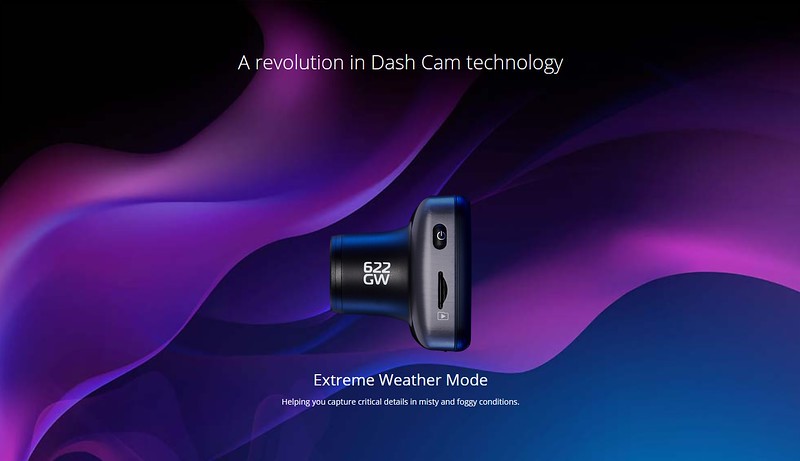 On now to some info:

The the sensor is the Omnivision OS08A10. There's also an improved speaker and lens, as well as an additional RGB LED under the Protect Button for Alexa visual indications. Major Firmware Improvements include: Defogging and 1080P 120FPS super slow-mo playback in MyNextbase Player. The 622GW has an Ambarella H22 Quad core chipset.

Smart features include 3” Touch Screen, Amazon Alexa voice control, the innovative what3words and faster video transfers with WiFi, Bluetooth connectivity to myNextbase app and more. An all new Extreme Weather Mode utilises built-in algorithms that provide the clearest image quality possible in all conditions. The exclusive Emergency SOS feature means that if you are involved in a RTA and are unresponsive the 622GW can contact the emergency services on your behalf, advising on your location, and also immediately share other personal details that you wish to be added such as medical history, blood type and allergies. This is a lifesaving feature not seen in any other brand of Dash Cams. The 622GW also introduces ultra-fast 5GHz Wi-Fi, offering Dual 2.4GHz + 5GHz Wi-Fi for the fastest transfer speeds possible. You will be able to download footage from your 622GW directly to your mobile phone faster than ever before to prove non-fault after an accident (or if it is your fault too of course!) roughly 6 times quicker than previously possible. and deliver the best possible image quality at all times.

Nextbase Series 2 Dash Cams the 622GW includes Intelligent parking mode to help protect your car when you are not there (on the supermarket car park, for instance). The 622GW will automatically start recording if someone bumps into your vehicle to make sure their details are captured.

I haven't tried the SOS (I hope never to need to) but the W3W works perfectly. The GPS speed updates very quickly, faster than the 522GW does, and the option to set your screensaver to display the speed is again included.

The 3" touchscreen is responsive and allows easy navigation through the menus, and the phone app works fine for me to allow changes to settings and use the "live view" on your phone to allow the positioning through your windscreen to be effortless (your phone MUST NOT be used as an additional screen when driving).

SD Card Compatibility
Up to 128GB (U3 SD Card required)

For any changes to, and updated full product information, go to the Nextbase website.


No doubt you would now like a look at the recording quality? I viewed these clips on my Panasonic 58" DX800 series 4K television and I have to say, it's very impressive.

I've added at the top of these videos a side by side comparison of night time driving that shows the new enhanced night vision against a current market favourite (Viofo A129 Pro).


This a bit at night where two cars were way over the speed limit (40mph zone) must have been hitting 55 to 60 or more...

I must report though, that there is still an occasional moment of vibration, but nothing bad, and on a couple of occasions I noticed a red shading in the video which I think is maybe being caused by the CPL (this has been fed back to the R&D team at Nextbase to look at), but in the main, I have no issues.


Overall, I think it's a great dashcam with some improvements in features that are very different and unique. The mount and the battery option (rather than capacitors) will put some people off buying, but I can recommend this dashcam as being worthy of having a position on your windscreen.

One thing though.... The 3M Sticky pad for the mount is grey. That really need to be black because as a grey one it stands outline a beacon... So I would like to see future batch productions change the 3M pad to a black one (please Nextbase).

Remember this is not a recommendation for purchase, just my humble opinion.


The info I have used is subject to change without prior notification and may alter the textual content.

Night footage not bad at all, as in not much noise in the footage

Personally i am fine with this kind of low light performance, so i am very much looking forward to testing my first 4K camera.
On the negative side, personally i am no fan of the form factor or the way this / most nextbase cameras mount.
You must log in or register to reply here.
Share:
Facebook Reddit Pinterest Tumblr WhatsApp Email Share Link
Top