Back in the 90ties i drove a Opel hatchback, just wore out tires, and brakes ( mostly from my insane driving ) and then once in a while it threw the timing belt so i had to get a new one of those.
But i never changed the battery for the engine, but i did add a few in the back for the over the top car stereo, always started except on the rare occasions where it got to sit idle for a few days, CUZ then it needed a jump.
But even in the winter which Denmark had back then it would start just fine, and the all year Michelin MXT tires always got me there, though some times i have to keep up a fairly high speed to not get bogged down in deep snow.

The past 10 years the total snowfall where i live now have been a foot or so, and all of last winter i think we had like 5 days of sub zero temperatures.
Denmark sure got global warming but only in the winter it seem, this month are slated by the weather gurus to be the coldest July in 4x years, and one of the coldest in the 14x years the records go back.
M

This might too much trouble for some but...
My car batteries last me 10 years. They are usually a 3-5 year warranty battery. The batteries are nothing special, just your average Napa Auto store battery about $120 USD, they are NOT the maintance free kind. They are a bit more of a heavier duty battery as they are for full size trucks and a performance car that all need a bit more cranking amps I believe. I don't drive very much and my cars can and do sit for 1-2 weeks. The trick for me and might be too much trouble for most, is I use those automatic trickle charger battery maintainers. There are many different ones but here is the link for the ones I currently use, have had this type for almost 10 years with no problems. It can be hardwired or just plugs into your constant 12v power outlet (cig lighter). I have in the past hardwired them (different brand) and after time (more than 5 years) the maintainers gave out a few times needing to be replaced. I think it might have been due to the maintainer over time not liking to be hardwired or plugged in while the car was being turned over. I also drive short distances. The maintainers keep the vehicle battery topped up. As said it is not good to dirive short distances, not getting the battery charged up all the way. I don't always plug the maintainer in on my "daily driver' after every trip but 85% of the time I do. The other vehicles are almost always on the trickle chargers as they get driven even less than the primary driver car. I know everyone's circumstances are different and please don't reply why this will not work. It works for me and I just wanted to share my experience on how I get more time out of my batteries. Before I was using these devices, (25+ years ago) the batteries defiantly did not last as long for me. Yes I am in sunny Ca. and park in a nice under house garage. It never snows where I live. but maybe one of these things can help someone in a cold climate get more than this terrible 2 years I have read here.
Black and Decker Battery Maintainer-Trickle Charger BM3B *note some of these do not come with with 12v DC accessory plug so if you want that be sure the one you get shows it in the description. This link is just to show the item I use. It can be bought many places. 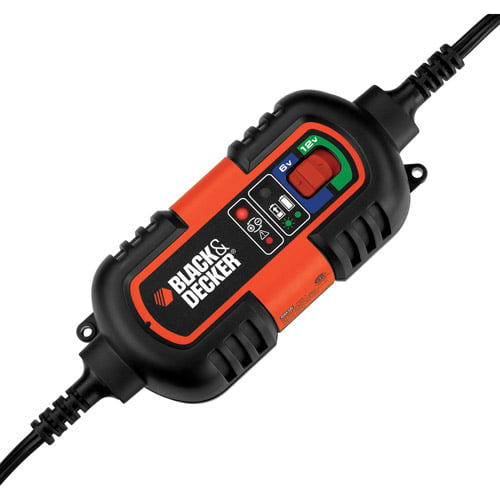 Somehow you have to remember to unplug it before you drive off. Ask me how I know.

you for sure want some kind of quick release mechanism if you have a memory like mine.
M

Velvetfoot said:
Somehow you have to remember to unplug it before you drive off. Ask me how I know.
Click to expand...

LOL, I have never done that when I had them hardwired. Though now I use the 12v Accessory plug on the dash and just close the door on the cord then plug in the wall, sort of hard to not remember to unplug before driving off. But I under your comment and can visualize you driving down the street with a cord in tail trialing behind.
H

Velvetfoot said:
Somehow you have to remember to unplug it before you drive off. Ask me how I know.
Click to expand...

No worse than these people....I was at a fuel station once and this guy was busy messing around on his phone. The Lock that pops when the fuel is done pumping didn't disengage and he had fuel shooting everywhere out of his car onto the ground.....I pounded on the guy's car window to alert him as he was completely oblivious to what was going on...