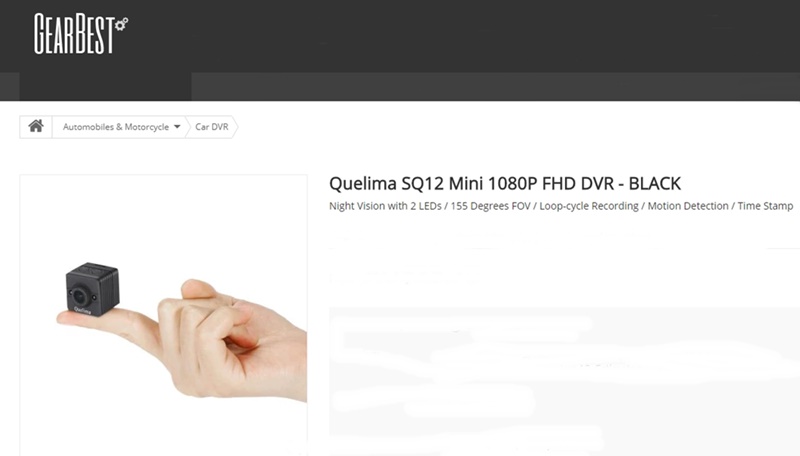 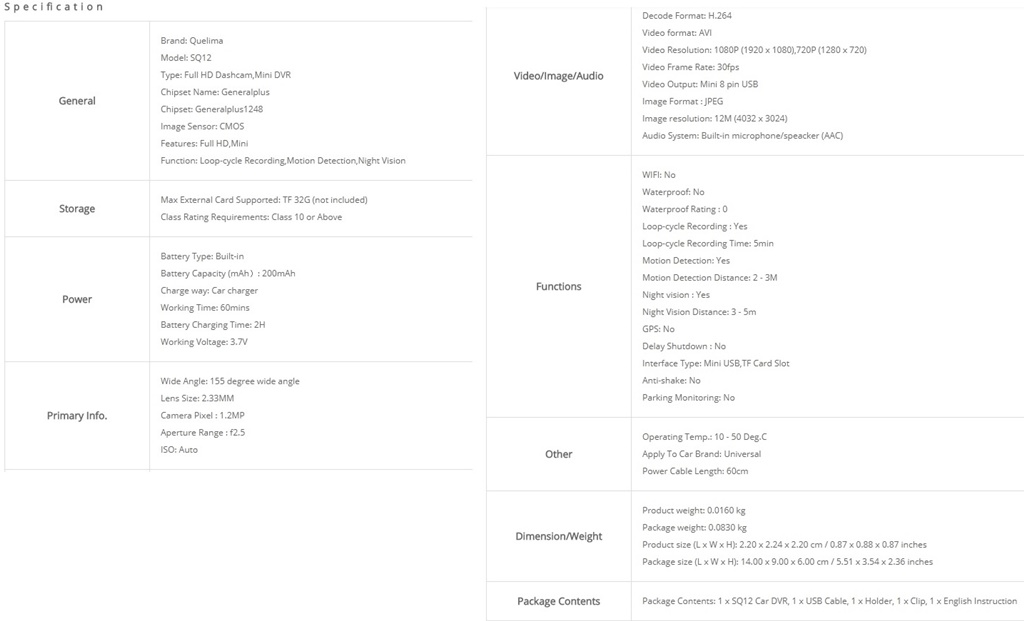 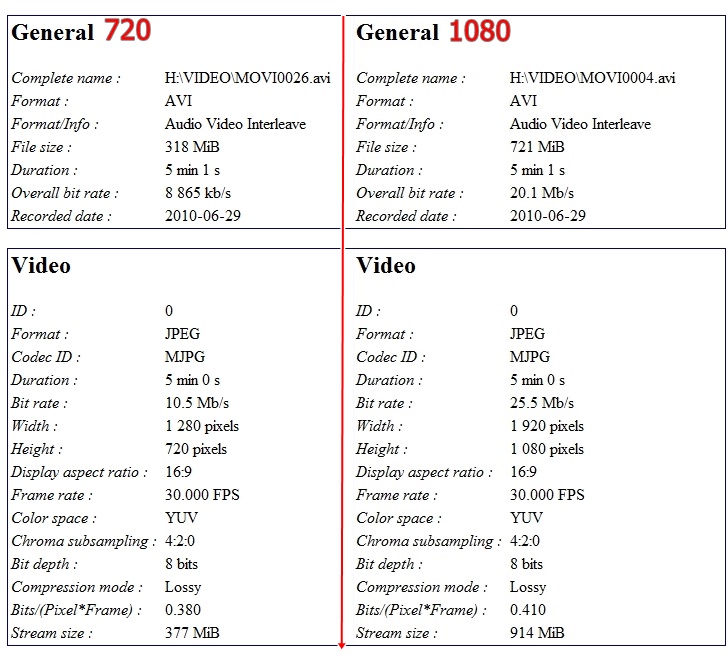 I have always found small cams interesting simply because of their stealth capability as well their ability to be dash cameras . Now the SQ12 is able to work as a dash camera but with a caveat or two . The SQ12 does offer 1080 , unfortunately when used as a dash camera the SQ12 defaults to 720 on restarting . So you set the SQ12 to 1080 and plug in your USB power cable and begin recording , but when you turn off your ignition ( power ) and then start the car again the cam will default to 720 . It would have been really nice if the SQ12 defaulted to 1080 , but such is not the case . 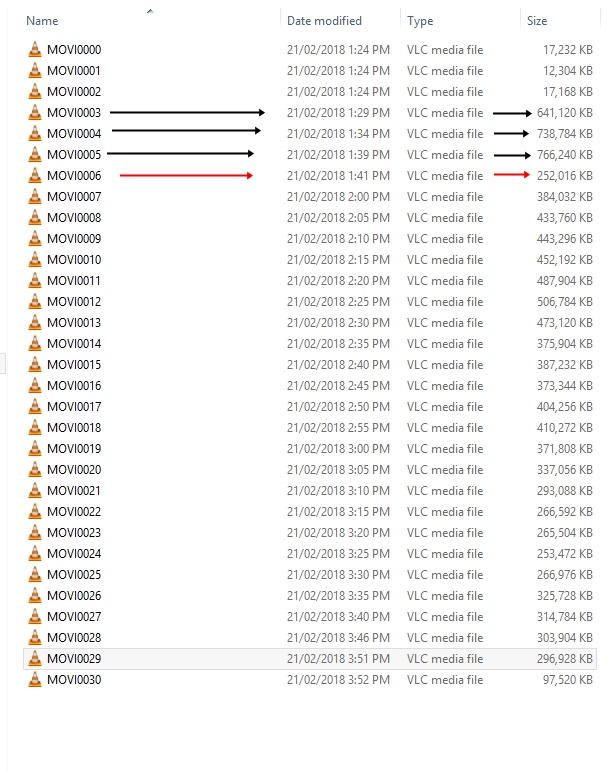 The SQ12 records in 5 minute segments and does so seamlessly . In the above image you can see I started recording at 1080 ( black arrows ) and when I removed the USB power turning off the cam , the cam started recording at 720 ( red arrow ) on reconnecting the USB power . My 16gig card holds some 28 5 minute files and just a little more , which equates to just over 140 minutes off 720 video . Good news for anyone wanting to use the SQ12 as a dash camera , the files are over written when the card is filled up rather than the SQ12 stopping recording . Running the SQ12 for several hours I got out my IR temperature gun and recorded an external ( case ) temperature of 31deg Celsius , the room temperature being 21deg C .
Now there are some really good user guides on youtube , which means I don't have to do one for you .

The only thing I will do is describe how I get the cam to work as a dash camera .
1) To record @ 1080 with USB power : I start up the cam , select 1080 recording and start recording . With the cam running I connect the USB power source and the cam will now record at 1080 whilst powered by USB . If you turn the cam off , it will record at 720 on restart .
2) Plug in the USB power and go : Recording will start automatically at 720 .

Motion Detect :
I really love the motion detect mode , especially when the cam will run so powered by USB . Last night I set up the SQ12 to run motion detect while connected to a PowerBank via the USB cable . In my first attempt the cam turned off , but in my second attempt the cam ran all night long and into the morning when I turned it off and checked the video recorded . Depending on the movement ( amount off ) recording seems to be around 1 minute to a minute and a half . The SQ12 is not superfast on the startup ( start recording ) , but start recoding it does . I had the cam pointed at the bedroom door so anyone walking past would trigger the recording and that's what the SQ12 did . It's a rather narrow door so often did not record who triggered the recording .
The process I go through to get the SQ12 to work with the PowerBank is : I turn on the SQ12 , start the motion detect function and then connect USB power . This seems to do the trick . Current draw is in the same 0.1A to 0.2A region with the charge doctor usually showing around 0.13A . Now you can set motion detect to record at 1080 : Just start up the SQ12 as per usual , set it to 1080 , then start motion detect and connect your USB power source . So as long as the cam does not power down , you should be recording at 1080 .
Focus :
The one variable that is very much a matter of pot luck with most budget cams is the focus . Is the camera focused correctly ? or is it near focused or completely out of whack ?

Sample video :
Yeah ! , if the focus was more toward infinity . I could be really impressed , unfortunately as mentioned and sampled , the cam is some what hampered by its close focused lens . I will see about correcting this ( if possible ) , but it will take some time to get back to the SQ12 as other products need testing review .


Conclusion :
Are we really ready to draw a conclusion ?
What I don't like - Not just a SQ12 problem , but with a lot of cams ( Action - Dash ) suffer out of focus from the factory . This is something I have experienced quite a lot over the last few years having used Dashcams and action cams . Thankfully action cams are relatively easy to correct focus on as long as the video quality is average or better . Not really sure I want to open the SQ12 on account its so small , but I may try the old drill trick where by you drill some holes on the outer edge of the cams lens so that you can slip in some pliers to twist the lens ( re focus ) . Defaults to 720 when used like a dash camera . 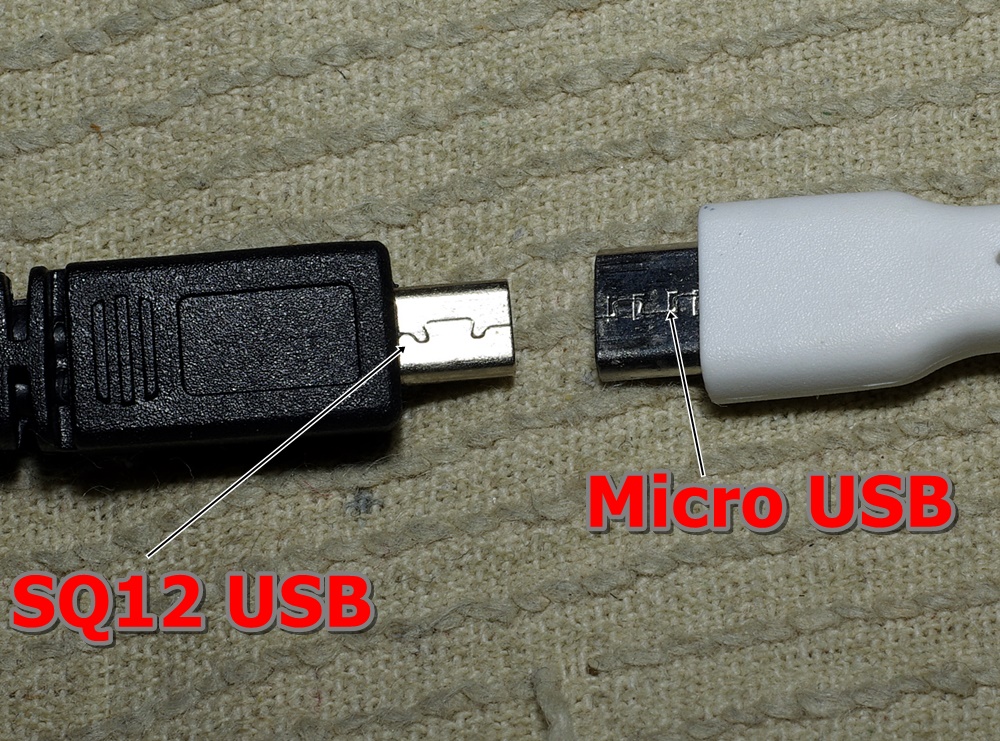 What I do like - Without a USB power source I got a very easy 30 minute run from the SQ12 when I went walking . Motion detect - I really like the fact that motion detect works and works well , I also like the fact it works with a USB power source connected to the cam . ( I really like that ) Dash Cam - I really like that the SQ12 works as a dash cam . 5 Minute recording - It's a huge plus that the SQ12 records in 5 minute segments . Over write - This is a massive plus , rather than stopping when the card is full , the SQ12 over writes the older files . Audio - The audio is average , but when you take into consideration the size of the SQ12 . The audio is acceptable . Uses - When you consider how small the SQ12 is and all the places you can shoe horn it , as well the 30 minutes + run time . Your imagination would be the limiting factor for how you use the SQ12 . 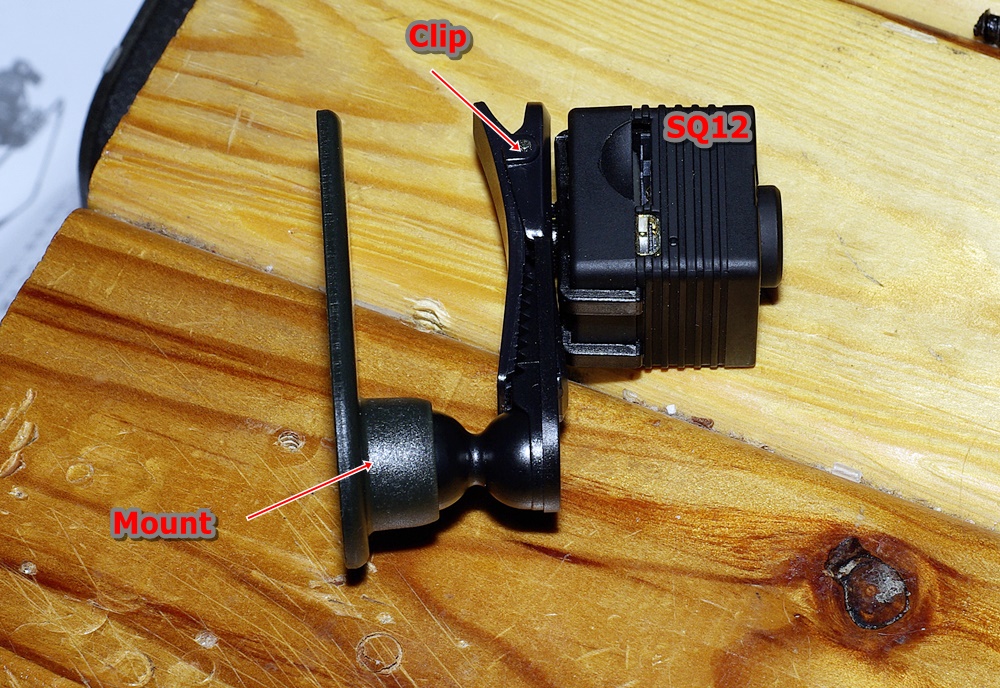 I like the clip that attaches to the SQ12 , it simply makes the SQ12 so easy to attach to things like a jumper or shirt . I even thought about clipping them to my sunglasses for when I go for a walk , that way the camera sees what I see . Also you get a neat little mount ( screw it - glue it - double sided tape it ) which has 2 holes for screwing it to something or just 3M it or something . The USB cable is proprietary , so might be tricky to replace if lost or damaged .
Over all the SQ12 has impressed and I would have been a lot more impressed if the lens had been properly focused at the factory . With focus really sharp around 15 centimeters , it would have been so much better for general use if the focus point had been set to 15 or 20 meters . I dare say that in the budget camera segment focus is a bit of a lottery and the next guy that buys a SQ12 might get one that's perfectly focused for infinity .
Taking price and the size of the SQ12 into consideration , the SQ12 has a lot to offer anyone looking to cam something . As a dashcam the SQ12 offers serious stealth capability with average video quality , it's small size offers the ability to put the cam into places that actions cams simply can not go . It's not perfect , but at the same time it makes other cams in the same price bracket look absolutely hopeless . I will revisit the focus at a latter time , but for now , as tested ...
I am really torn between a 7 or 8 out of ten , so I will split the difference ( 7.5 out of 10 ) , keeping size and price point in mind . ( Not forgetting just how useful this little cam can be ) . 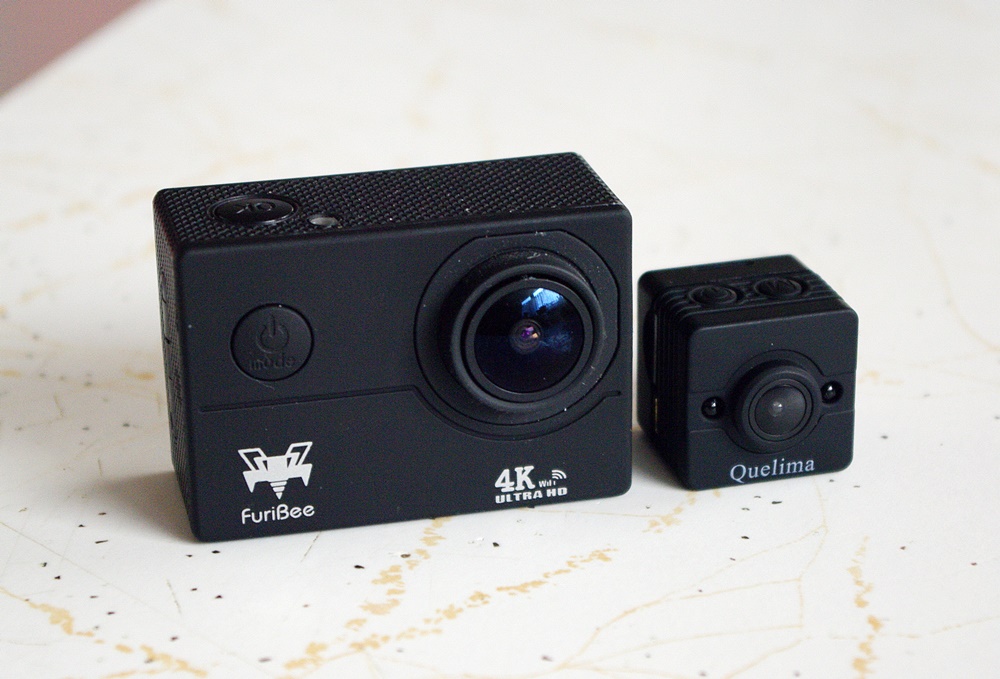 Thanks for the review, whats the max recording time is just running off the battery?
OP

I have run the cam for 30 minutes ( recording video ) .. And I was the one to stop the recording .
So must be somewhere North of 30 minutes . ( For a camera this small - 30 minutes + is rather good )
I have had other cameras over the years that did 10 to 20 minutes .
I just took the A3s for a walk , so will probably be posting a Quelima A3s review this week ( I hope - that's the plan )
OP 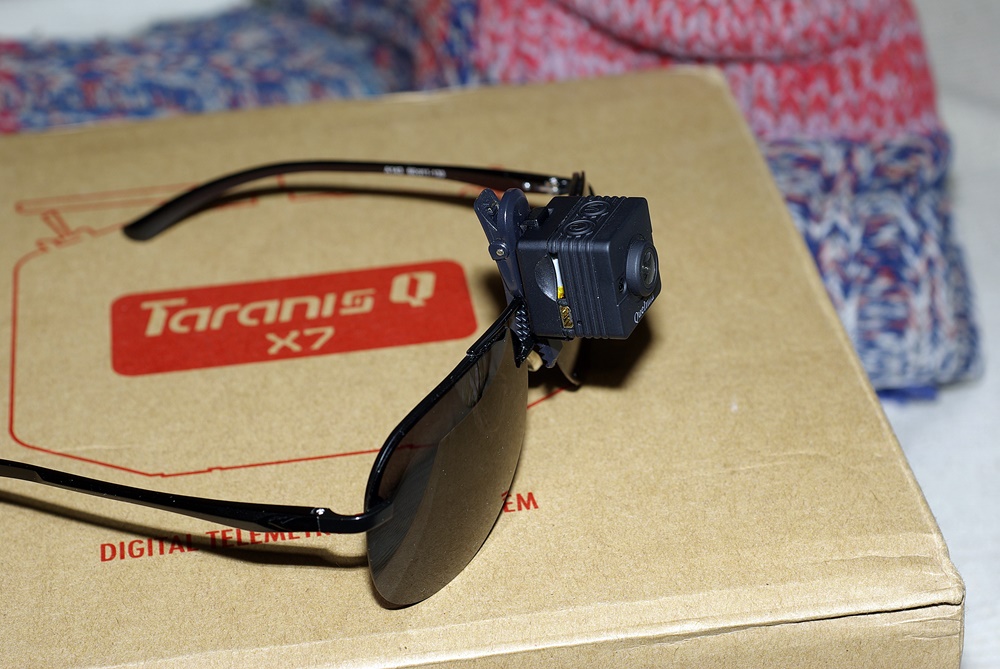 I went for another walk ..
This time I ran the cam for 35 minutes and stopped it myself .
Looks like I need to take a longer walk .
Will post some video as time permits
OP

Only $12 for the next 3 days- a decent 32GB card would cost more than the cam Not the greatest cam but at that price it couldn't be, and it would be better than no cam at all if it lasted half a year or more. Amazing what can be had in such a small size at these prices compared to what could be had ten years ago

Keep Forgetting ! ( Darn it )
You can use this for a Web Cam .. You just need the right software ...
I downloaded :
IP Camera Viewer 4
Debut Video Capture

Both work well and are free .. Ordered a longer USB cable ..
Might try this out as a security cam , hooked up to my computer . Since I spend enough time in front of the puter anyhow .
A cam attached will allow me to monitor whats happening outside .. ( Bit of fun )
K

the way im reading this is that it automatically starts recording when you give it power?

but when i try it doesnt appear to do anything?

kan said:
the way im reading this is that it automatically starts recording when you give it power?

but when i try it doesnt appear to do anything?
Click to expand...

what power supply are you using?
K

jokiin said:
what power supply are you using?
Click to expand...

i was just testing one in the house for now to see if it works, have not taken it out to the car, using the stock cable it came with.

using a 5v 2a charger for now in the house.

check with the included power cable for the car, the other cable might be data enabled
K

jokiin said:
check with the included power cable for the car, the other cable might be data enabled
Click to expand...

looks like i had a bad format on my SD, reformatted it and it works.
C

Hello everyone. I purchased, via AliExpress, a video camera identified as SQ12 but without a brand. I have already tried to reset several times, charged battery, 2GB card. If I record for example 8-10 minutes I find only a file of about 2 minutes. If I record within 5 minutes the video file is complete. It basically erases the previous files on the card if they are more than 5 minutes. Is there any setting I don't know? Besides, it doesn't work in HD but only 720p. Only the photo mode works and the images are all there. Of course it costs little but it is worth less. Thank you all!

Thanks for your prompt reply. I will try with a new card. But the non-HD issue?