I bought a couple of C3 units recently when they were on sale at Gearbest. These are for my Triumph Trophy motorcycle. I had a lot of problems with one of the units - sometimes it would work, often it wouldn't, and connecting it to the PC was very problematical, only working on about 1 in 10 attempts. I eventually suspected the USB connector, as wiggling it would sometimes get it to connect, but eventually it stopped responding completely.

I could have returned it, but I didn't want the hassle, and decided that the connector was not really up to the job anyway, so I removed it and connected up a full size USB plug on a flying lead. This currently only connects the the 0V and +5V wires as the data connection copper traces were damaged in removing the connector. I have also removed half of each end plate so as to allow some air circulation through the case, which has had the added bonus of making it much easier to insert/remove the memory card.

I'm not interested in being able to get video/mic connections, but it might be useful to connect up the USB data wires at some point if I can find a point further on in the circuitry where I can solder the wires - if anyone has a circuit diagram and/or circuit board layout diagram and can point me in the right direction I would be grateful. In the meantime the unit now seems to be working reliably for the first time, and I can load config file or firmware onto the card via a card reader if necessary, so the data connections aren't essential. 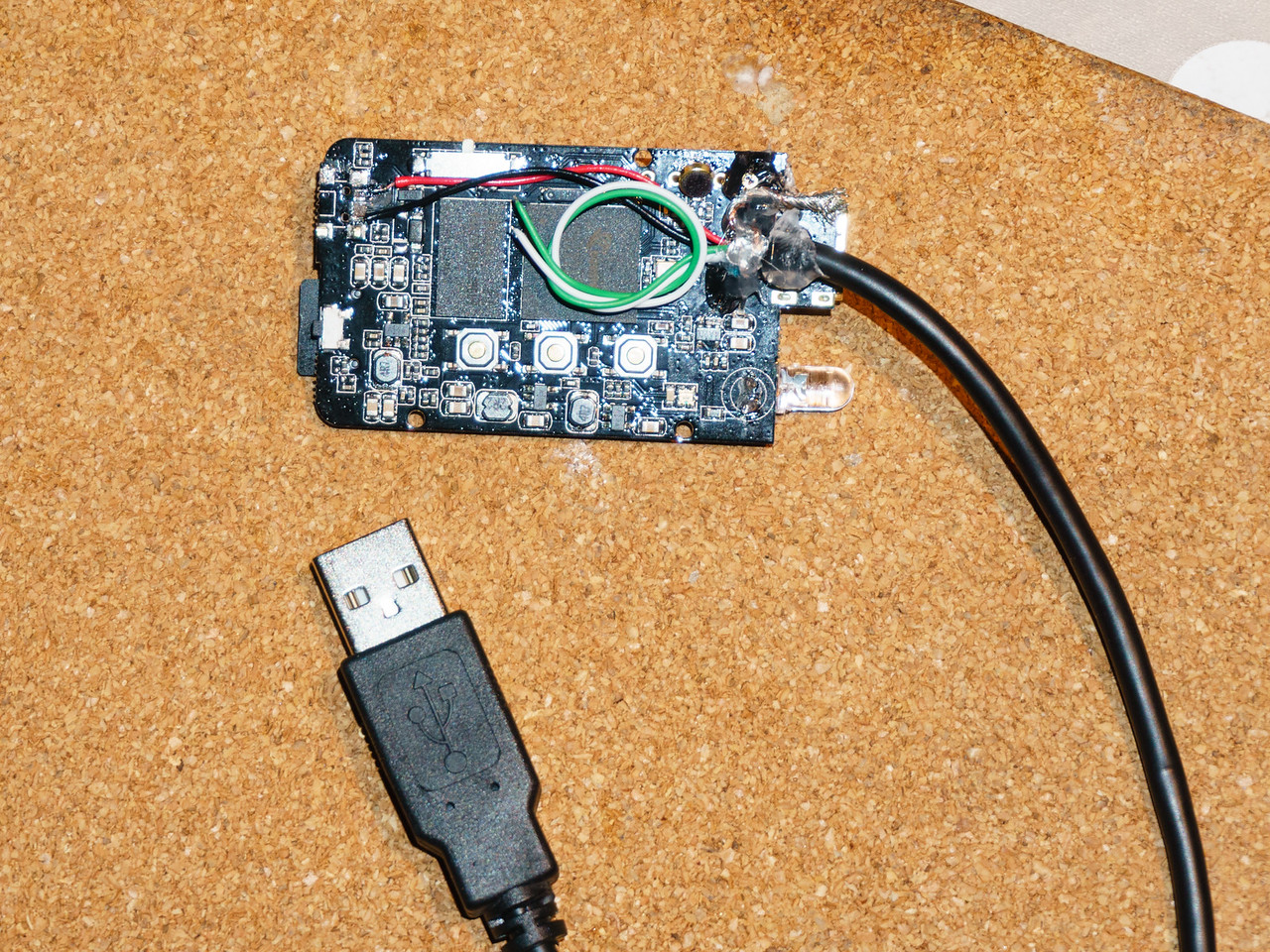