Both the Mobius Maxi and GitUp F1 are matchbox-sized action cameras which have modes and features that make them suitable for dashcam use.

Mounts
Not supplied as standard. Both cameras have slide-in cradles with a removable 1/4" tripod socket, which allow them to be mounted upside-down from a windscreen mount.

Firmware
Both cameras have received firmware updates since being released for sale, typically addressing Image Quality issues and adding some functionality. FW development is ongoing with both cameras.
On the F1 I am currently running MOD1.5+Sharp TEST firmware developed by @Falsificator
On the Maxi I am running FW v2.04, which for the purpose of this comparison is identical to the current release v1.90
Last edited: Oct 19, 2018 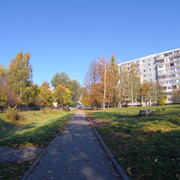 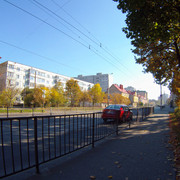 Falsificator said:
Why don't you install this firmware on F1?
https://dashcamtalk.com/forum/threads/f1-firmware.31818/post-435513
Click to expand...

well it is fair to test with factory firmware, but it would be a big a shame to ignore the good work of @Falsificator
OP

kamkar1 said:
well it is fair to test with factory firmware, but it would be a big a shame to ignore the good work of @Falsificator
Click to expand...

I was already using his FW, but not the very latest version
OP

As expected, both cameras perform well with a good amount of sunlight. The wider FOV of the F1 is useful at junctions to pick up action in adjacent lanes. The F1 video looks more natural than the Maxi and has a wider exposure range. The Maxi video looks over-sharpened by comparison. 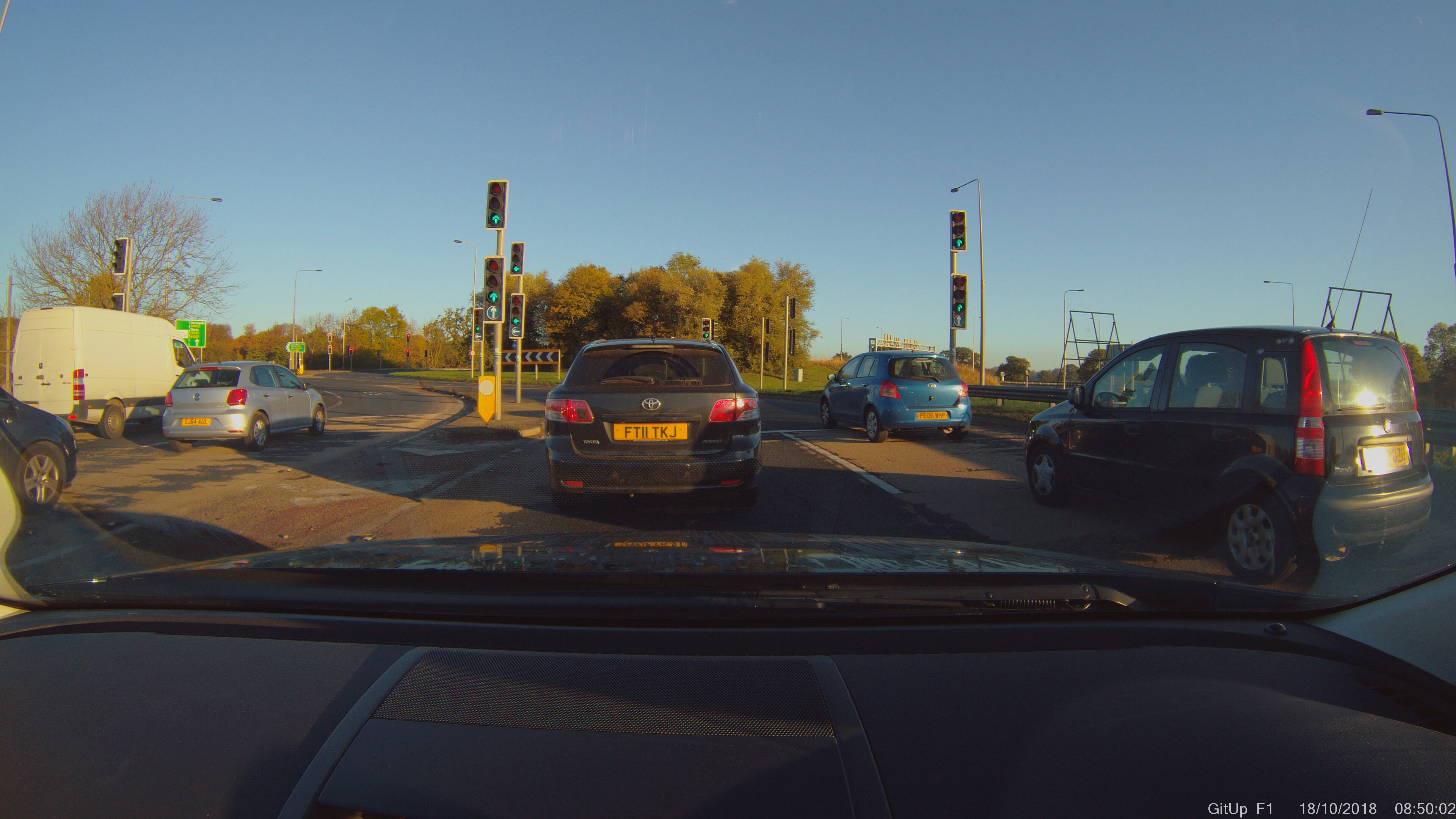 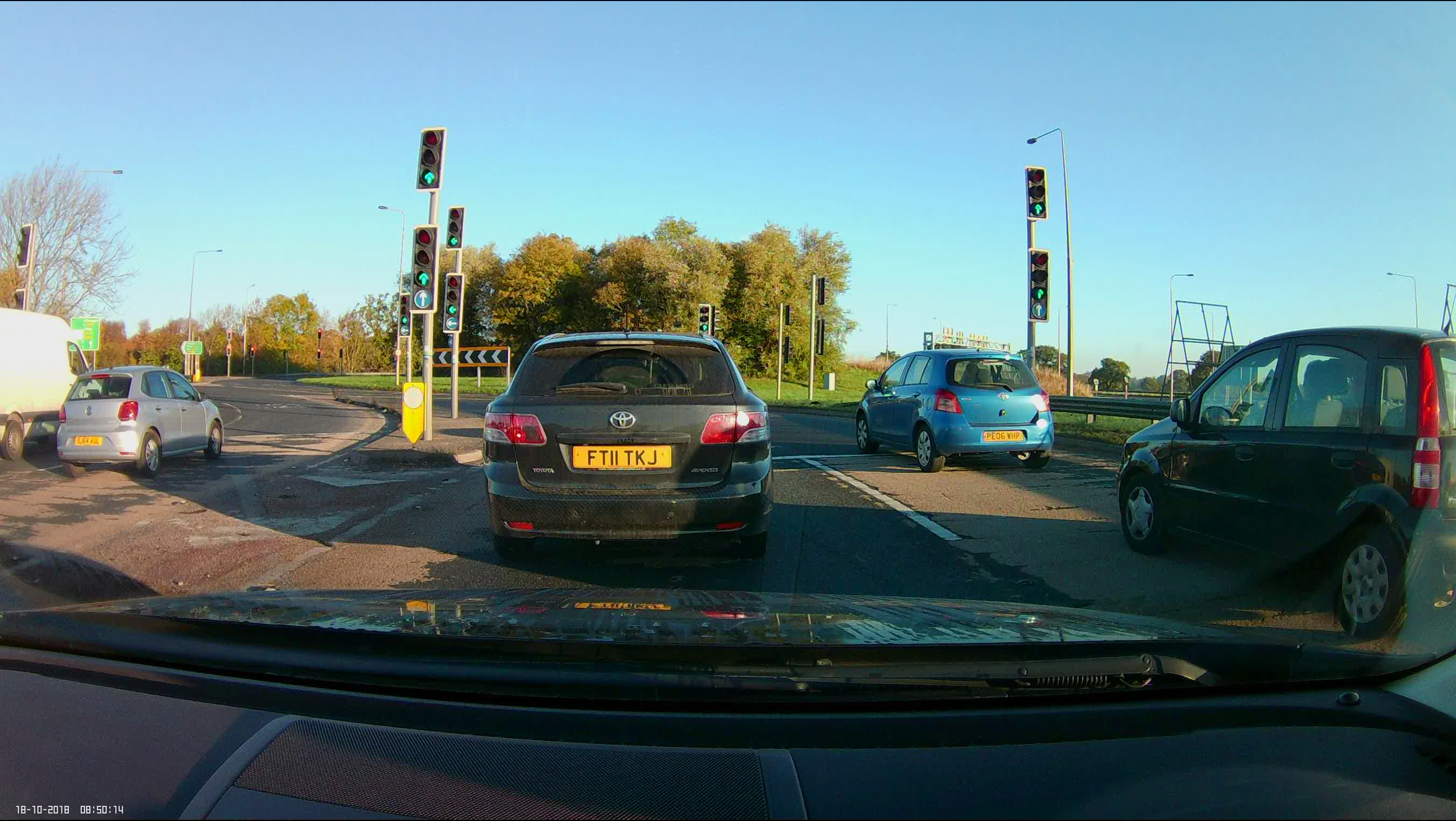 Driving slowly through town with bright sunlight and high contrast, the F1 again delivers a more natural representation of the scene. The F1 also shows finer detail whereas the Maxi has over-sharpening artefacts. 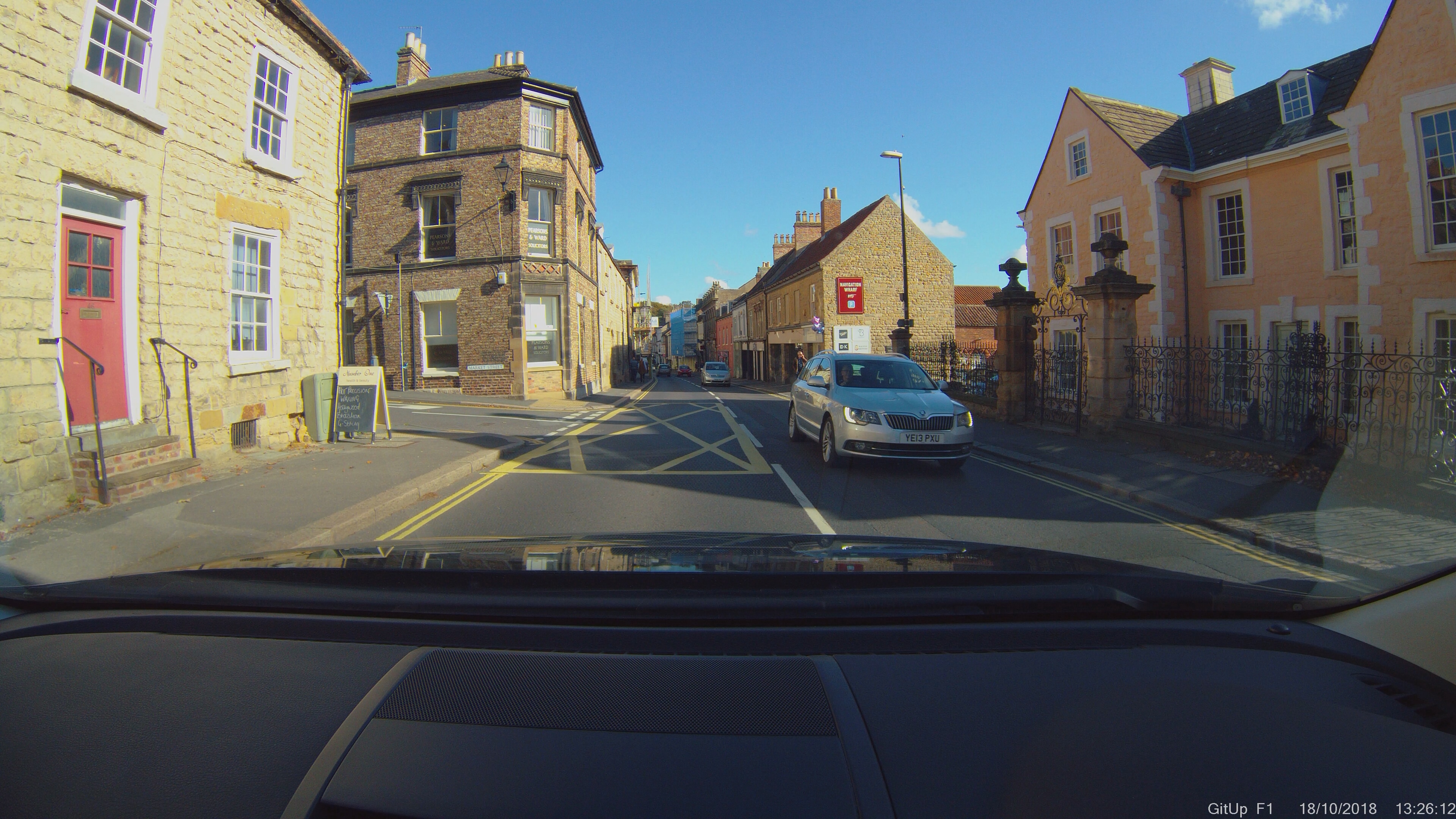 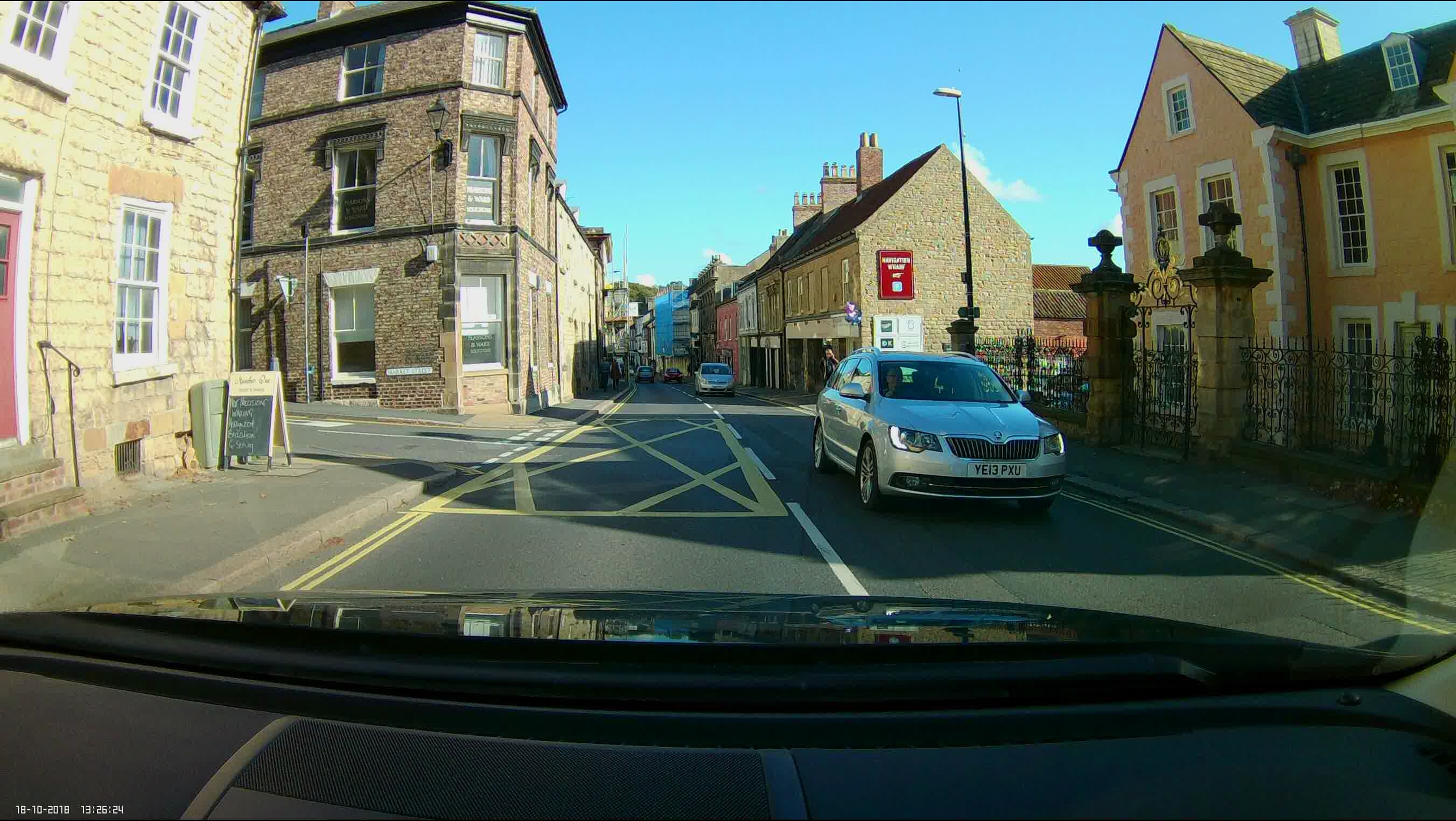 Driving at higher speed along country roads, the F1 starts to show motion blur even with bright sunlight, perhaps due to the relatively slow F2.8 aperture lens. Whereas the high-gain high-sharpening approach of the Maxi allows much faster exposures which result in far less motion blur. The high bitrate of both cameras retains detail where other cameras struggle with so many trees and shadows.

YouTube is not an ideal platform to judge the image quality of these videos due to the high bitrate required to display these scenes effectively. The sample frames below are better for assessing the video quality. 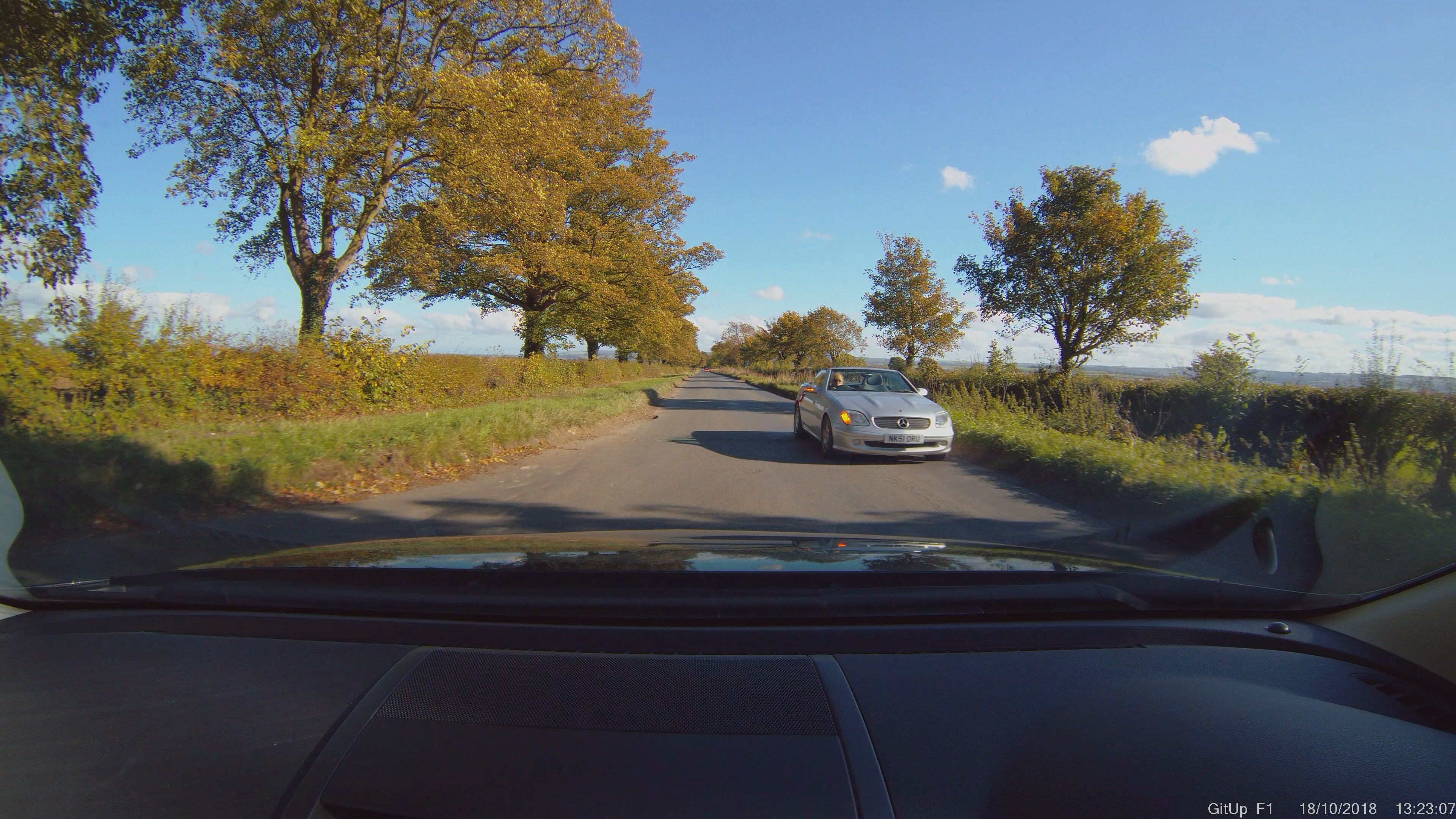 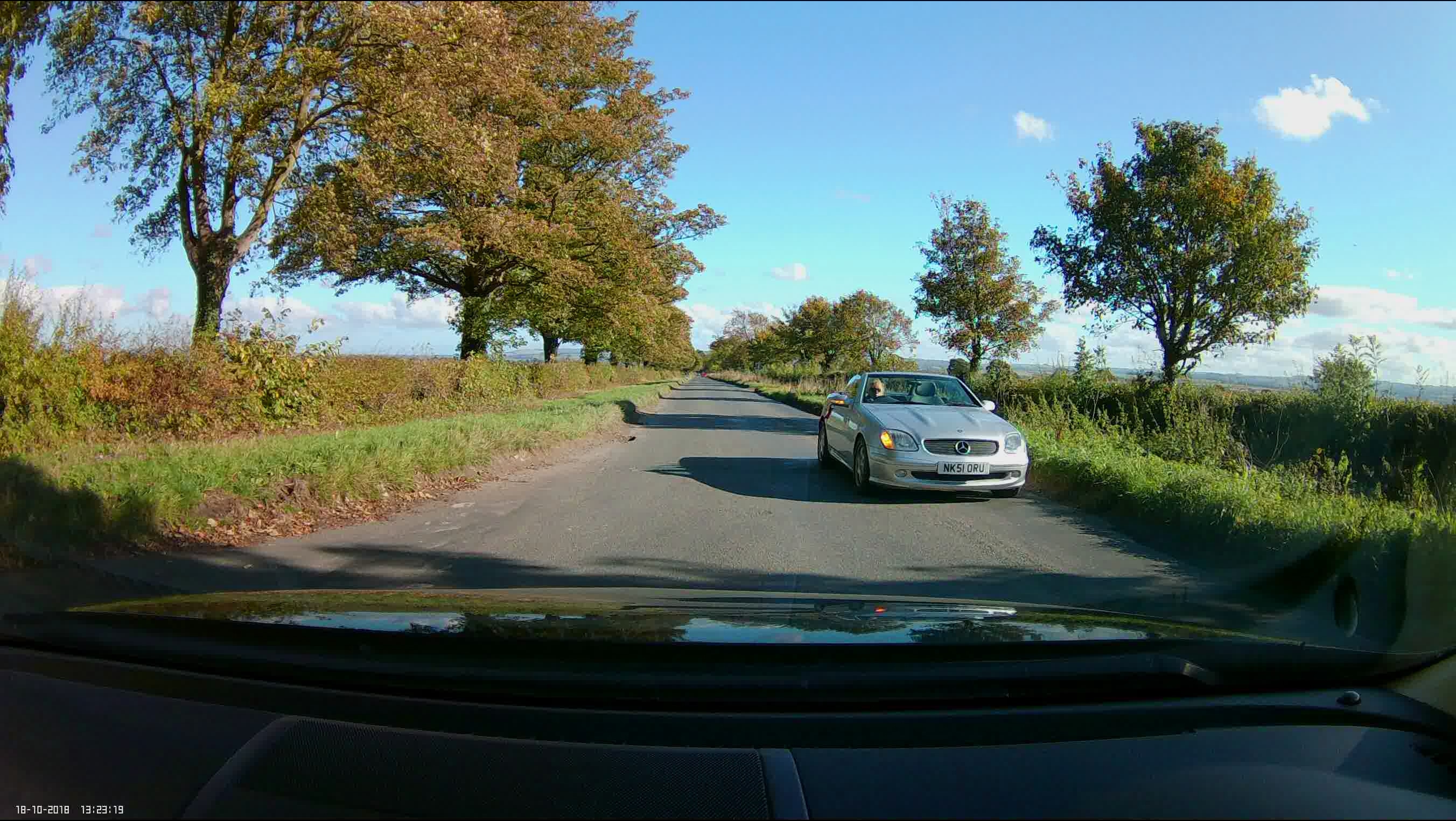 On another car passing at speed, motion blur is much more evident in the F1 than the Maxi, to the extent that the number plate is blurred beyond recognition whilst the Maxi remains fairly sharp. In this example I have used the best detail frame from each camera, so the passing car in the Maxi frame is closer than on the F1. The F1 became even more blurred as the other car came closer. 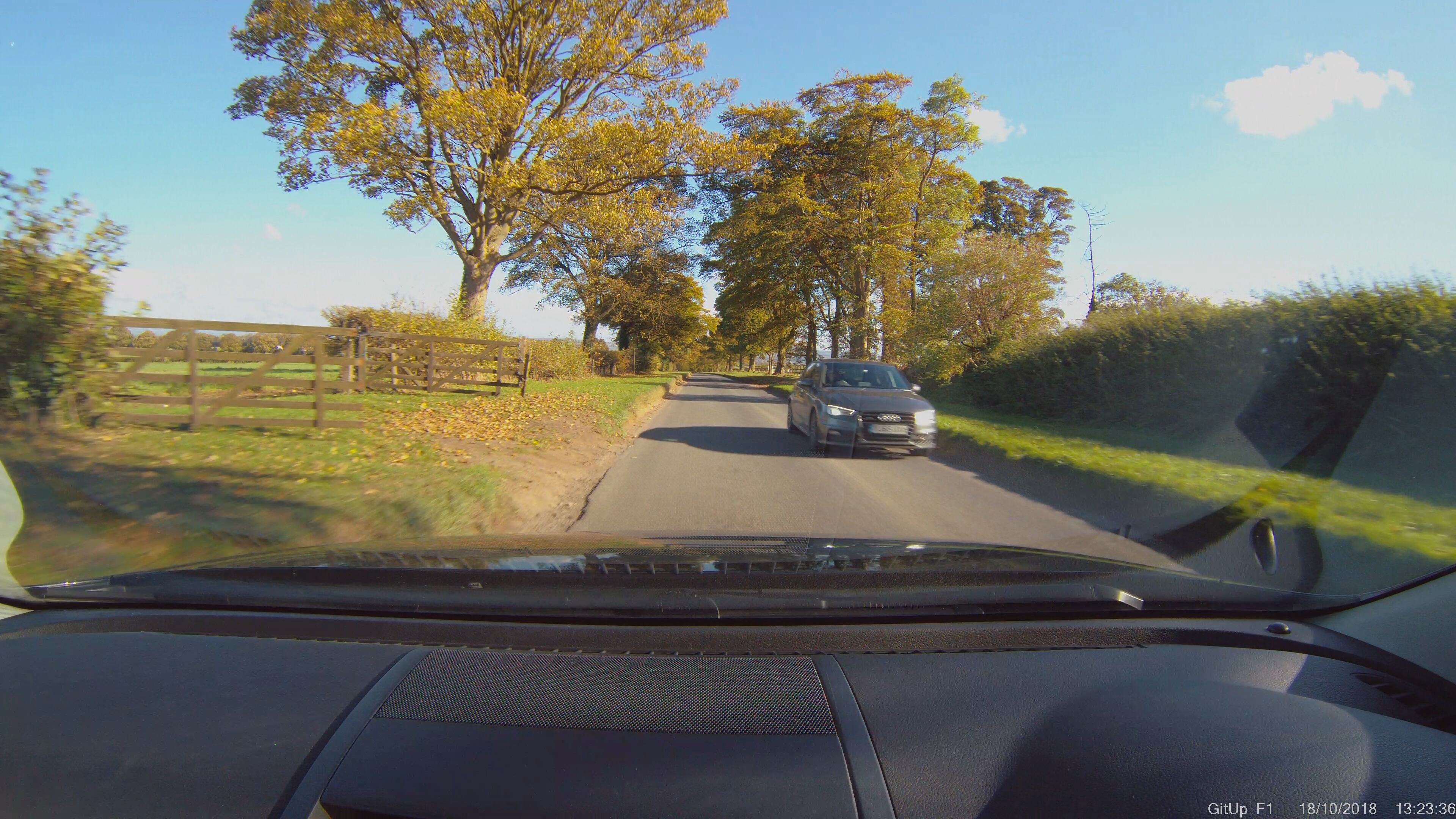 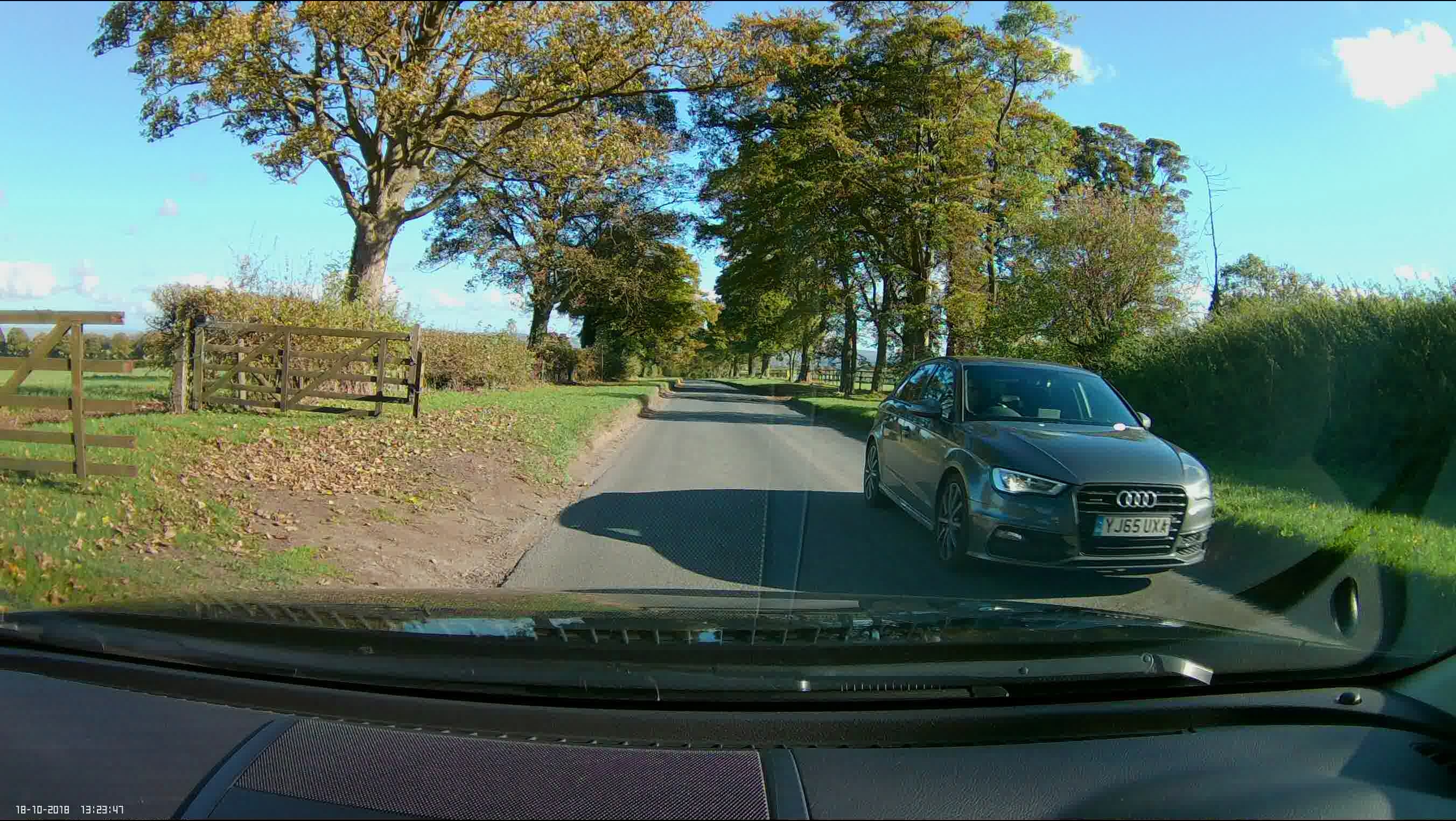 I hope to test the F1 again soon with a much faster lens which should help to reduce some of the motion blur observed during bright sunlight.
Last edited: Oct 19, 2018
OP

At night, the faster aperture lens and higher-gain approach of the Maxi results in a much brighter video with less motion blur. The changes made by @Falsificator in the modified firmware show a big improvement on low light noise and fine detail. 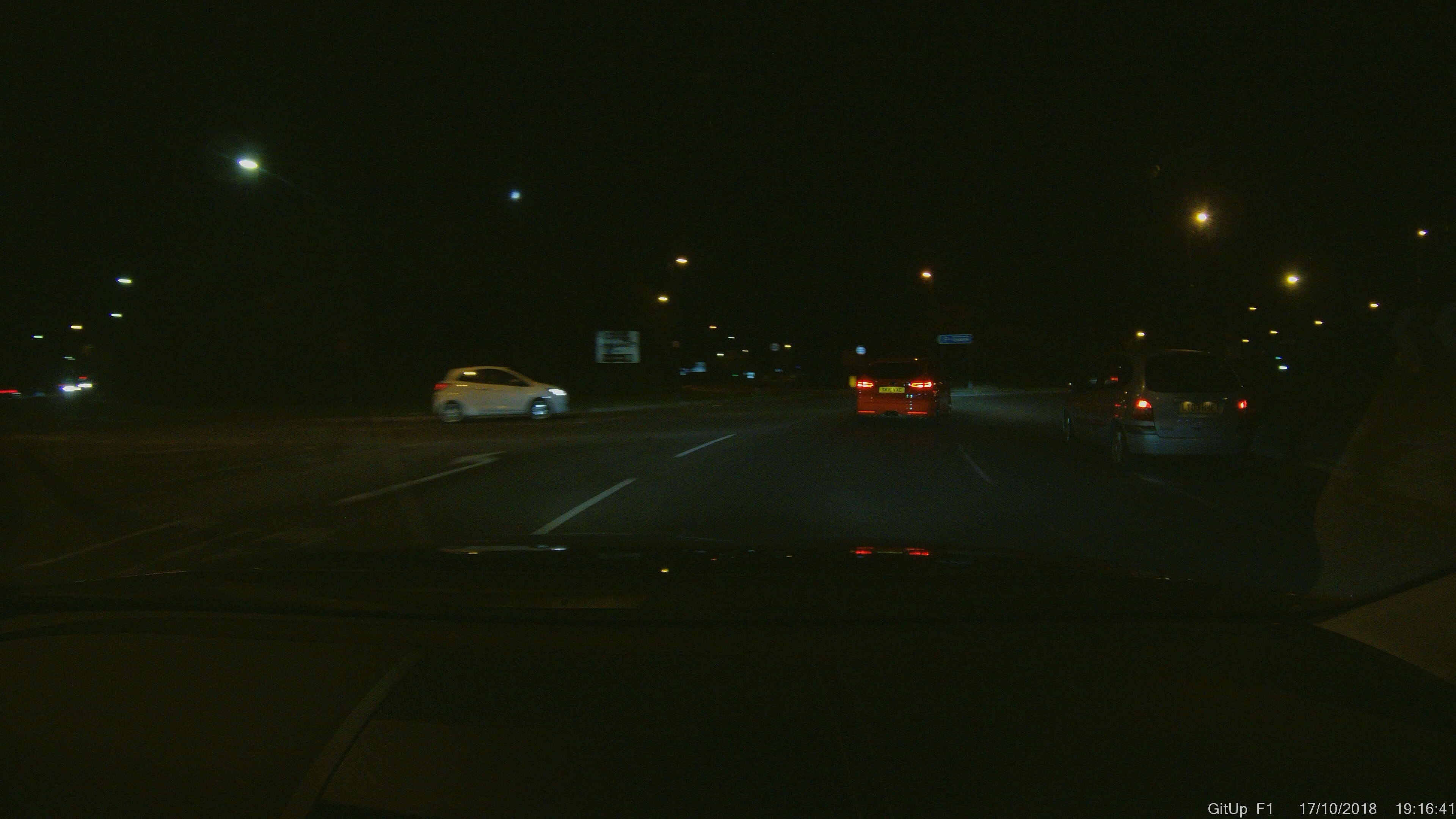 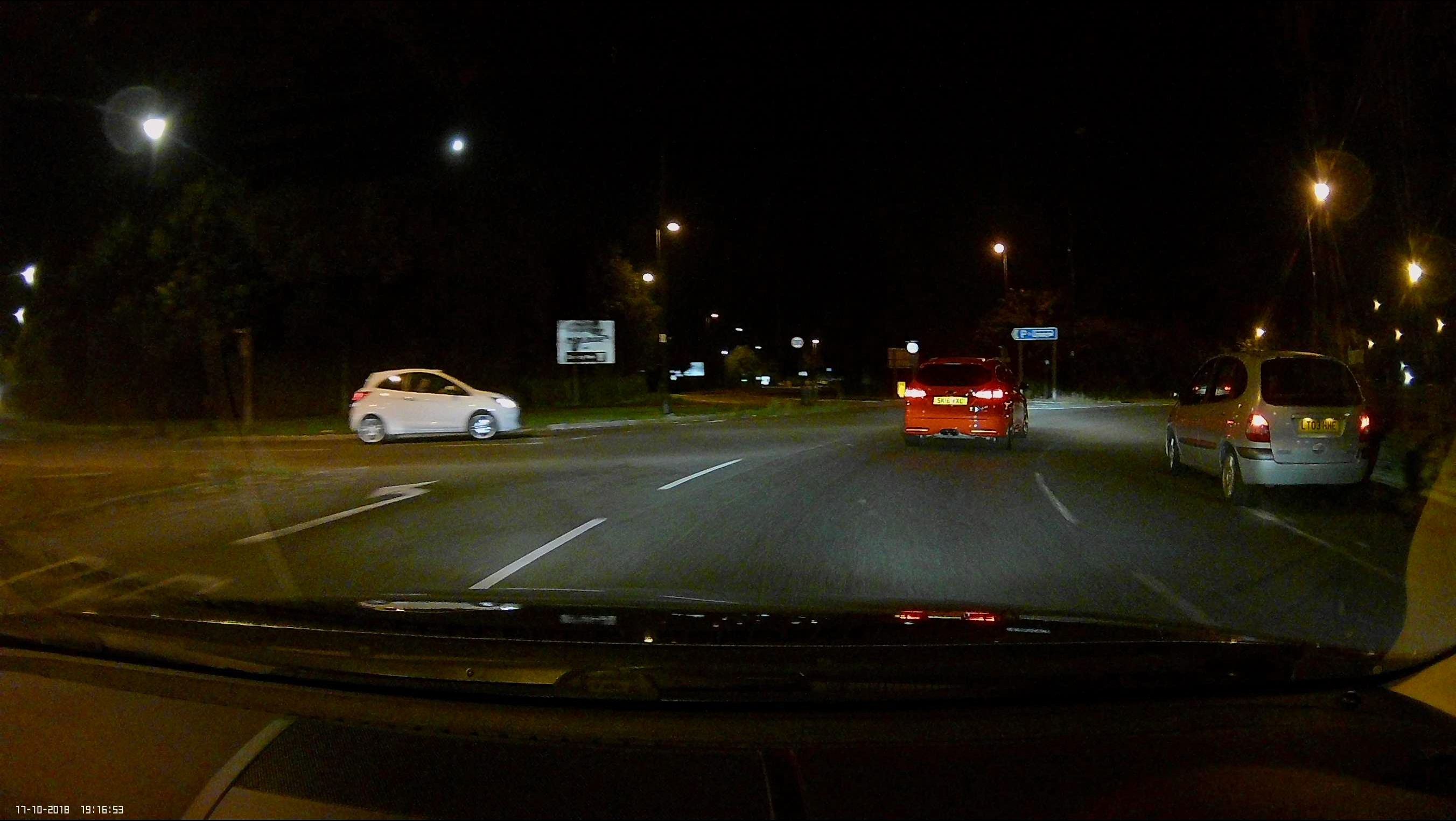 Driving in the city at night, again the Maxi shows a far brighter overall scene with less blur that is much better at capturing pedestrians and cyclists as well as other cars. The F1 video has good detail and very low noise, but fails to capture enough light in poorly lit areas. 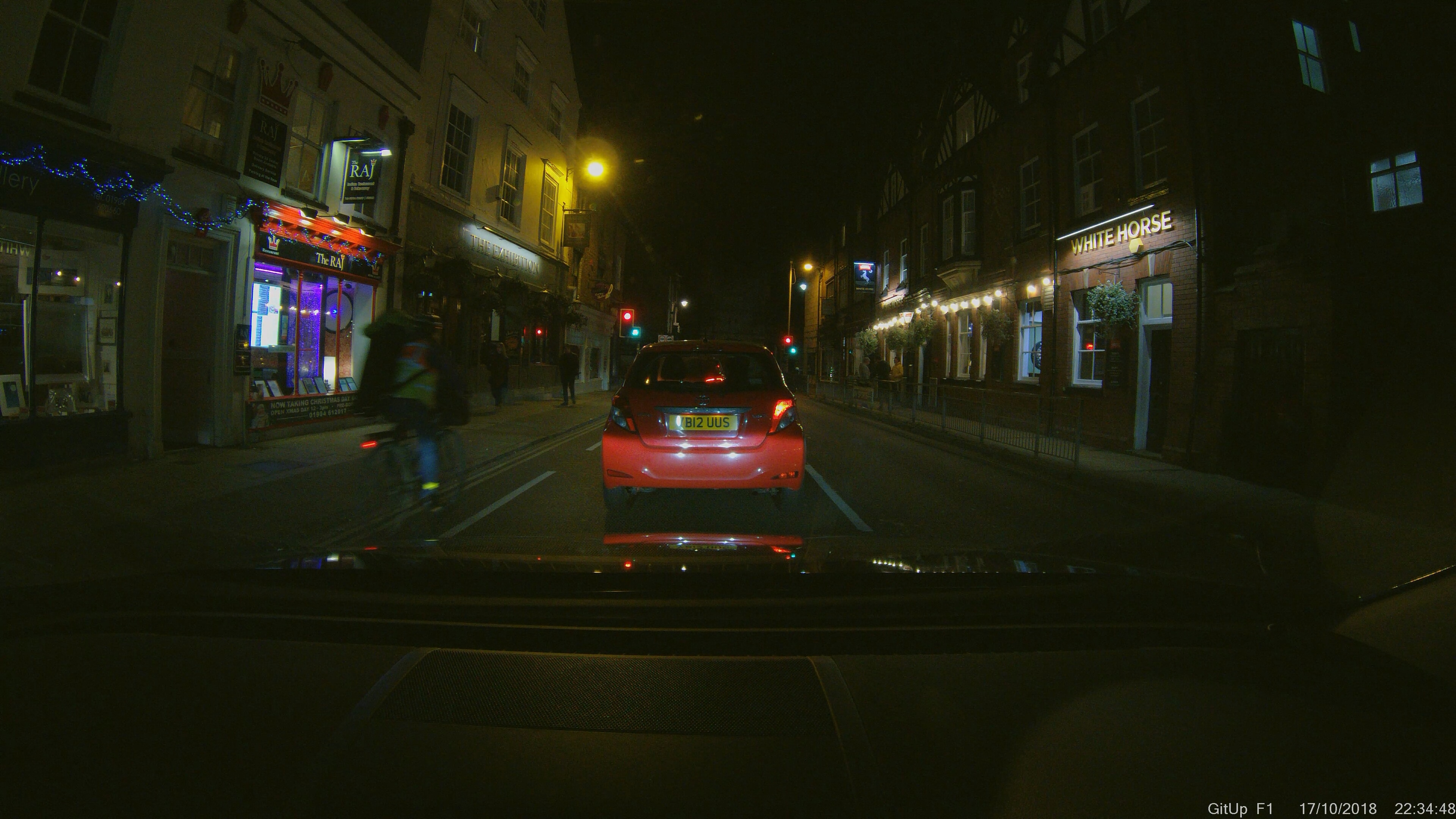 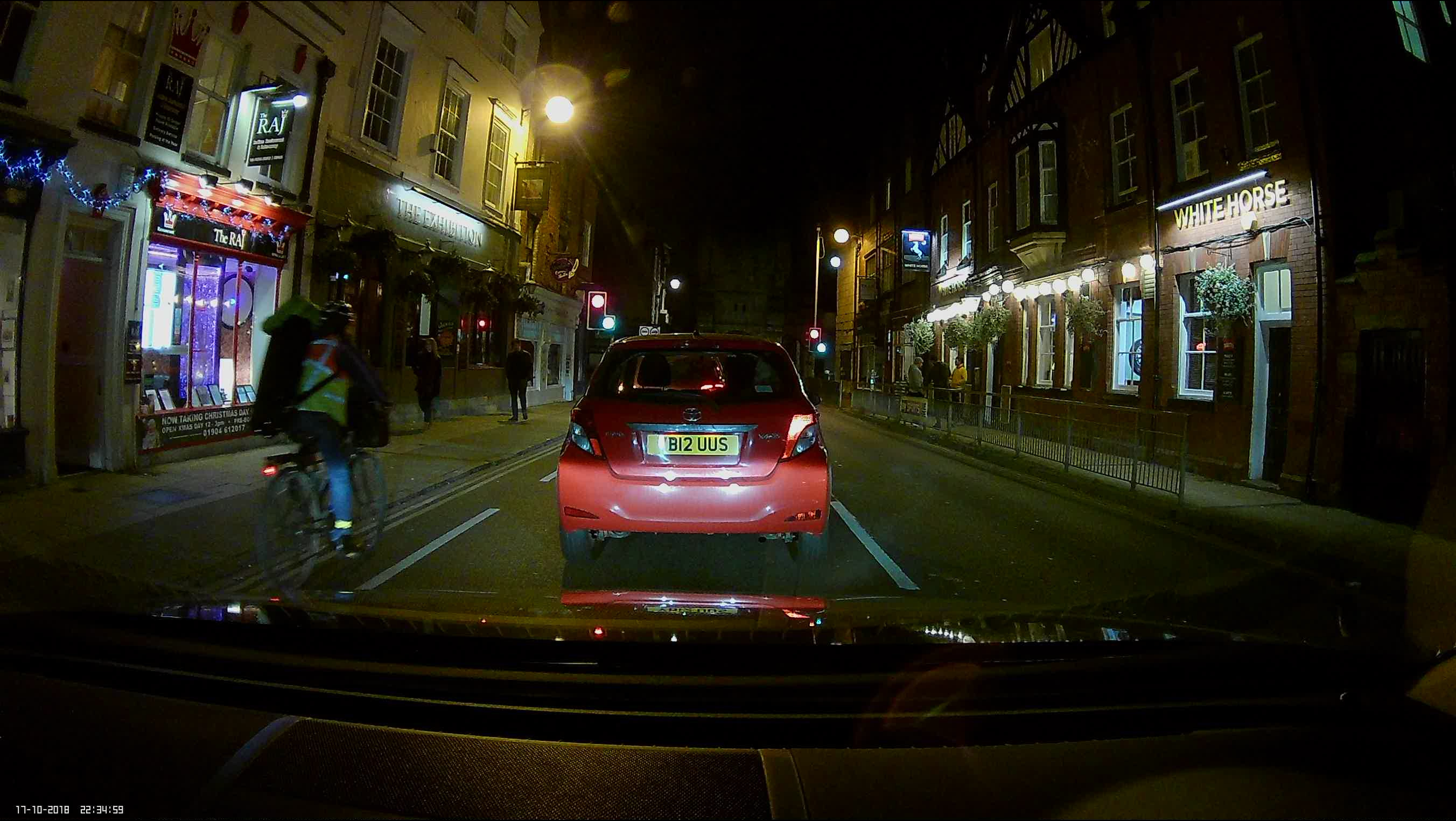 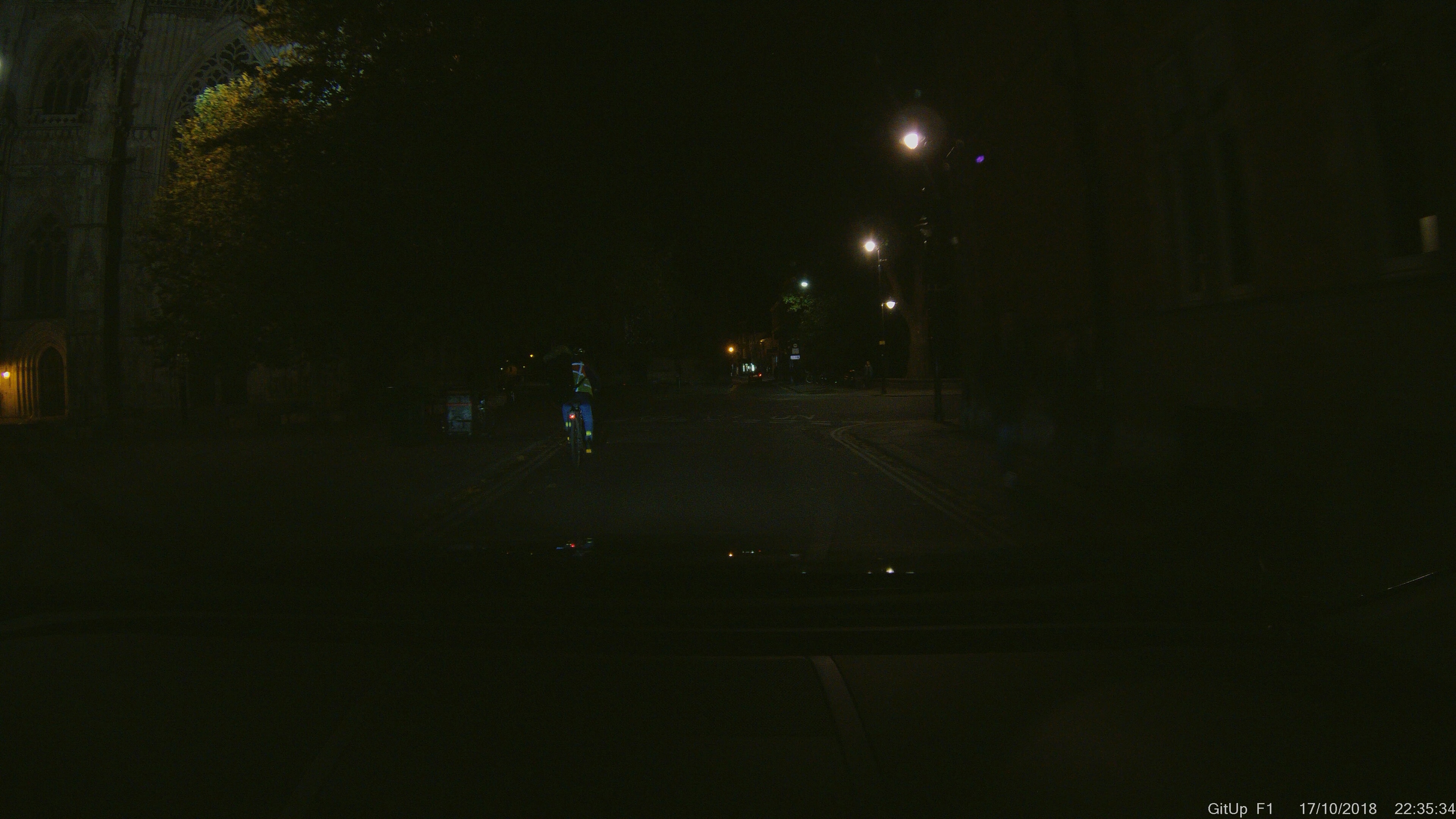 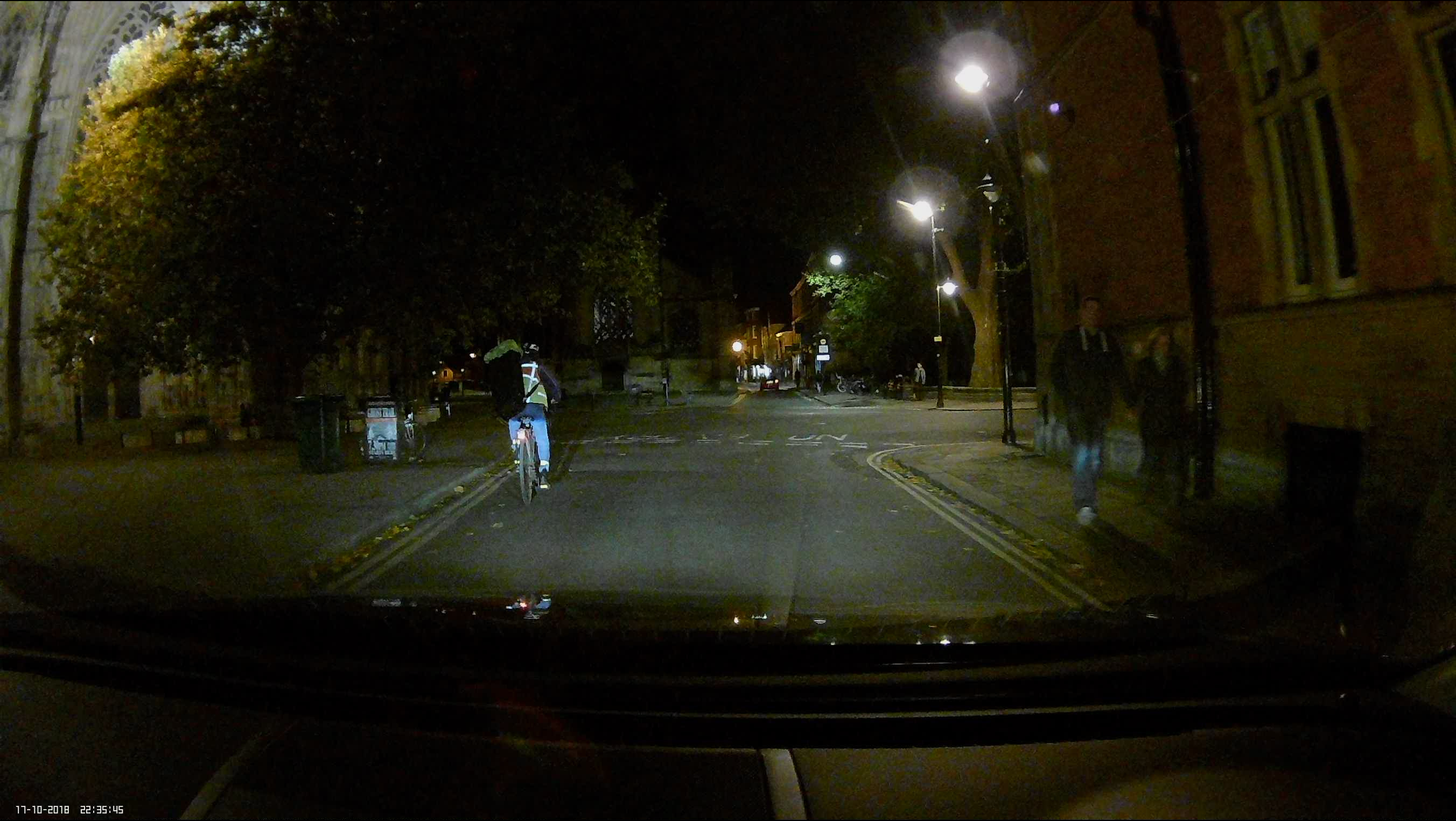 What kind of metering was / are you using on that daytime blurred plate on the oncoming car ? seem strange the F1 would not do better in those conditions.
OP

kamkar1 said:
What kind of metering was / are you using on that daytime blurred plate on the oncoming car ? seem strange the F1 would not do better in those conditions.
Click to expand...

Would the F1 90 degrees "Zoom in" closer the then the 160 degrees cam?
thanks
OP

The 90deg lens is F2.5, rather than the F2.8 aperture of the 160deg lens, so that should shorten exposure times a little.

Motion blur on passing vehicles should appear less obvious with a 90deg lens, since the other cars are moving more towards or away from the camera, whereas with the 160deg wide angle view close up cars are passing more across the view. On the other hand, any objects passing across the view will move further across the more zoomed in FOV of the 90deg lens.

For everyday use with a standalone camera, I think 90deg is too close.
OP

kamkar1 said:
seem strange the F1 would not do better in those conditions.
Click to expand...

I would estimate the closing speed was at least 120mph. My A129 struggles at those speeds too.

Why different metering in a comparison test?

Matt_V939 said:
Why different metering in a comparison test?

I usually leave my Maxi on multi spot as that's the default setting. The F1 does not have multi spot.