Where can i get a genuine kingston card from??

im in the market for a Kingston 64GB micro SD card, anyone know where I can get one of these GENUINE without paying top dollar?? somewhere that delivers to Australia.

I just found out that my Kingston 8G micro SD had died, don't know for how long. I rotate between Kingston and Sandisk & Toshiba. Several years ago, my Kingston SSD also died after a very short use. A couple moths ago, I almost pick another KS SSD because of low price and the sale person told me that those are junk !. I have lost confidence in Kingston.
OP

managed to get one locally for $34, supposed to be genuine, will check when I get it later this week.

My kingston SD cards is from a B&M store, and they have been working fine in different hardware.
My RAM in the computer is Corsair, and my SSD is a OCZ, just had one of my 8 GB RAM modules die, but the other 3 work fine.

My worst experience with memory was the 32 Gb lexar Sd card who died before it had been thru 1 cycle, but the RMA on thet SD was a joy.
Allso the watercooled OCZ RAM i had in my computer before was a let down, the modules died 1 by 1, but other than that i have been using OCZ RAM for years in fairly overclocked computers without any problems.
Not super agressive overclocking, mostly on watercooling rigs, but i have been known to break out my fin tipped soldering iron and solder on motherbords and GFX cards to free more performance

I have used kingstol RAM in computers i have build for other ppl, and i have never heard of any of those die, and often it have been ther cheapest Value line.

I have this one - http://www.mymemory.co.uk/Micro-SDXC/Kingston/Kingston-64GB-Micro-SDXC-Card-Class-10-UHS-1 - in my Drift Ghost S camera (its fussy about cards) it works superb and is fast for read/write. 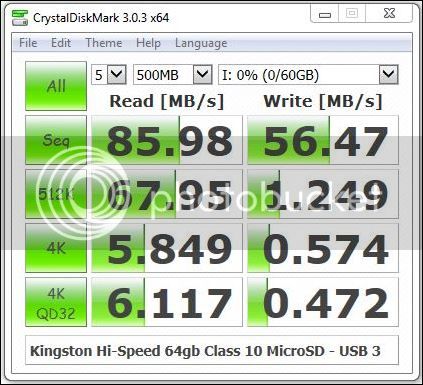