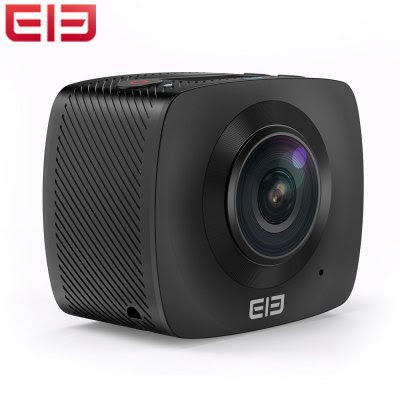 Introduction
360 degrees cameras are starting to take over the market, util recently not a lot of interest was given to this technology and it was mostly just a showcase. The main reason for that was the high cost as a filming had to be done with an array of multiple identical cameras. This was also a problem for R/C models as you could not reliable fly 6,8 or 10 GoPro's on an hobby quad or plane. The new concept that aided this hobby came from the new 360 degree cameras that have a bit different way of working. Instead of using multiple cameras that have a limited FOV (field of view), only two ultra wide lenses (220 degree) were used on two sensor chips placed in a single small housing, to obtain a 360 degree image. 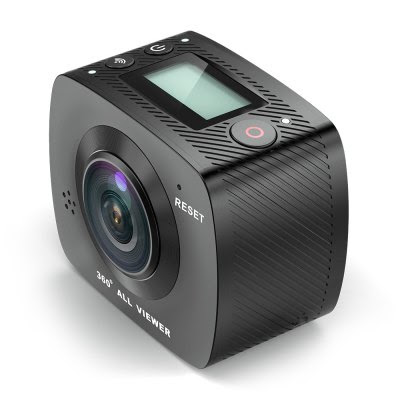 The product that this review is going to center on is the Elecam 360 made by Elephone. 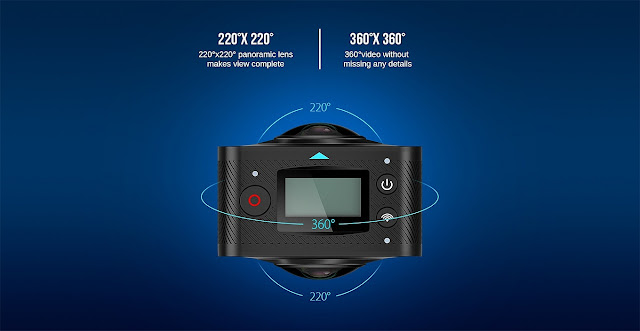 As you can see in the picture above the camera will have two overlapping FOV 220+220 degree in horizontal plane, while on vertical front and rear planes it has 360 degree FOV. The two image sensors will collaborate and generate a 1920 x 960 video at 30fps which will have a n aspect ratio of 2:1. The obtained video can be processed with various apps and the final result can be used as a VR media on mobile phone or as a pano-video that can be interactively controlled by the viewer.

The Elecam 360 comes with WiFi and a smartphone app is provided for control. The app is available for both major smartphone OS's meaning iOS and Android. Phisical conectivity is achived through a micro USB port. 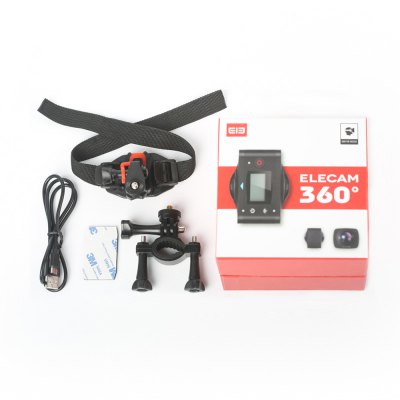 It this first part of the video review I'm going to show you all the product details, it's operation, menu, WiFi app overview and a short guide of how to edit 360 videos for uploading them on social media (using a free app).

360° video taken with the Elecam 360 from a mini 300mm Hexacopter.
It's interesting that YouTube messes the quality big time on this format. While in some cases the video looks like it's blurred out, that is not what is happening in the original edit. The Facebook version seems a bit sharper.