Finally some good news! Thanks for your feedback.

I wonder if one of these is of any use ?

I think the level at which it might be able to lower a cars cabin temperature in the sun are next to nothing, and also it do nothing for the cameras exposure to direct sunshine, which i suspect are a larger factor than cabin temperature.

How many CFM do it move ( Cubin Foot Minute )

I have no info on them .

A 80 mm fan as seen in computers ( this appear smaller ) will with around 2000 RPM move around 30 - 35 CFM, i guesstimate that the volume of a small car at least, but i think you have to do much more than that.
Driving in my little car that have no aircon on a hot day with the blower on full speed, well if its a hot day with upwards of 30 degrees i am quick to roll down the windows too.
And the car blower move a hell of a lot more air than 35 CFM.
A 60 mm fan, will probably spin at a whopping 4000 RPM and only move around 15 - 20 CFM

And both will probably be around 30 dba in noise level.

The 120 mm fans in my computer can spin up to 1300 RPM and up there move around 50 CFM, but they rarely spin up over 1000 RPM, cuz at full speed they generate 16 dba, and thats a bit much when you have 7 of those in the computer.
Idling i have a nice soothing hum from the computer 3 feet from me, but putting load on make them ramp up, but still to a level i can live with and for sure not hear at all if i put on my headset and use its lowest volume setting. ( no active noise dampening in my cheap headset )

kamkar1 said:
A 80 mm fan as seen in computers ( this appear smaller ) will with around 2000 RPM move around 30 - 35 CFM, i guesstimate that the volume of a small car at least, but i think you have to do much more than that.
Click to expand...

kamkar1 said:
Driving in my little car that have no aircon on a hot day with the blower on full speed,
Click to expand...

That is around 300 watts, that little solar fan is probably less than 1 watt!

In my PC i have 2 fans to push air thru radiator, on the other side but not directly in radiator i have 2 more fans, that pull air from behind the radiator ( closed compartment ) and then blow it across motherboard to make sure there are no standing hot air anywhere, and then i have one fan on the back to suck hot air out of the case + the PSU at the top do the same too.
The case can also take in a little air thru holes on the back side and the " thingies" that block of unused PCIe slots.

Thats all going to change though, have plans to change case and move up to 200 MM fans and both active and passive radiators.

Not quite like this, but along those lines, i would just have the top radiator passive and a pre- cooler to take a little heat before the water end at the front radiator where the active cooling will happen with the big / quiet fans. 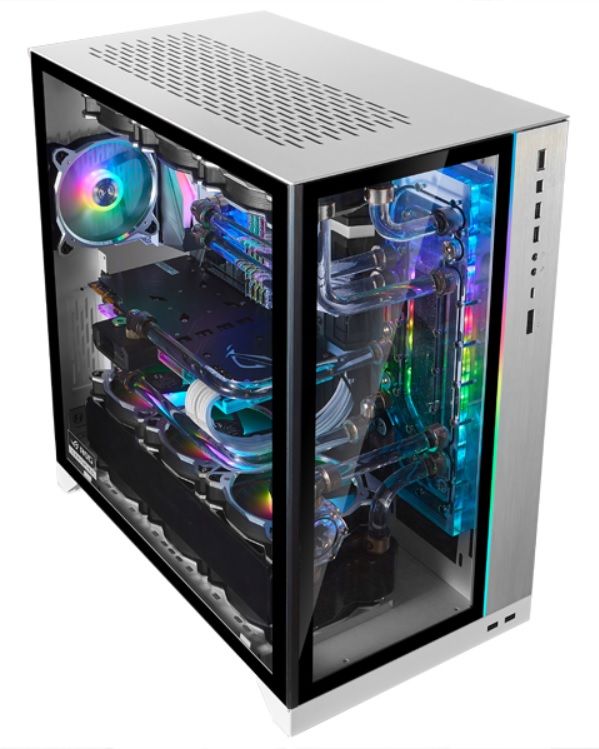 Lian Li and EKWB release a distribution plate for its OD11 and OD11 XL chassis for ease of watercooling installation.

Location
A Dutchy in the South of France

know610 said:
Just want to report back after the exchange of Q800Pro. Everything work as expected. Only time it cut off when outside is hella out compare to previous defective unit, it cut off at around 80ish. Got myself rear cam too. Cellink Neo did the job very well with both cam.
Click to expand...

Do you know why there would be a difference between the previous one and new one?

egonvdv said:
Do you know why there would be a difference between the previous one and new one?

((thinkware UK also told me to contact the seller in order to return or swap them))
Click to expand...

Based on testing from Seller, they concluded that the 2 units (2 Q800P) was defective. It shut off very fast. I guess I'm the unlucky one got both Q800P defective

Location
A Dutchy in the South of France