How should the perfect dash cam designed?

sludgeguts said:
Can someone (manufacturer) please jump in and tell us if any of our/my wild & whacky suggestions are even possible?
OK, I'm guessing most anything is possible - so what sort of budget could we be looking at?
Click to expand...

as I've said previously, collectively there's quite a lot that has been mentioned in this thread that is not only possible but is actually coming, a few ideas that are a bit out there but in future who knows, this is a rapidly changing category so I'd keep an open mind in regard to features, no harm in making a wish list as it might just trigger an idea, I know that we have features in our firmware and things planned in upcoming models that are a direct result of interactions in this and other forums


sludgeguts said:
And whilst we're all arguing about what we'd like, the manufacturers will only keep giving us what they already have.
Click to expand...

innovation for a lot of manufacturers means making a new design and putting the same components inside as all their other models, there are literally 100's of examples of this in the market right now
S

sludgeguts said:
...
Since the cameras only have one task, they have no need for buttons either (maybe a reset)- just a decent LED - not so bright as to glare during the night.
Click to expand...

The comment to the settings was referring to this statement. At least the basic functions must be done from the camera itself, not by a phone or any other third party controlling device, i.e. start/stop recording (a manual override of the system settings in .ini file), formatting.
Everyone prefers his own way of using, I will not use a third device for such tasks. Why should I? By the way: there a a lot of people not using a smartphone but a simpe cell phone instead. Any also I will not use a device as "brigdehead" for recording when the cam itself is able to do this.

Again, we will never find a cam which fits for all, there is no right and wrong way, there are a lot of options and I just told my preferred one .

I'm not suggesting the smartphone be the main component or 'bridgehead'.
The two cameras already have their own identities, just that an app on a phone would mean that all data is sync'd.
The cams already have auto start/stop.
My only reason for suggesting bluetooth and an app is to sync all data (so that gps logging on the phone tallies with the cam's dat/time), to add gps facility and monitoring capability (without increasing prices of the system) and to view/download files (at the roadside if needed - you could bluetooth this to police at the site of an accident as a witness or victim, rather than hand over your sd card there and then or worry about getting the info to them later).
The phone/app idea was simply to extend the capability of the system.

I agree that we will never find a cam that fits all - hence my suggesting a basic system that could be added to - a philosophy that seems to work very well for lego!

For standalone 4ch car DVR systems this would look nice and neat.
If only specs would be better and side cameras instead of mounting them outside on the door, but I would mount them inside the car door top edge, like I did with mine iCaro B4
By the way this DVR here uses same interface and remote control as iCaro B4. I wonder if manufacturer is the same ?

Just wanted to bump the thread.
Any news on our 'perfect' camera system yet? :lol:

Video quality above all is the most important, then GPS, then small size.
I

I would say video quality, small size and convenient mount, then gps

OPTIONAL
GPS (able to turn on coords, speed, or both)
Free memory card
App for smartphone
Icons in front of the buttons (to tell you what is what)
Battery, so it records a bit after you turn off the car or need to take the camera out of the car
Polarizing filter already on
Timestamp easy to read (similar to the green timestamp in knockoff K2000s)
Good quality control (looking at you DOD)

As technologies advances... I am disappointed that none of the Dashcam vendors meet my expectation and need.

A perfect Dashcam should have these:

You'll see something very much like you describe available soon, next few months or so
S

Kinda hoping a manufacturer would come in to let us know if they've got something coming to market soon.

I mean - something off the wishlist (remote dual cams, good vid quality, decent audio, maybe a few bells & whistles) & not some enormous lump of shiny plastic stuck to the screen to attract the villains / obscure the vision.

What you're asking for is coming, I'm sure of it

One thing I forgot to mention, is extra port for external mic to record the audio of the people talking in front of the car and dashcam to hear the dialogue exchanged. This gives proof to what was said for the purpose of protecting the victims from auto fraud and police injustice. An option to turn on external mic when the car is parked or going less than 10km/hr and off when moving or more than 10km/hr.

well, here is my idea:

it will be the best one ever made in the history of dashcam,
the only problem is it will be extremely expensive 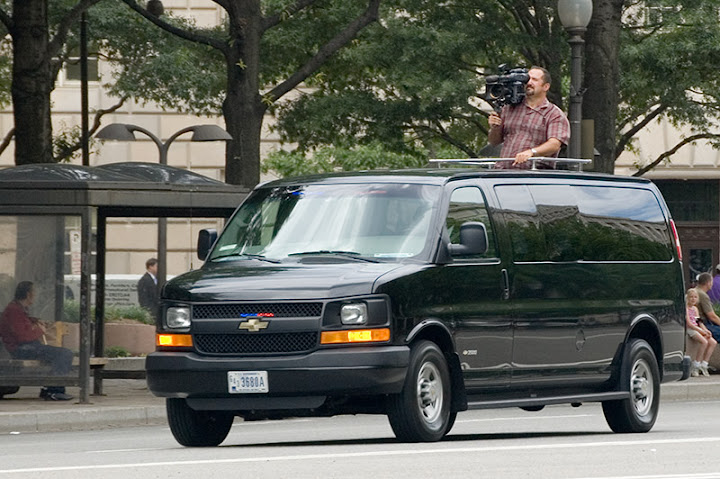 I've held off starting a new thread on this but I can see 'want lists' being made in various threads and it makes sense to bring them together.

I am partly motivated by Techmoan's video review on the Mobius where the manufacturer used feedback from Techmoan and people posting on his website to design the Mobius (or to adapt it to use as a dash cam) - i.e. manufacturers may at least consider what we suggest.

I found it interesting that the Mobius manufacturer deliberately omitted features like GPS to keep the size of the unit and price down - i.e. other factors come into play.

If I can summarise suggestions that I have seen made on this website:

1. The camera and guts separated.
2. Write to hard drive instead of/in addition to/as a back up for SD card (?)

4. Capacitor instead of battery, to reduce problems caused by high temperatures inside cars in summer.

5. Parking Mode with the 5 second pre-motion detect feature (if I can call it that) where 5 seconds of video is always recorded but not saved and when motion detect is triggered, those previous 5 seconds are written to memory.

6. Multi-camera support. Ideally you would be able to plug 2 or even 4 cameras in. However this will drive prices up so I suspect that manufacturers will be less keen. The question is how many of us would install 2 or 4 cameras in our car, and how much does it reduce the price if manufacturers make one unit that accepts 2 or 4 cameras rather than customers having to buy 2 or 4 separate devices, each only able to work with just one camera?

Credit for the suggestions above goes to the people who made them on various threads, not me.
Last edited: Oct 19, 2013

There's a thread here already on how the perfect dashcam should be designed, probably several pages deep though as it hasn't had any posts in a while

jokiin said:
There's a thread here already on how the perfect dashcam should be designed, probably several pages deep though as it hasn't had any posts in a while
Click to expand...