My install - Hardwire into a Honda CR-V

Bought the SG9665GC and the CPUSB01 Hard Wire kit. 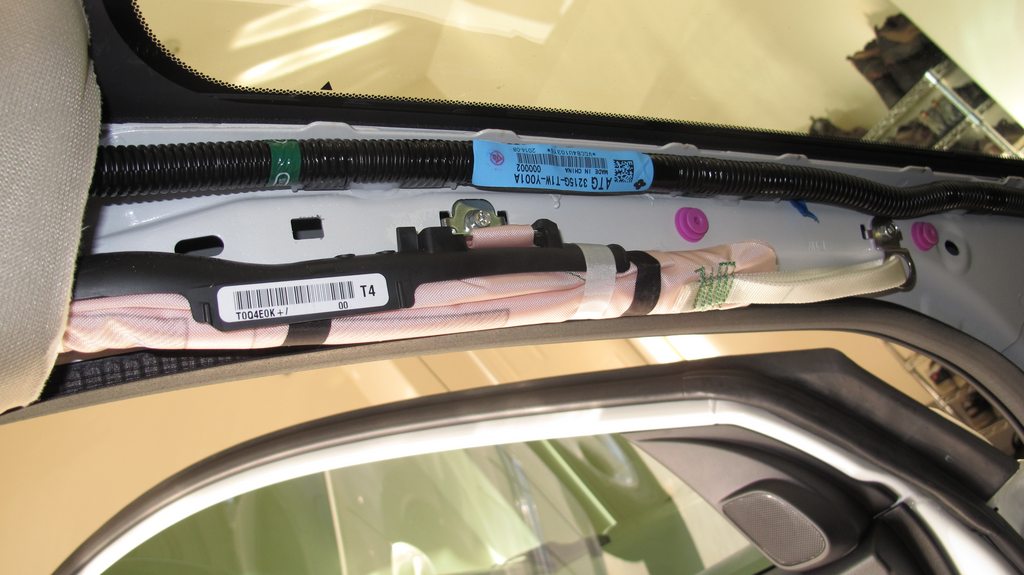 Where it "goes down" into the dash... 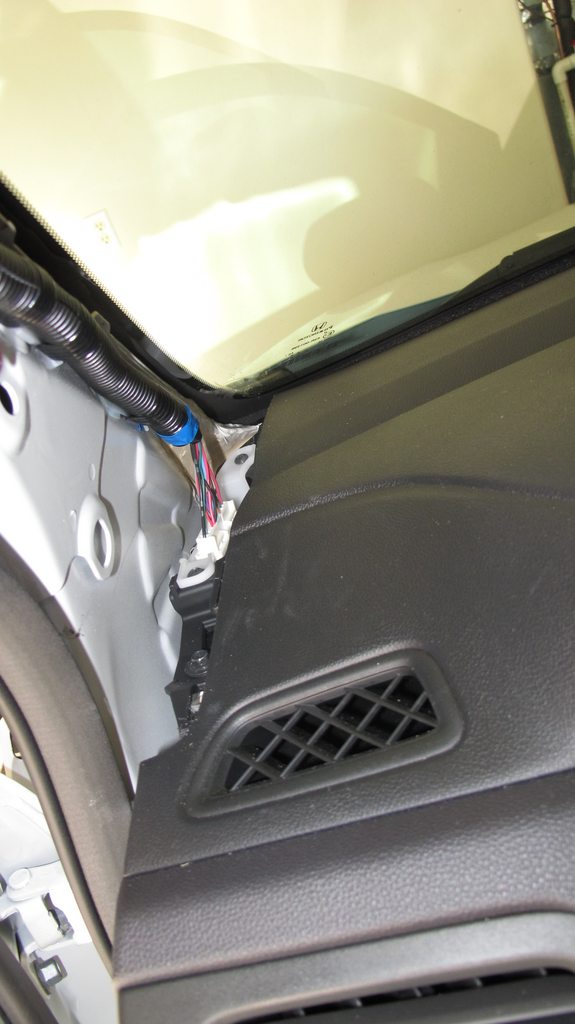 Used this PDF file from College Hill Honda (Steps 8-11) to find out how to remove the A-Pillar:
http://www.collegehillshonda.com/instructions/crv/2015/daynightmirror.pdf


This give you access from the Fusebox area on the Driver's side up to the ceiling header. 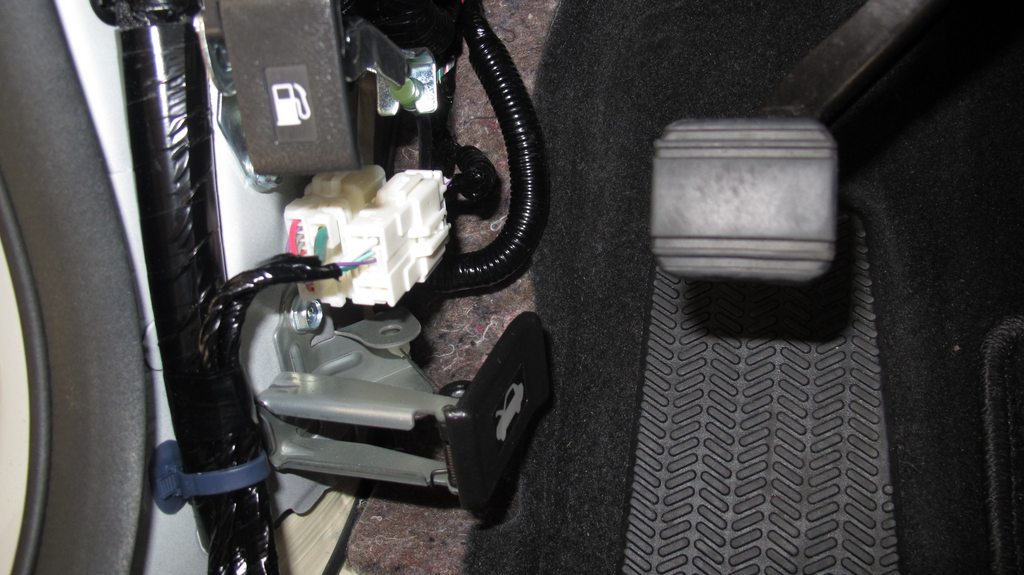 You will need to also move the two 'white' plugs so you can get to the "grounding screw". 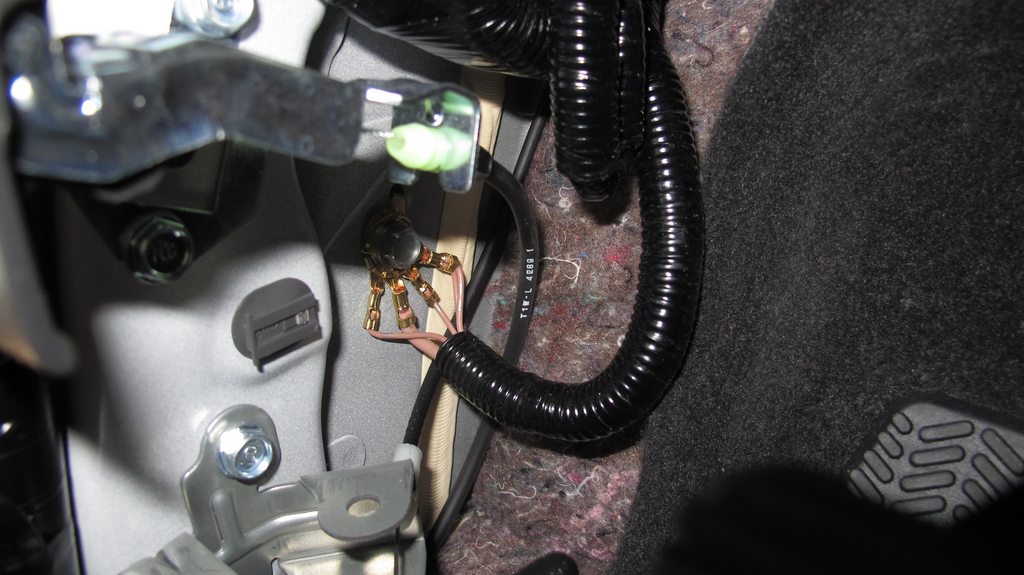 Here's a pictures of the Fusebox and the Grounding Screw where the CPUSB01 "end" wires will need to plug into. 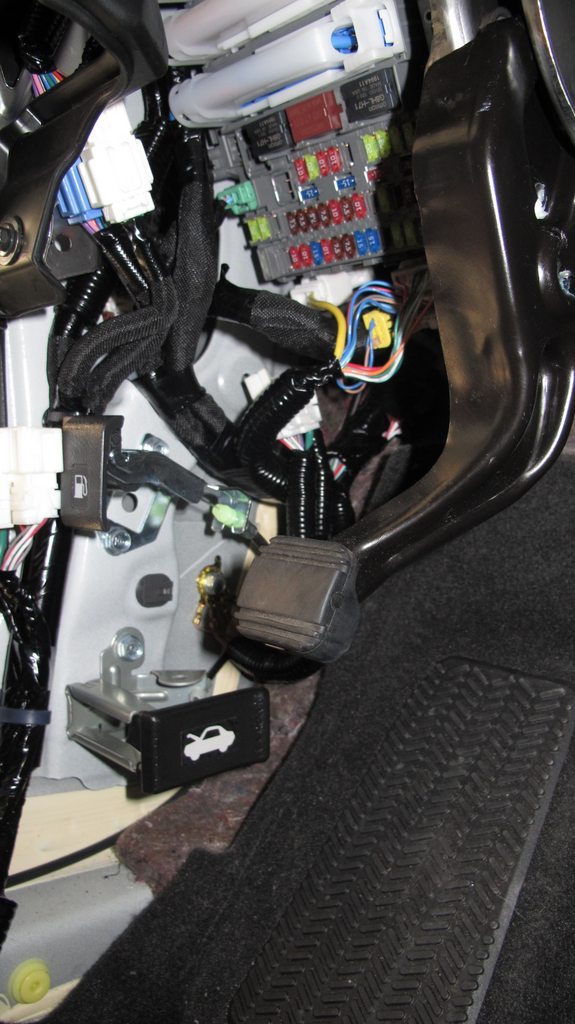 I used a Add-a-Fuse: ATM-Low Profile that I got off eBay. 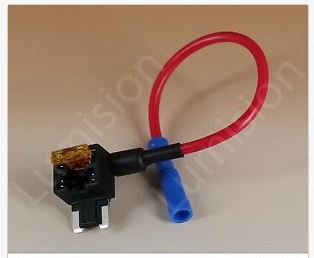 Here you can see it all wired into the Fusebox and connected to the "grounding" screw. 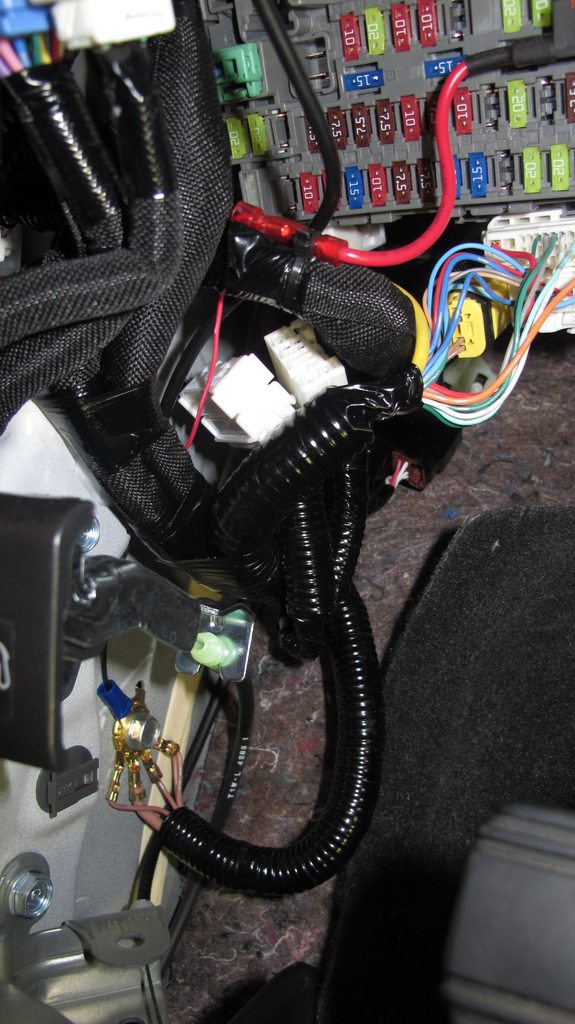 I originally used the Illumination Fuse #35, but that "turned" off after a few minutes during the day. Was "on" when I turn any of the light's "ON". I then moved it to the ACC Fuse #19, which is a switched "ON" fuse. I thought it was not going to fit with the Add-a-Fuse unit as it was near a "raised plastic" where I thought the Add-a-Fuse would not "fully" plug in. I gave it a try and it worked at that spot without any issues.

Wired it up the A-Pillar, avoiding the Curtain Airbag: 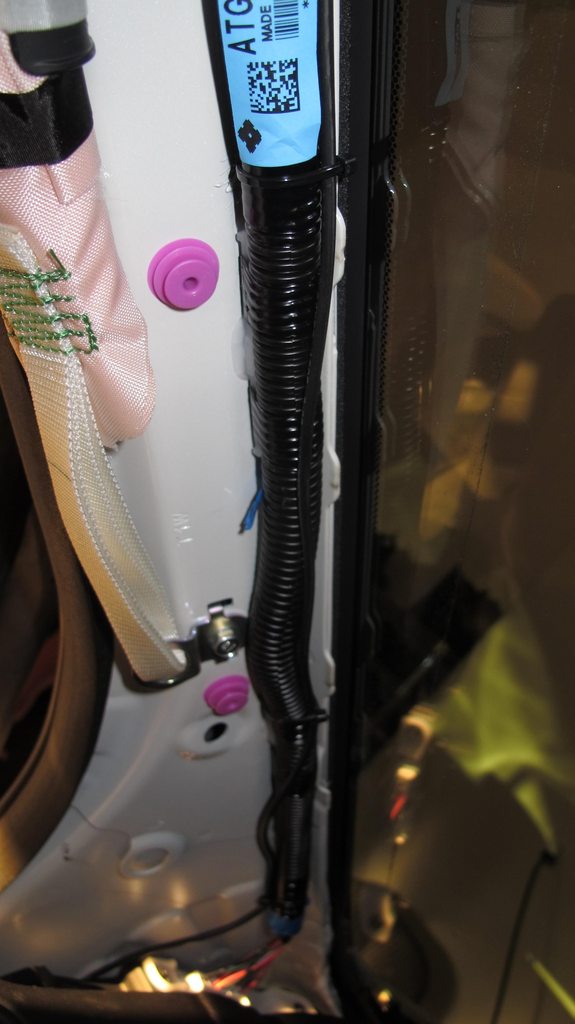 Tucked the cable all into the upper ceiling header and a look at how the camera is mounted on the windshield: 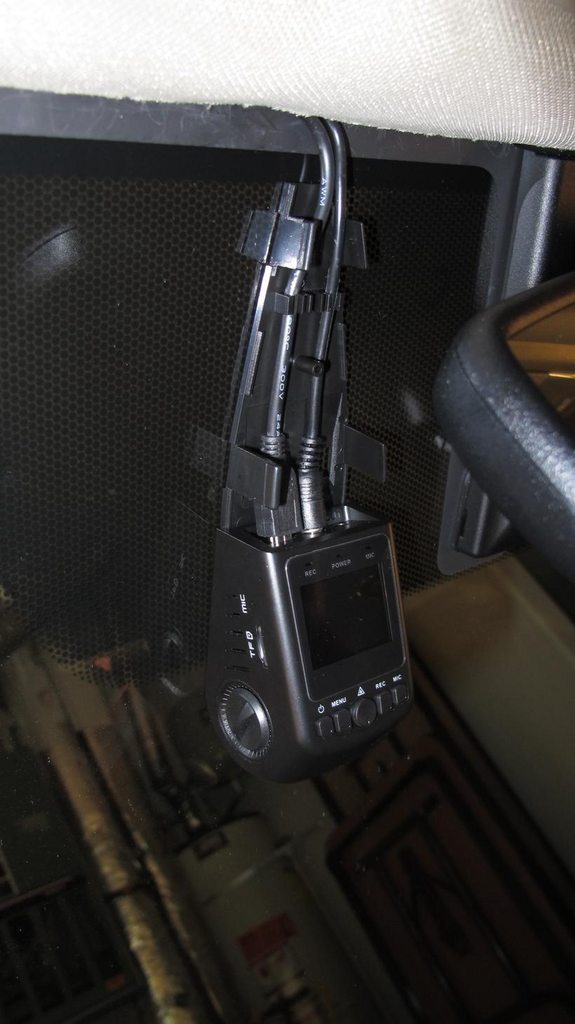 And where the GPS and Camera are mounted: 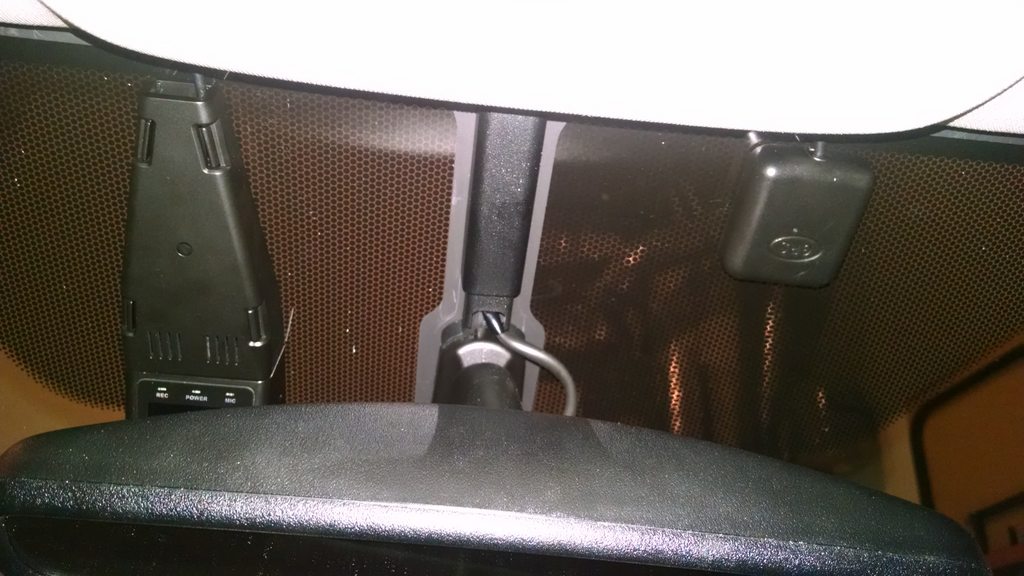 (GPS PCB Board is "flipped" so to mount it this way. Here's the here how video that Pier28 provided:
)


Over all I like the quality and the installation of the camera. I really like to thank Pier28 for their help as I received a "bad' CPUPS01 and they rush a new one out quickly.

Great Service and Support and a GREAT Dashcam!

Looks good! Did you remember to flip the PCB upside down in the GPS? The GPS logo needs to face the sky by default unless it's opened up and antenna board flipped over. For best GPS signal performance it's better to have the antenna as far away as possible but as long as you have good results your method is OK for some.
Last edited: Aug 5, 2015

Yes, I remembered to Flip the PCB Board in the GPS. I've updated the original post to include the How-To video.


Been lurking and reading the forums for some time. Just wanted to let people know that hard wiring is not that hard. Just go slow and research and ask questions if needed.
Last edited: Aug 5, 2015
C

Any issues with GPS signal there? I have mine all the way to the passenger corner of the windshield.
OP

jokiin - did says that "that's far enough away from the camera to not cause any issues". There was a thread talking about GPS positioning: https://dashcamtalk.com/forum/threads/how-critical-is-the-positioning-of-the-gps-antenna.12396/

nice neat install, you put some professionals to shame

<bookmarked for future reference>
truly inspiring .... now if only I could find the same manual for my car.
C

I was refering to the dot matrix.

clanlessaa said:
I was refering to the dot matrix.
Click to expand...

the dots don't interfere with the signal

Nice! Good to see a fellow Honda CR-V owner here. I opted for the Mini 0806, but I've heard nothing but good comments about the SG9665GC.
C

jokiin said:
the dots don't interfere with the signal
Click to expand...

That's good to hear. I may move mine then, so its more hidden. I even cut out the center of the mounting pad, lol

clanlessaa said:
That's good to hear. I may move mine then, so its more hidden. I even cut out the center of the mounting pad, lol
Click to expand...

classic, nothing like giving it more view of the sky there by cutting the tape.
I had some tourist van here a while back, they had their GPS mounted on the roof so it had clear view of the sky, they didn't put it in the window but on the roof and silicone it all up to make it waterproof, don't ask me why. it wasn't a dash cam but a gps for their boss knowing where they were.
S

Do those windshield dots cause any problems for the sticky pad staying on?

I have the mount for my camera in my Rav4 permantly attached with the 3m vhb tape in the "dotted" area with no problems so far.

not for me and had multiple cameras on the dots over the years.

they're only a problem for suction cups
G

Hi guys! Sorry for the very noob question as I'm new in this. But I just bought the SG9665GC / CPUSB01 and about to get Add-a-Fuse: ATM-Low Profile.

gotcoffee82 said:
Hi guys! Sorry for the very noob question as I'm new in this. But I just bought the SG9665GC / CPUSB01 and about to get Add-a-Fuse: ATM-Low Profile.

That's correct
Not sure which product you have that is blue you're referring to, but since there is only one wire on the add-a-circuit/add-a-fuse I can safely assume.
(EDIT you must mean the crimp)
You must log in or register to reply here.
Share:
Facebook Reddit Pinterest Tumblr WhatsApp Email Link
Top